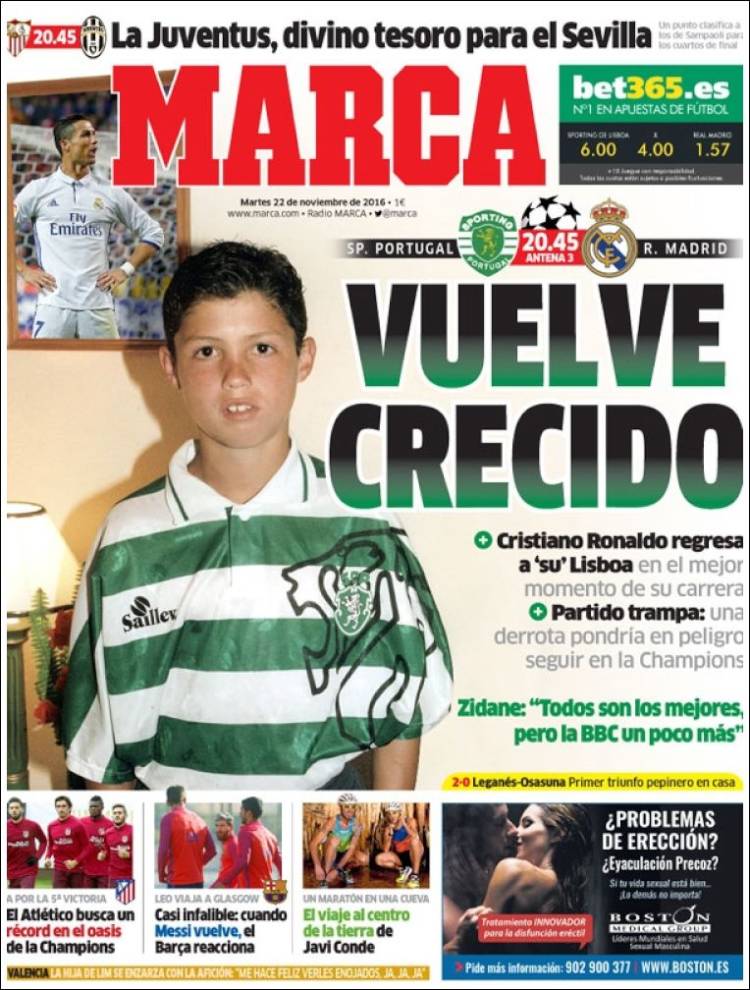 Returns all grown up

Ronaldo returns to Lisbon in the best moment of his career, match-trap - a loss could endanger Real Madrid in the Champions League! 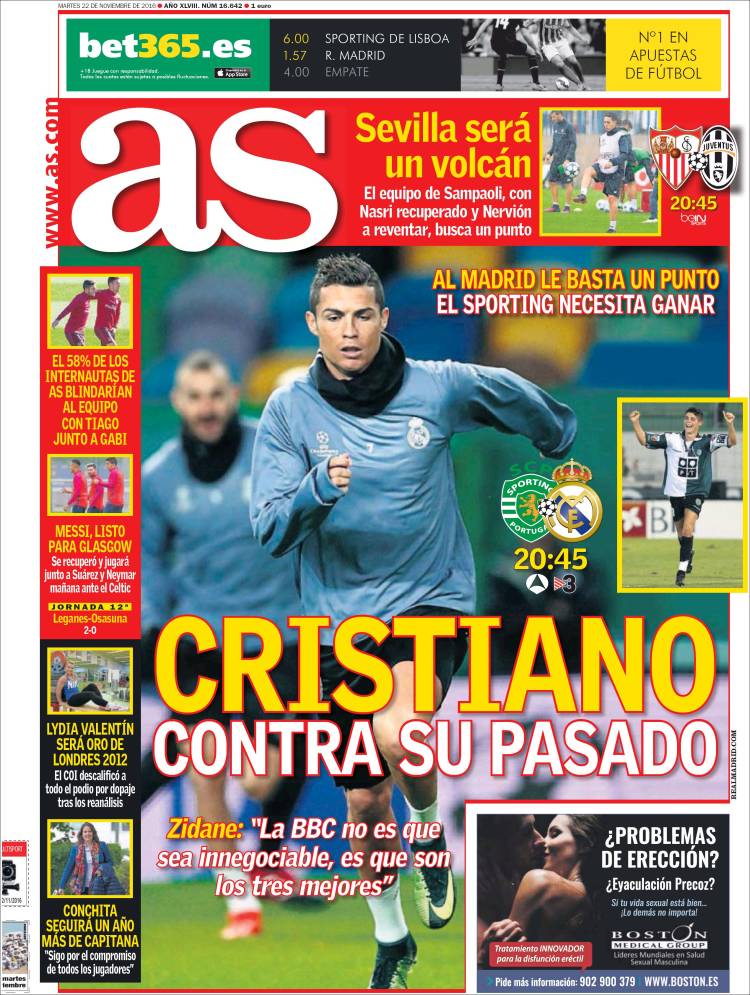 Cristiano against his past

1 point for Real Madrid would be enough to go through to the next round, Sporting CP need to win

Zidane: The BBC aren't non-negotionable, but they are the three best players

Sevilla to be a volcano - Sampaoli's side, with Nasri back and at home in Sanchez Pizjuan, need a point

Messi, listed for Glasgow - will be in Barca squad for Champions League trip 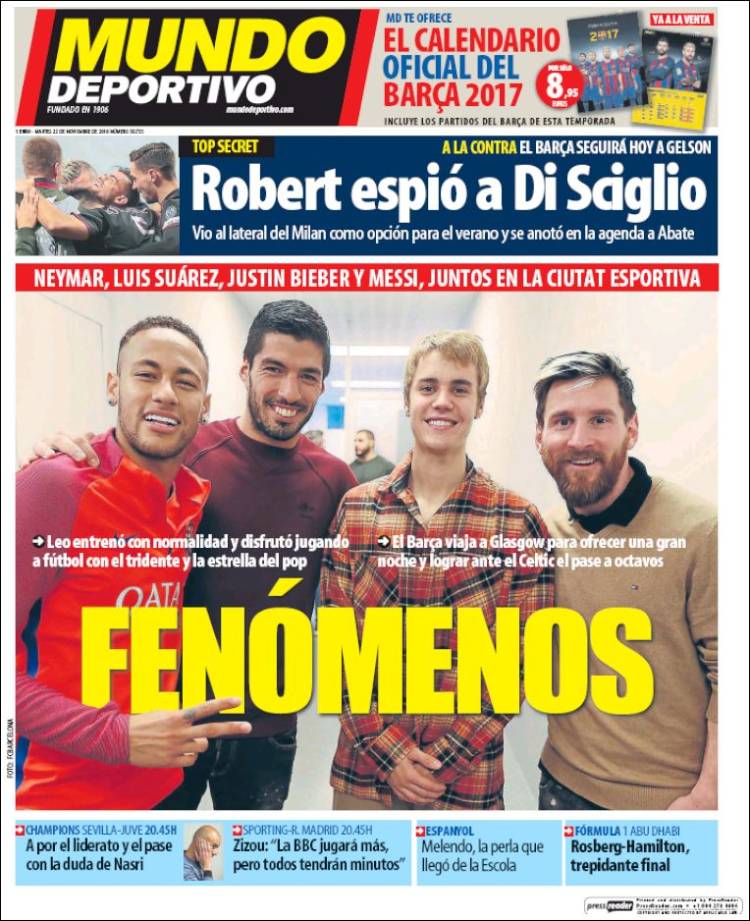 Melendo, the pearl that came from the Escola