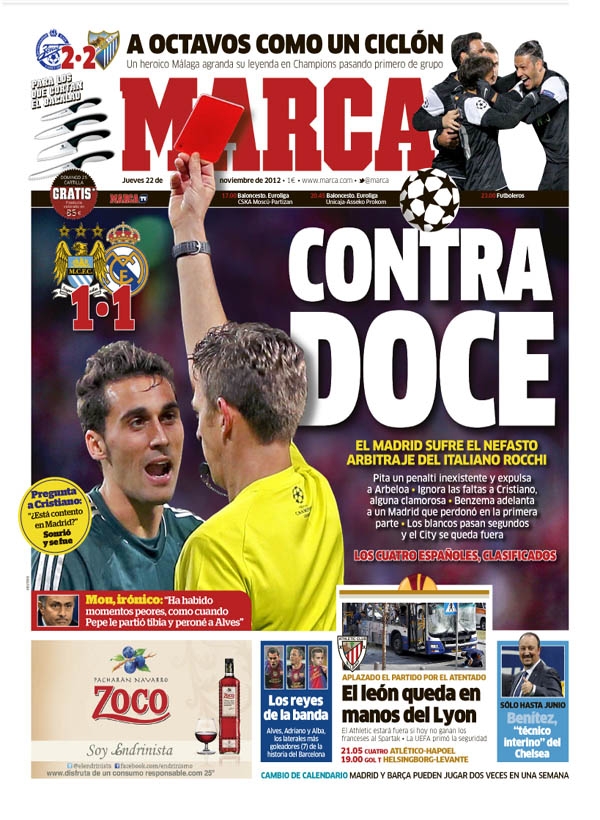 Mou ironic: There have been worse times, like when Pepe broke the tibia and fibula of Alves

The kings of the wing

Athletic in the hands of Lyon

Only until June - Benitez the ‘interim Coach’ at Chelsea 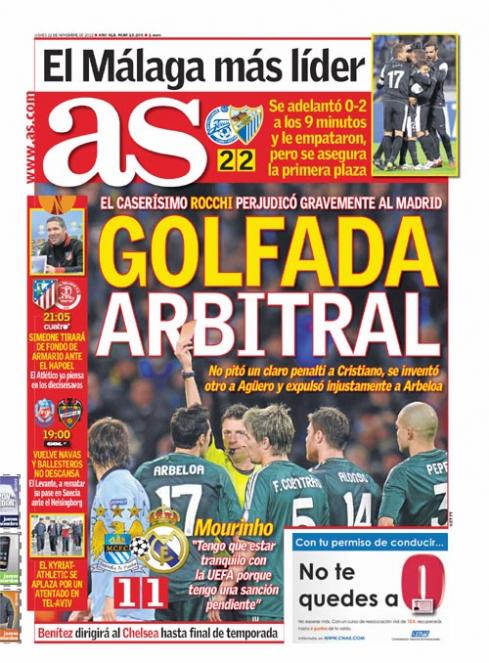 2-2: ahead 0-2 after nine minutes and drew, but Malaga ensures top spot

Does not whistle for a clear penalty for Cristiano, invents another for Aguero and unfairly dismisses Arbeloa

Mourinho: I have to be quiet with UEFA because I have a suspended sanction 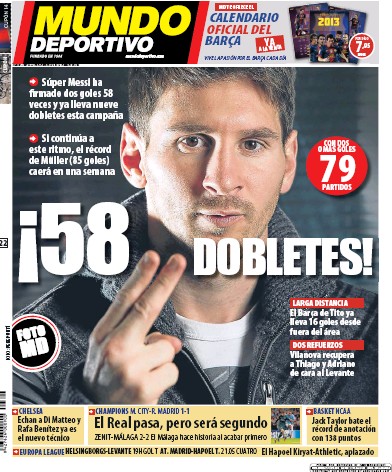 Chelsea: Di Matteo cast out and Rafa Benitez is now the new Coach

Champions League: Real progress, but will be in second