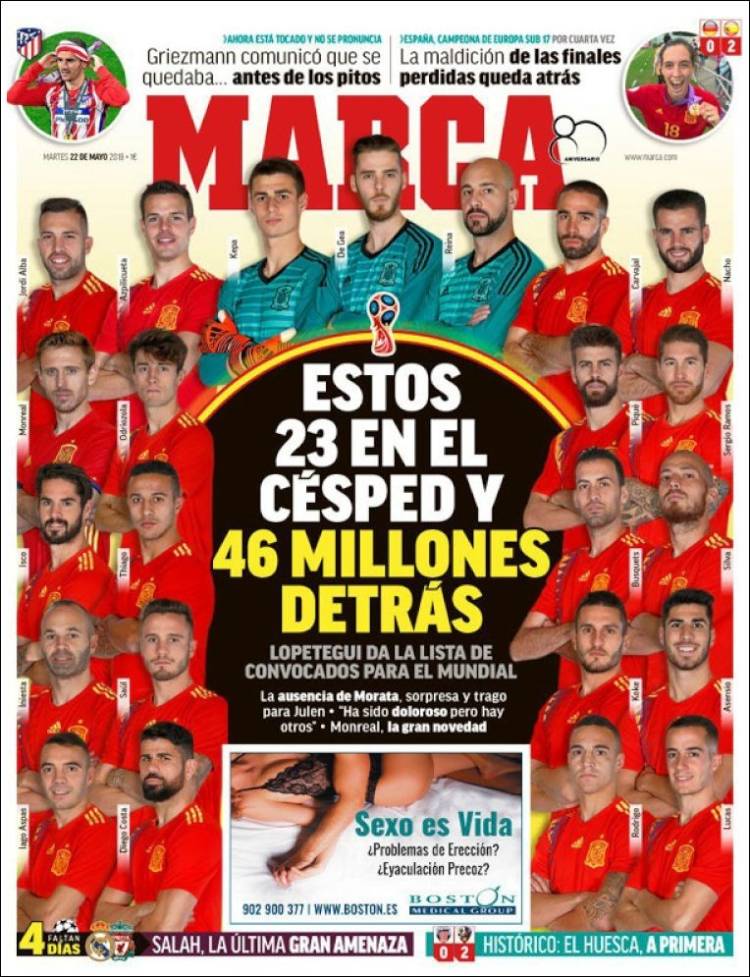 These 23 on the grass and 46m behind them

Griezmann communicated he would remain...before the whistles

Huesca, promoted to the Primera 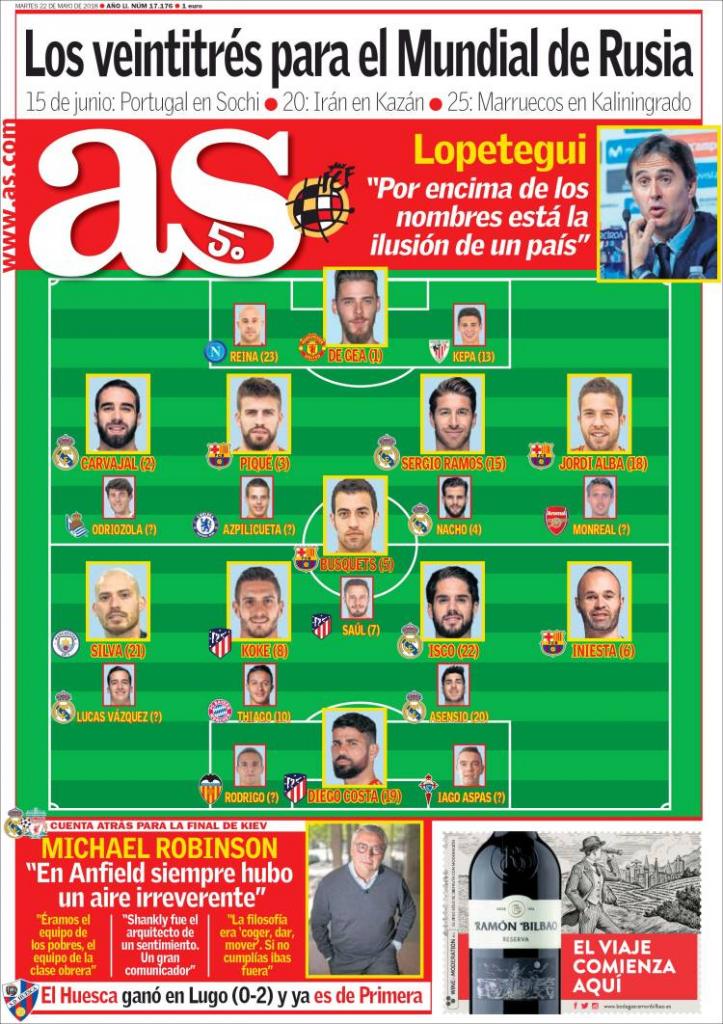 The 23 for the Russia World Cup

Lopetegui: Above the names is an illusion of a country

Michael Robinson: At Anfield there was always an irreverant ambience 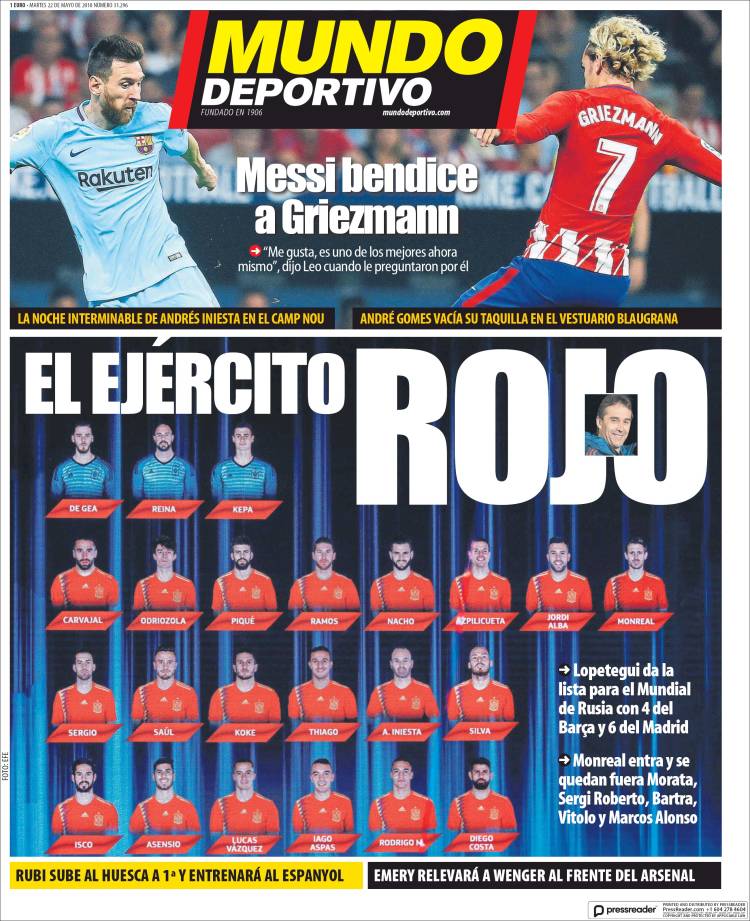 Messi blesses Griezmann - 'I like him, he's one of the best at the moment'

Rubi wins promotion with Huesca to the Primera

Emery to replace Wenger at Arsenal