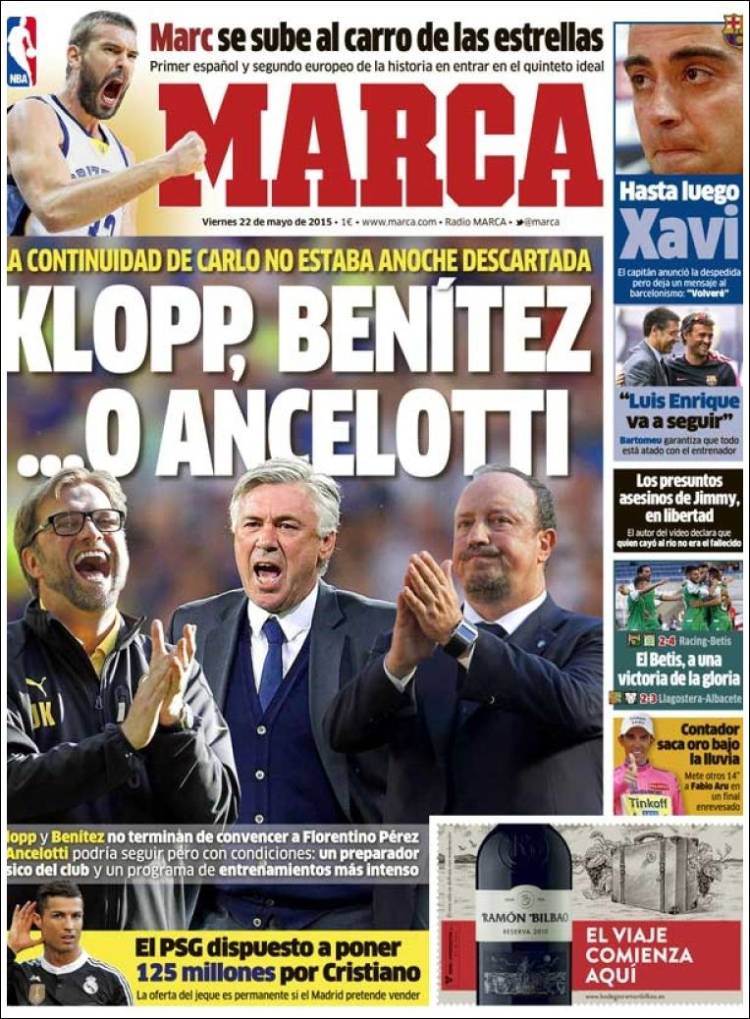 Carlo’s continuity was not ruled out yesterday

Klopp and Benitez do not end up convincing Florentino

Ancelotti could continue but with certain conditions: the club’s physical Coach and a more intensive training programme

PSG are ready to pay €125m for Cristiano

The captain announces his goodbye but leaves a message to Barcelona: “I’ll be back”

“Luis Enrique will carry on”

Bartomeu guarantees that everything is settled with the Coach

Betis, one victory away from glory 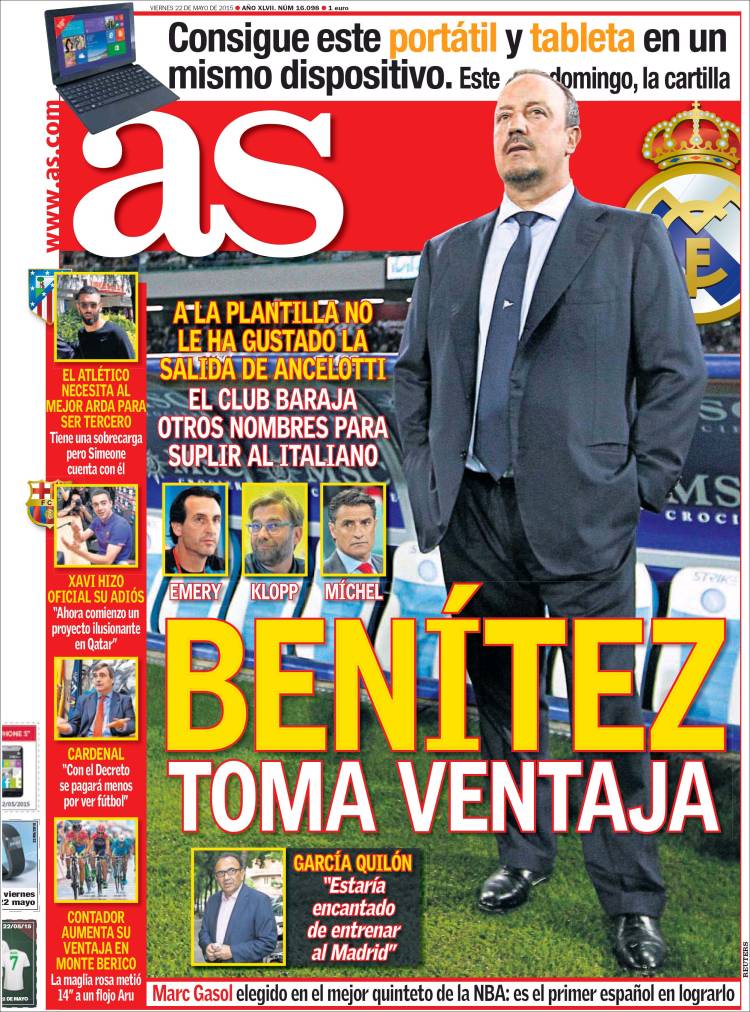 Benitez has the advantage

The club considers other names to replace the Italian

Atletico need the best Arda to finish third. He has a muscle strain but Simeone is counting on him

Cardenal: “With the Decree people will pay less to watch football” 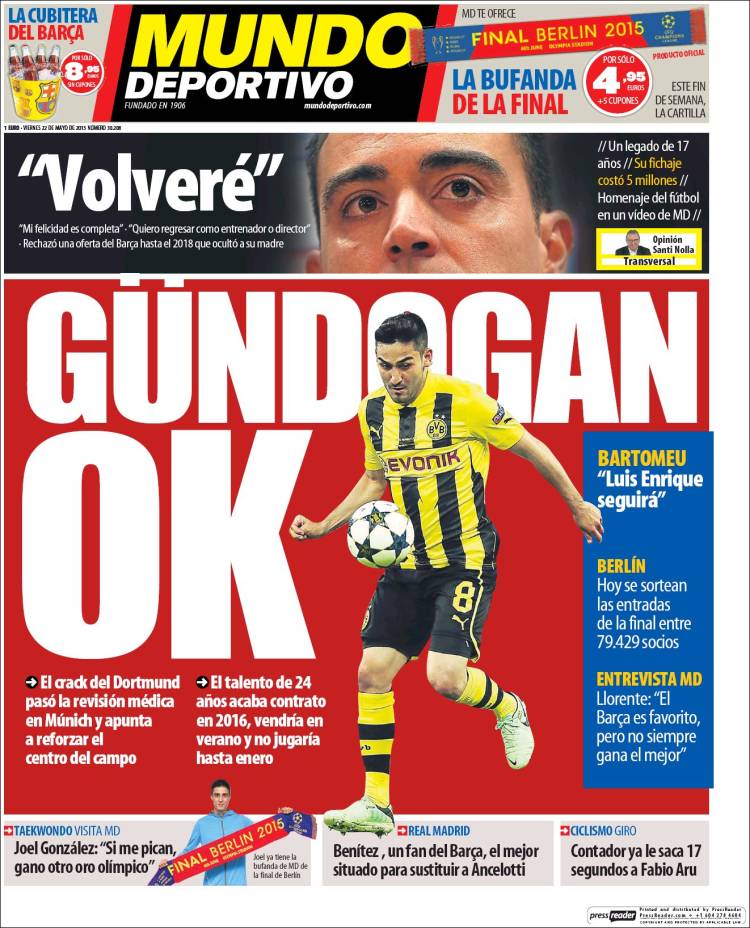 The talented 24-year-old finishes his contract in 2016, he would come in summer but not play until January

“My happiness is complete”

“I want to come back as director of football”

He rejects a Barca offer until 2018 that his mother hid

Berlin: today they will draw the tickets for the final among 79,429 members

Llorente: “Barca are favourites but the best don’t always win”

Benitez, a Barca fan, the best placed to replace Ancelotti