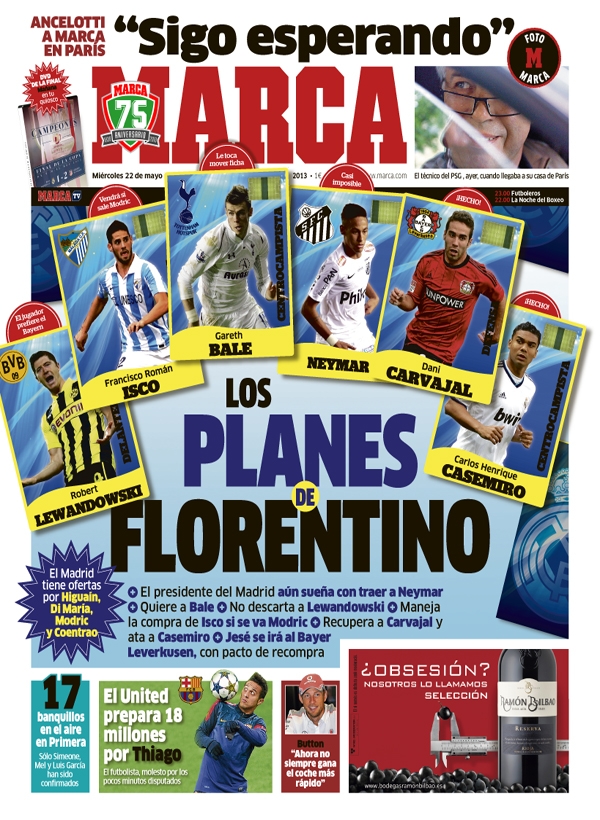 Isco, will come if Modric leaves

The president of Madrid even dreams of bringing Neymar

He wants Bale, does not discard Lewandowski idea, will tempt Isco if Modric leaves, wants to bring back Carvajal and wants to tie up Casemiro

Ancelotti to Marca in Paris; "I continue waiting"

Madrid have offers for Higuain, Di Maria, Modric and Coentrao

17 benches up in the air in the Primera

Only Simeone, Mel and Luis Garcia have been confirmed

The footballer is frustrated by the lack of playing time

Button: "Now whoever has the fastest car wins" 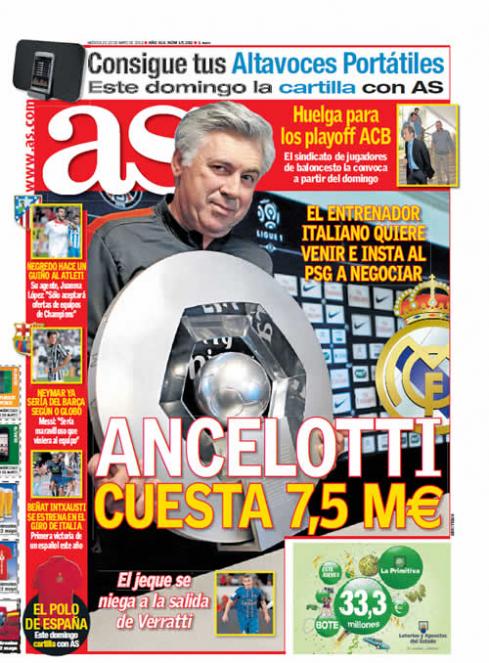 The Italian boss wants to come and urges PSG to negotiate

The sheikh denies that Verrati will leave

Negredo to say yes to Atleti

His agent, Juanma Lopez, "He will only accept offers from Champions League teams"

Neymar already at Barca according to Globo

Messi: "It would be wonderful if he came"

The first victory for a Spaniard this year

Huelga for the ACB playoff

The syndicate of basketballers to call to one this Sunday 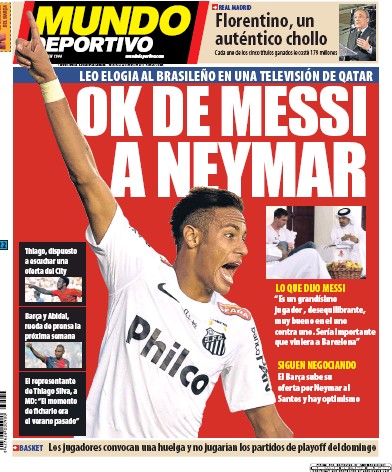 What Messi says, "He is a great player, unrivalled, very good when one on one. It would be important if he came to Barcelona"

Talks continue: Barca up their offer for Neymar to Santos and are optimistic

Thiago, to listen to City's offer

Barca and Abidal, a press conference next week

Thiago Silva's representative to MD: "The moment to sign him was last summer"

Basketball: "The players will call a striker and would not play the playoffs this Sunday"

Every one of the five titles has cost him 179€ million