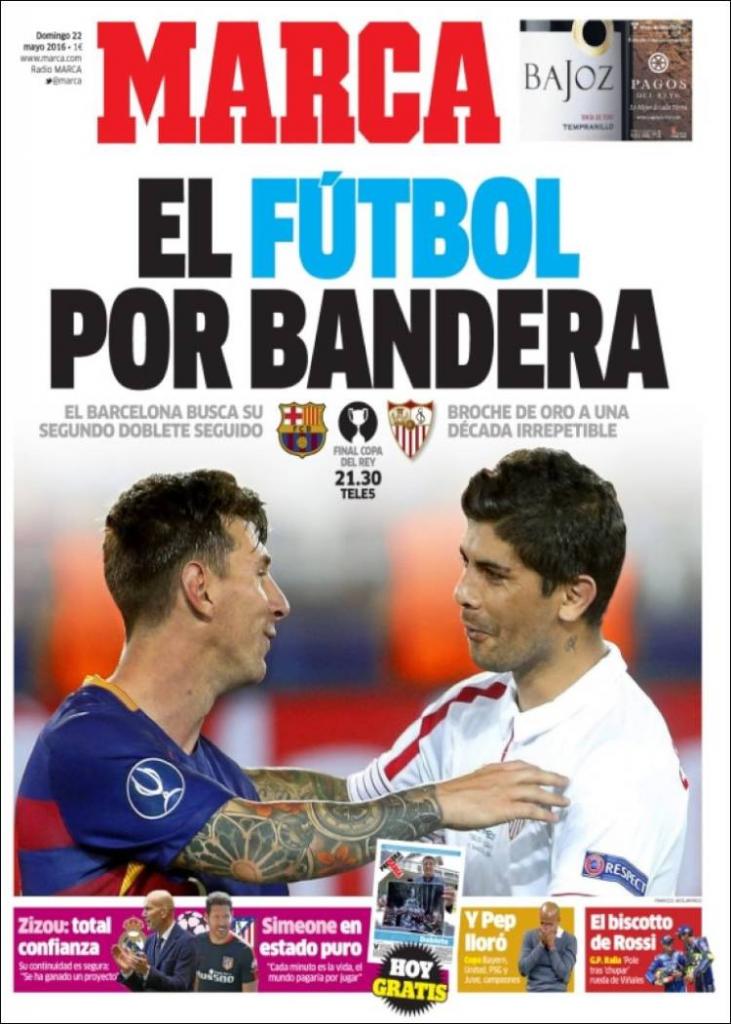 Football for a cause

Sevila hope to end an unrepeatable decade with a flourish

His continuity is certain: “He’s earned the project”

Simeone in his purest form

“There’s life in every minute, the world would pay to play [in a final]” 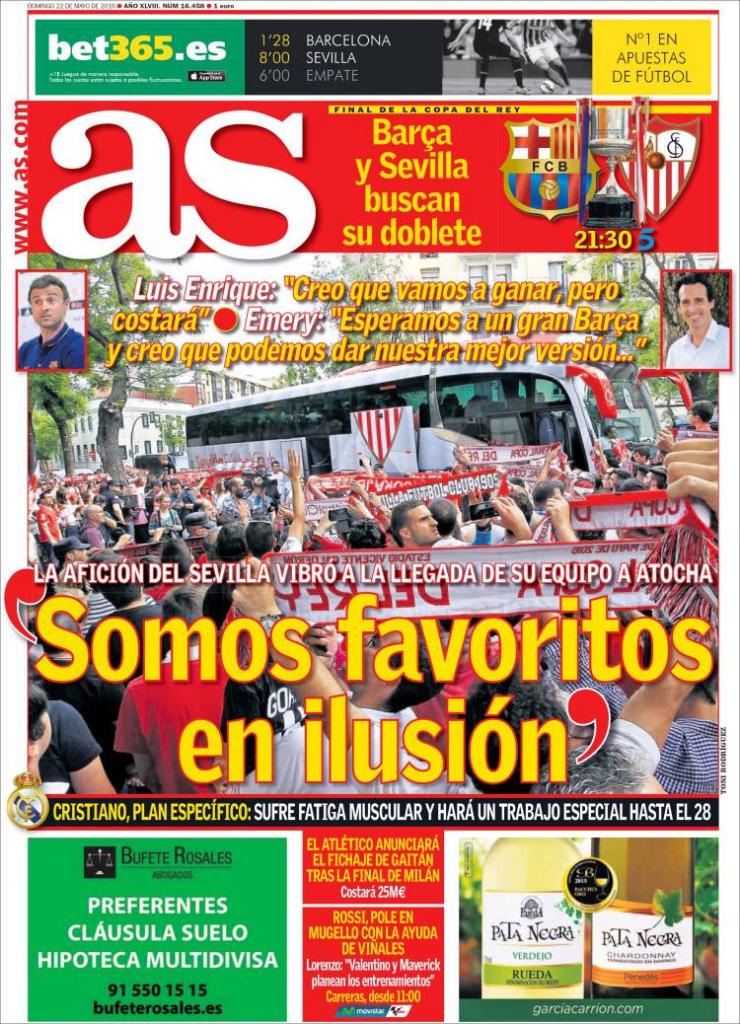 Luis Enrique: “I think we’ll win, but it’ll be difficult”

Emery: “We expect a great Barca and I’m sure we can give our best version...”

Cristiano, specific plan: he has suffered muscle fatigue and will be on a special training plan until 28 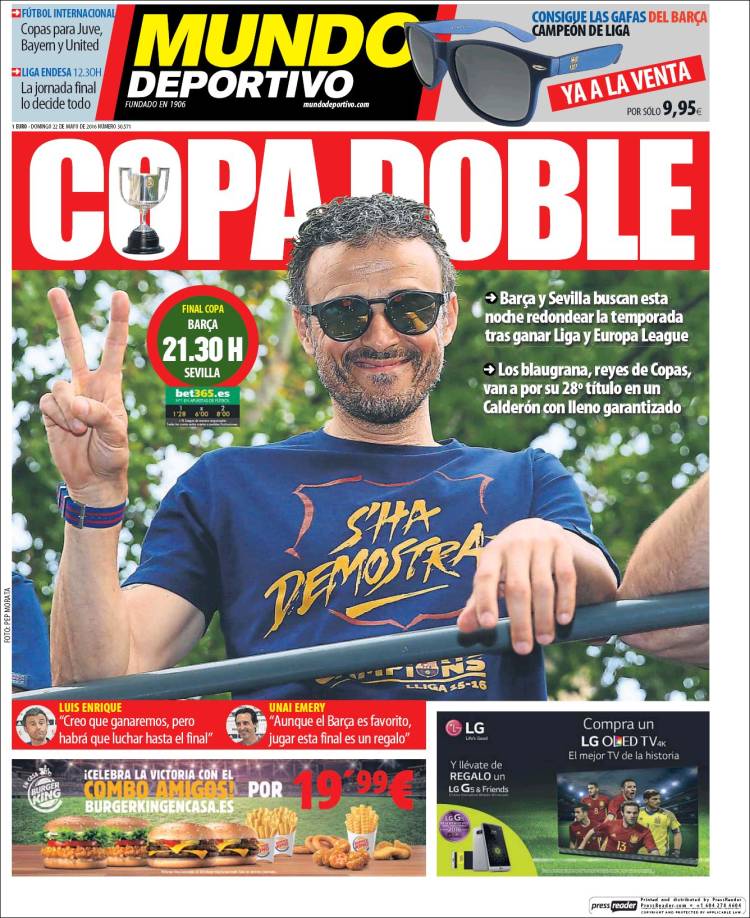 La Blaugrana, kings of Copas, go for their 28th at a Calderon, with a full house guaranteed

Luis Enrique: “I think we’ll win, but we have to fight to the end”

Unai Emery: “Although Barca are favourites, to play in this final is a gift”

Cups for Juve, Bayern and United