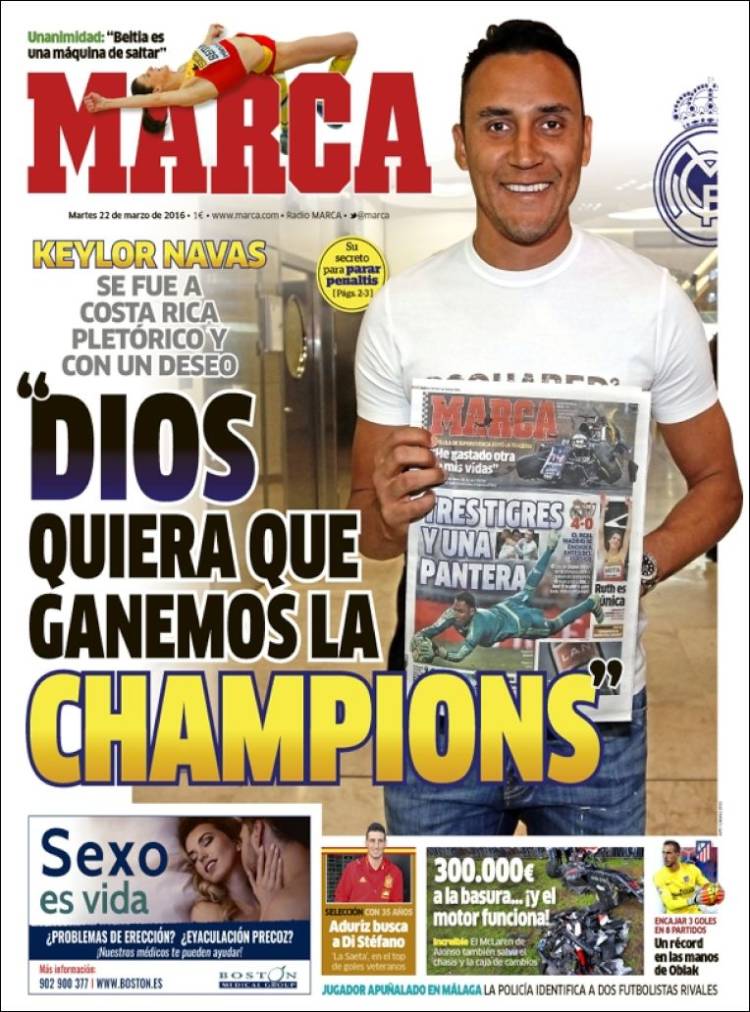 “God wants us to win the Champions League”

‘The Arrow’ is the top veteran scorer

A record in Oblak’s hands 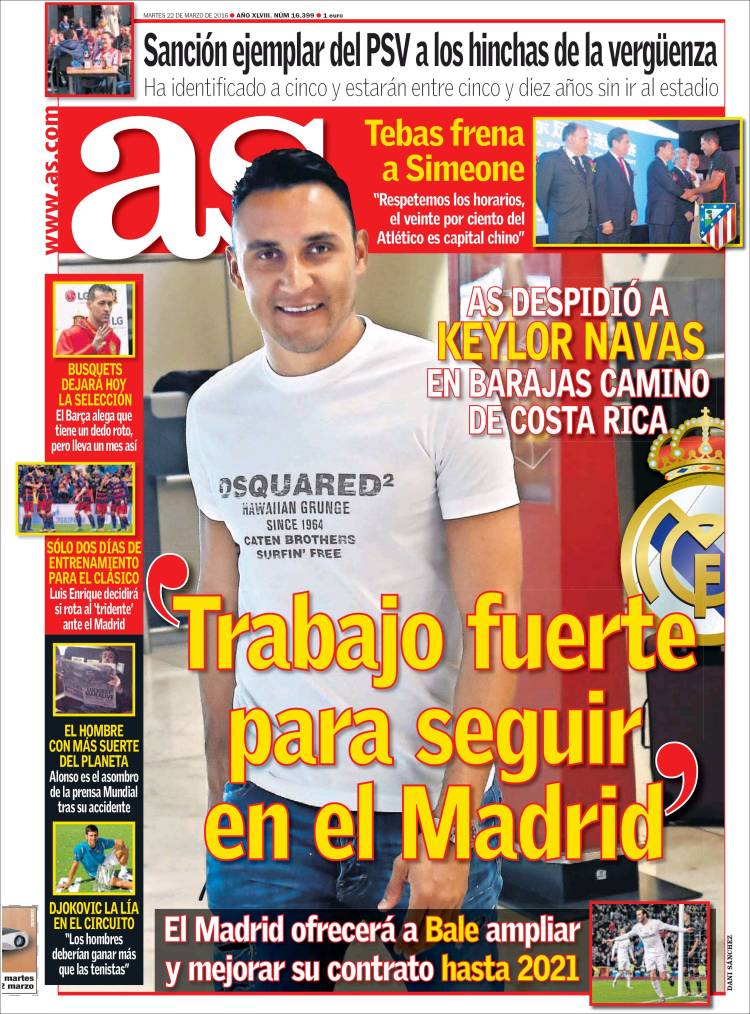 “We respect the schedules, 20% of Atletico is Chinese capital”

“Working hard to continue in Madrid”

Barca claim he has a broken finger, but has for a month

Only two days of training for El Clasico

Luis Enrique will decide if he rotates the trident against Madrid 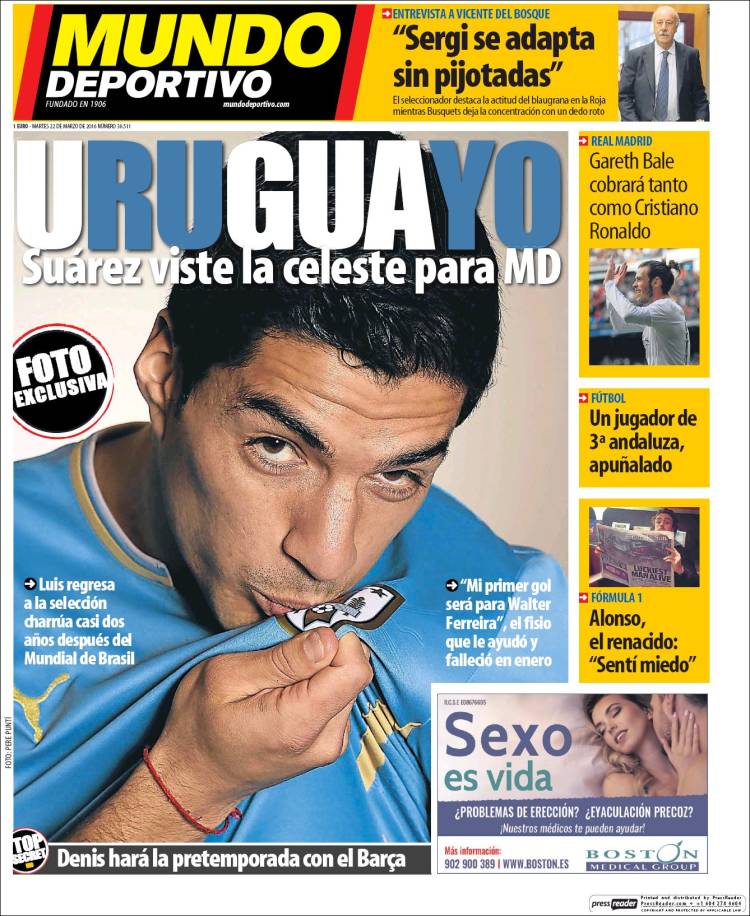 “My first goal will be for Walter Ferreira,” the physio that helped him and who died in January

Denis will do pre-season with Barca

Gareth Bale will earn as much as Cristiano Ronaldo

A player in the Andalusian third division, stabbed