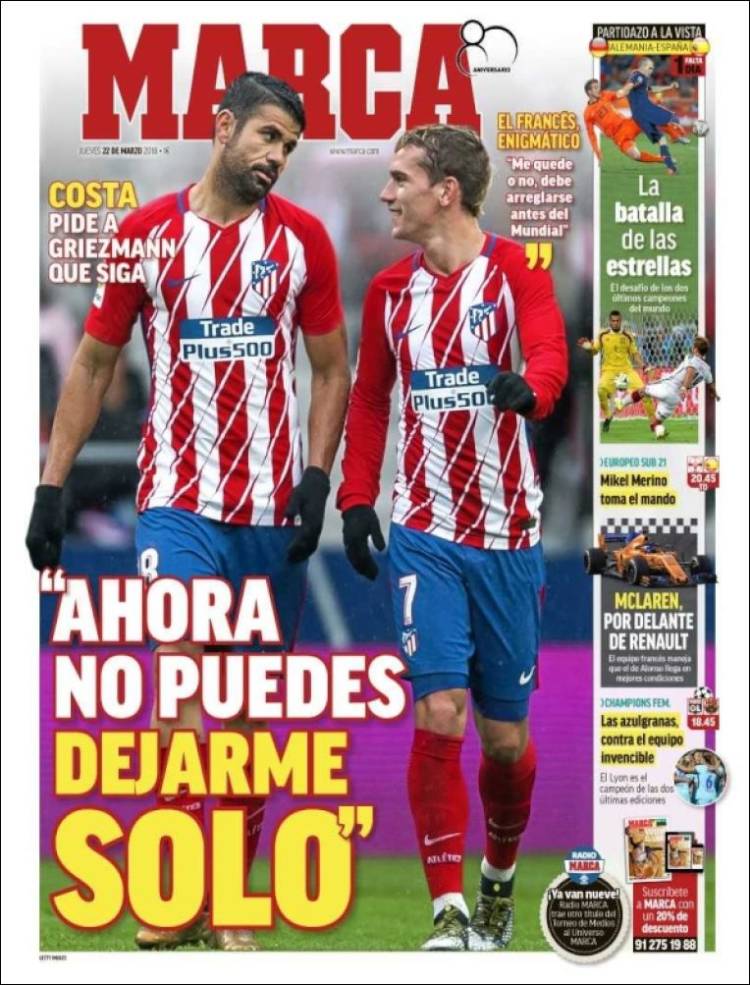 "Now you can't leave me alone"

Griezmann: "If I stay or not, it must be fixed before the World Cup"

The battle of the stars 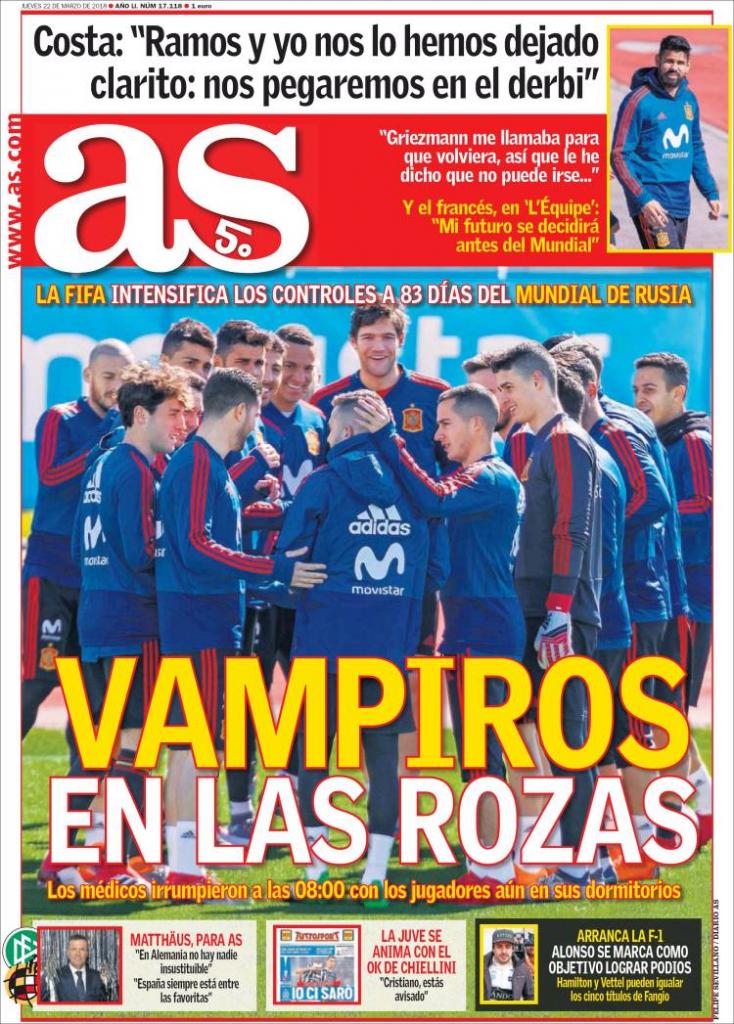 Vampires in the rub

Medics burst into players dormitories at 8am

Costa: Ramos and I have it clear: we will stick in the derby

Juventus encouraged by Chiellini - "Ronaldo, you are warned!" 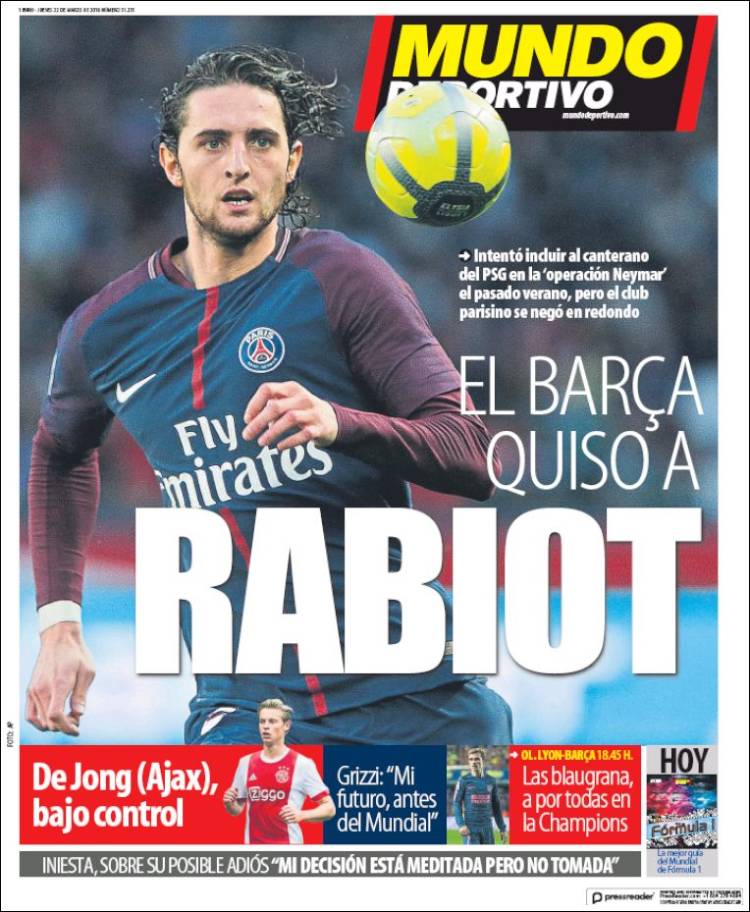 They wanted to include him in the Neymar operation last summer, but PSG refused

De Jong of Ajax, under control

Griezmann: "I want my future clear before the World Cup"

Iniesta on his possible future: "My decision is meditated but not taken"