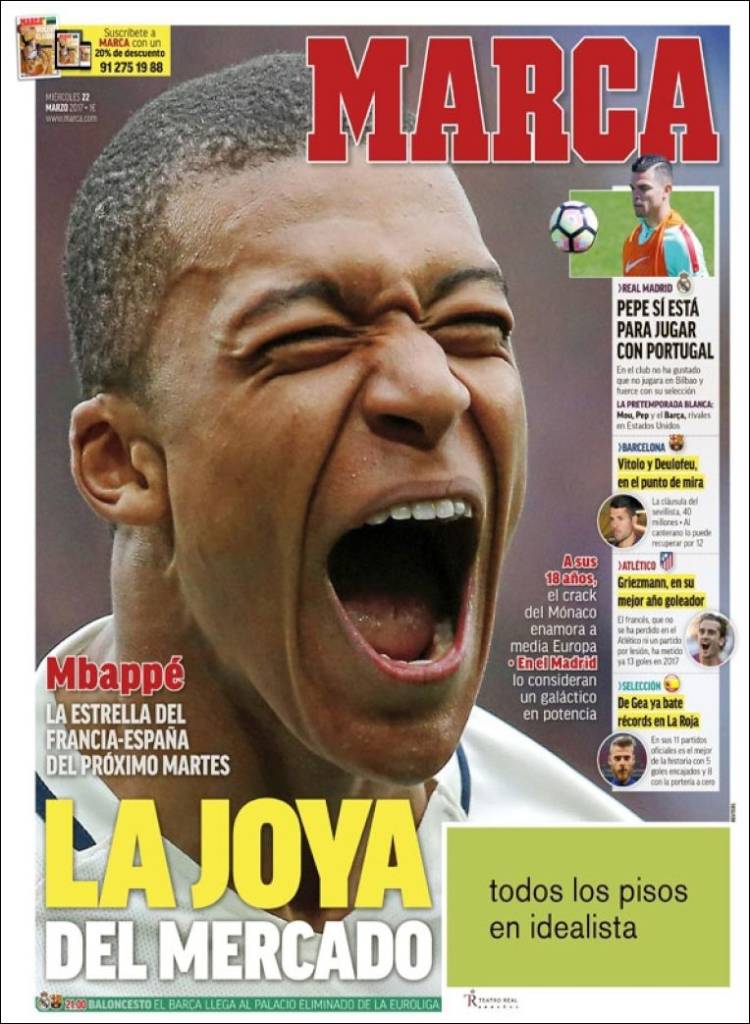 The jewel of the market

Mbappe - the star of France v Spain next Tuesday

Vitolo and Deulofeu, in the spotlight

Griezmann, in his best goalscoring year 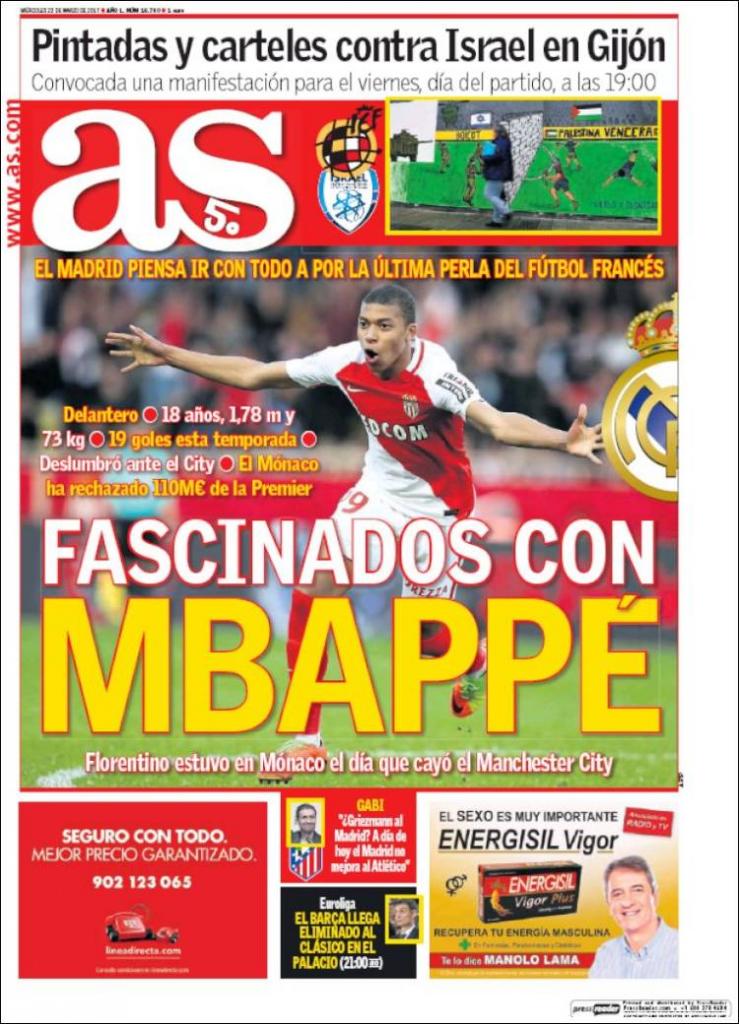 Real Madrid wants to do everything to get the French pearl

Florentino Perez was in Monaco to see his performance against City

Gabi: Griezmann to Madrid? That day will be when Atletico are no longer better than Real 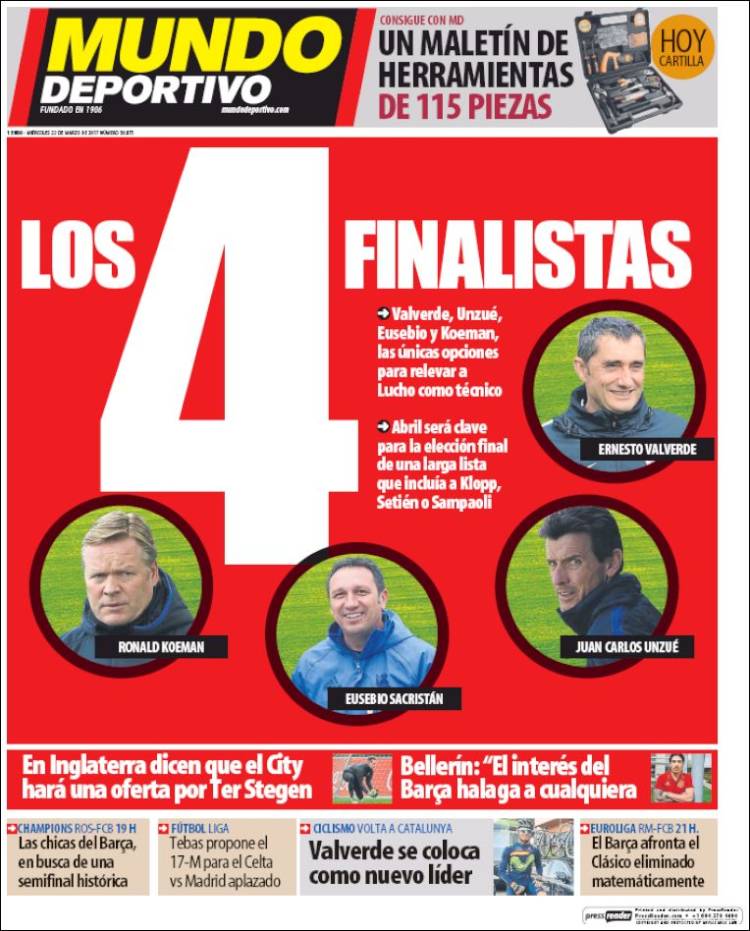 The 4 unique options to replace Lucho as boss, April will be the key to finalising the list that excluded Klopp, Setien, Sampaoli

In England they say City offered for Ter Stegen

Bellerin: Barca's interest would flatter anyone