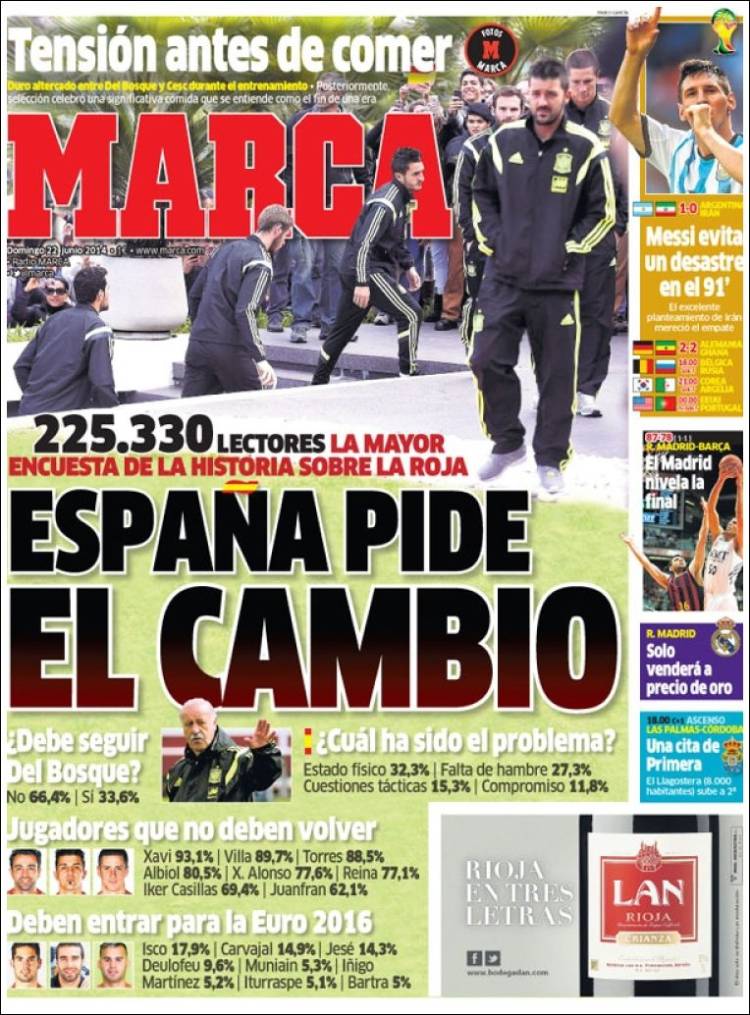 225, 330 readers, the biggest survey in history over La Roja

Difficult altercation between Del Bosque and Cesc during training

R.Madrid will only sell for the price of gold 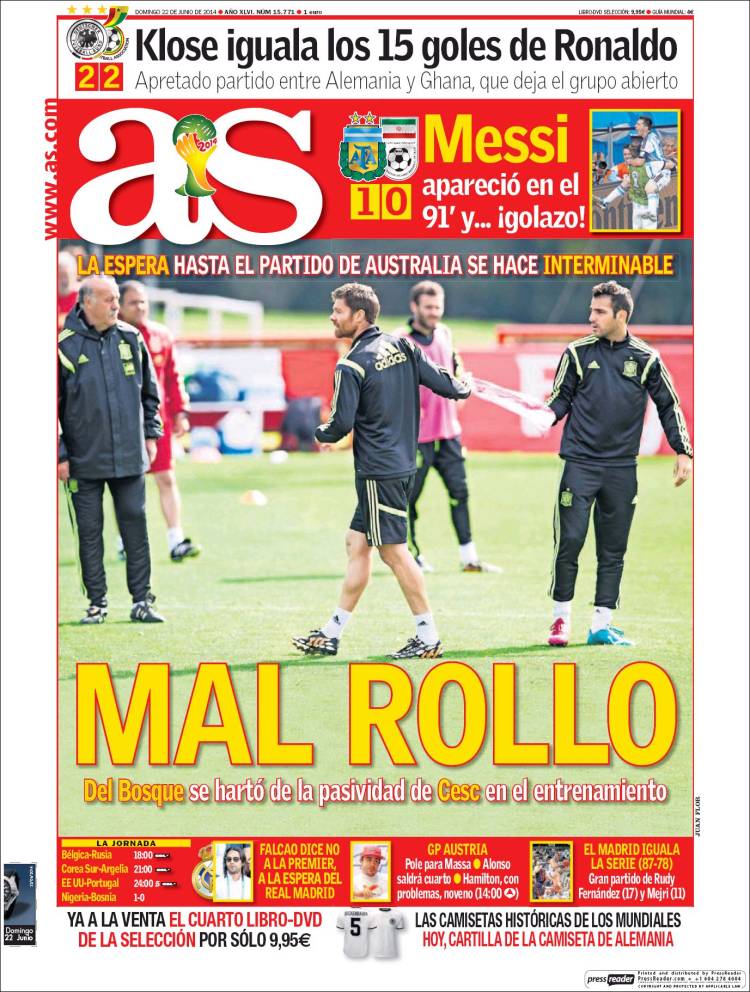 Del Bosque tired of the passiveness of Cesc in training.

The wait for the Australia game is endless

Tight game between Germany and Ghana that leaves the group open

Messi appears in the 91st minute and...what a goal! 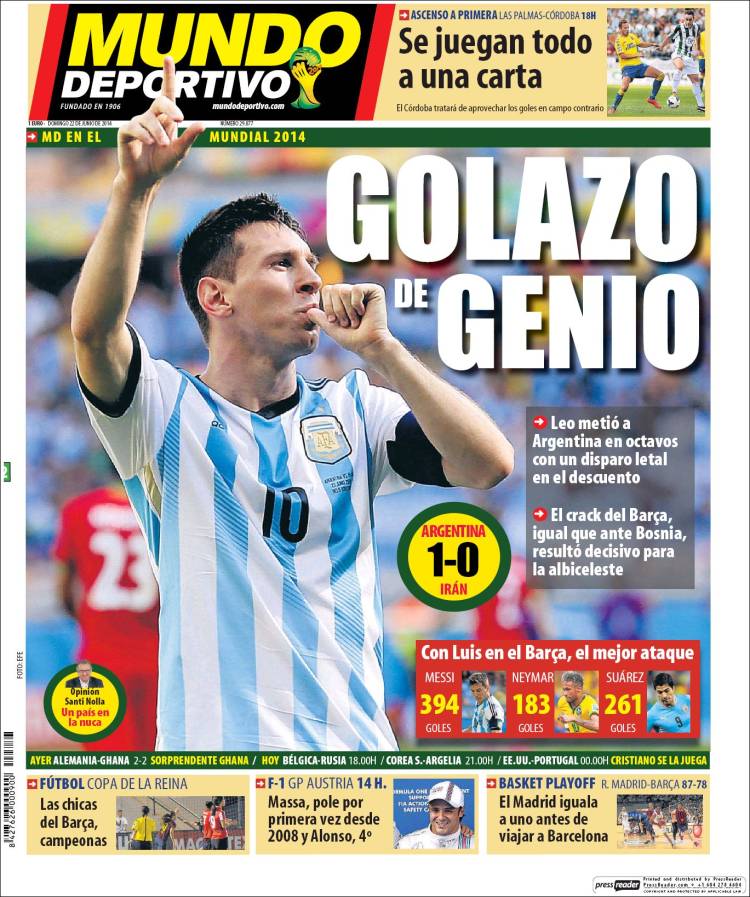 A great goal by a genius

The Barca star, like against Bosnia proved decisive for La Albiceleste

All to play for with the last card

Cordoba will try to take advantage of away goals