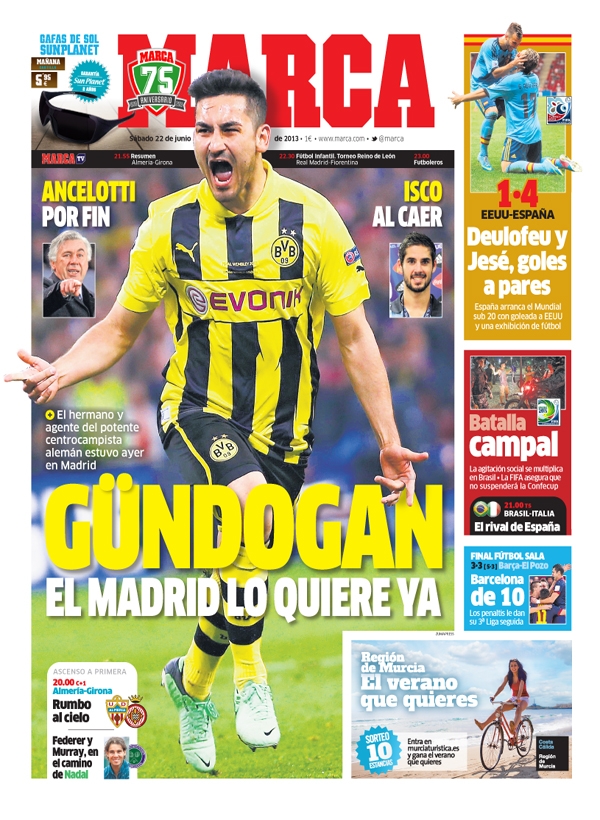 Gundogan - Madrid want him
The brother and agent of the powerful midfielder were in Madrid yesterday
Finally, Ancelotti
Isco coming through
US 1-4 Spain: Deulofeu and Jese bag braces
Spain kicked off their world cup under 20 campaign with a goal-feast against the US and a great exhibition of football
Pitched battle: Agitation of the masses multiplies in Brazil
Fifa assure that the Confederations Cup will not be suspended
Futsal final, Barca 3-3 El Pozo (5-3 pens)
10 out of ten for Barcelona
Penalties gives them their third title in a row
Almeria v Girona: Rumble in the sky

Federer and Murray could face Nadal at Wimbledon 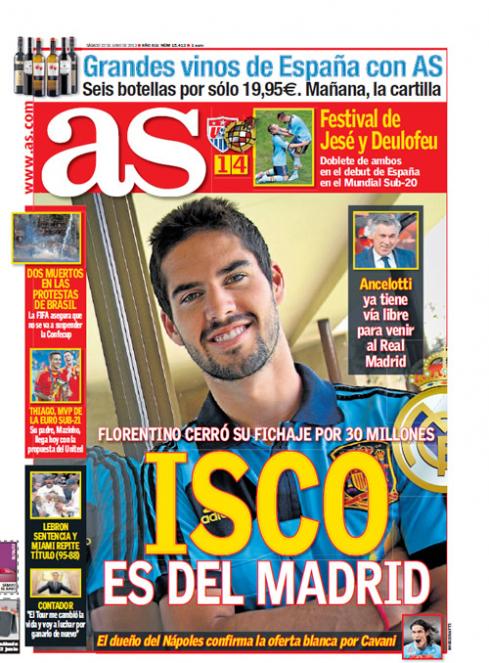 Isco on his way to Madrid
Florentino closes his signing with a 30€ million agreement
Napoli supremo confirms an offer from Real Madrid for Cavani
Ancelotti is now free to come to Real Madrid
Two deaths in the protests in Brazil
Fifa assures the Confed Cup will not be suspended
Thiago, player of the European Under 21 tournament
His father, Mazinho, assesses United's proposal
Jese and Deulofeu put on a show
They both bag braces in Spain's opener at the Under 20 world cup
Libron decides it as Miamo clinch another title

Contador: "The Tour has changed my life and I will fight to win it again" 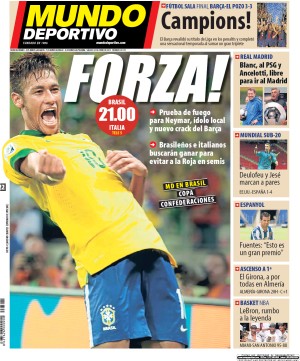 Basketball: LeBron destined to be a legend