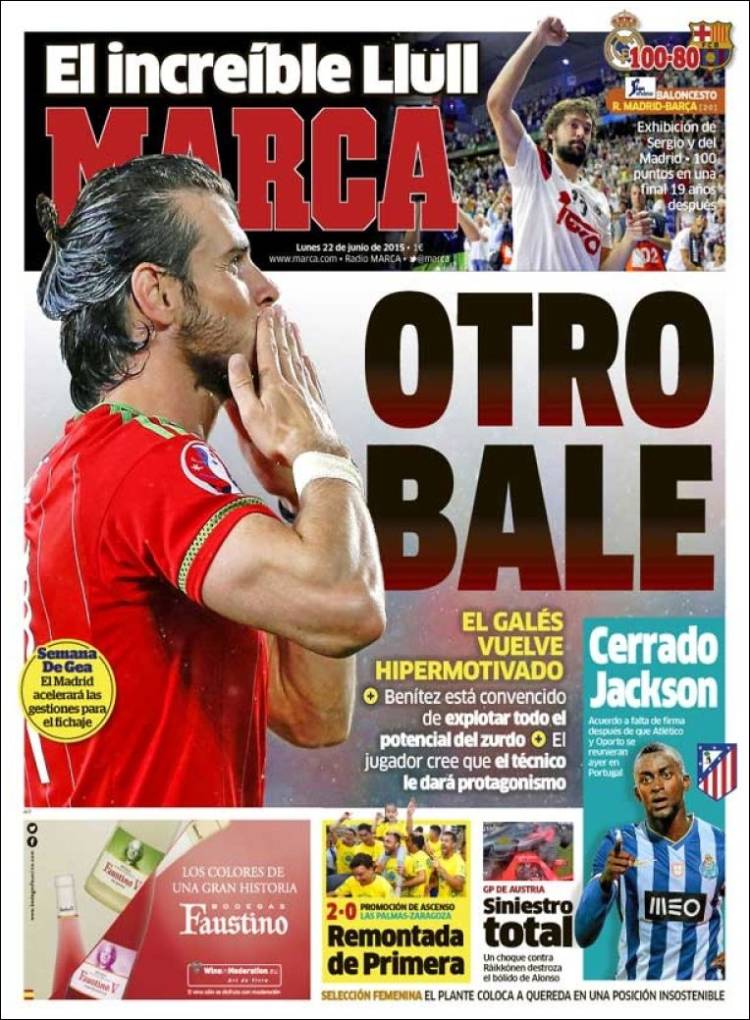 Benitez is convinced by the left winger’s potential

The player believes the Coach will give him prominence

Spain women - the squad leave Quereda in an untenable position 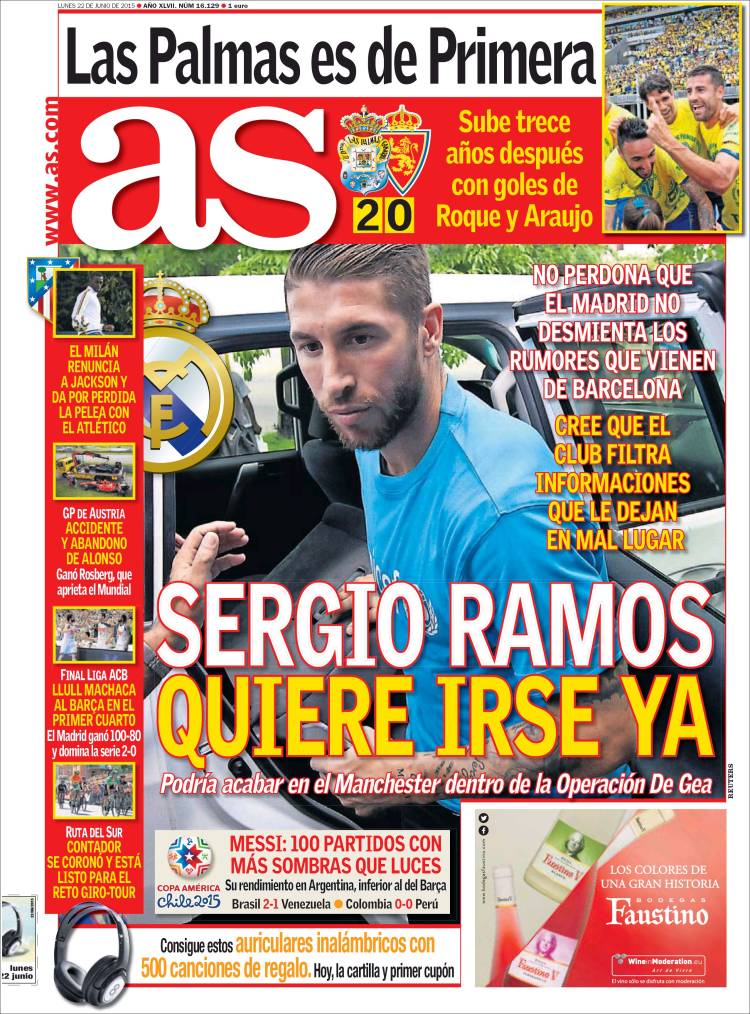 He won’t forgive Madrid for not disproving the Barcelona rumours

Back after 13 years courtesy of goals from Roque and Araujo

Messi: 100 games for Argentina with more darkness than light

His performances for Argentina have been inferior to those for Barca

Milan waive Jackson and concede defeat in their fight with Atletico 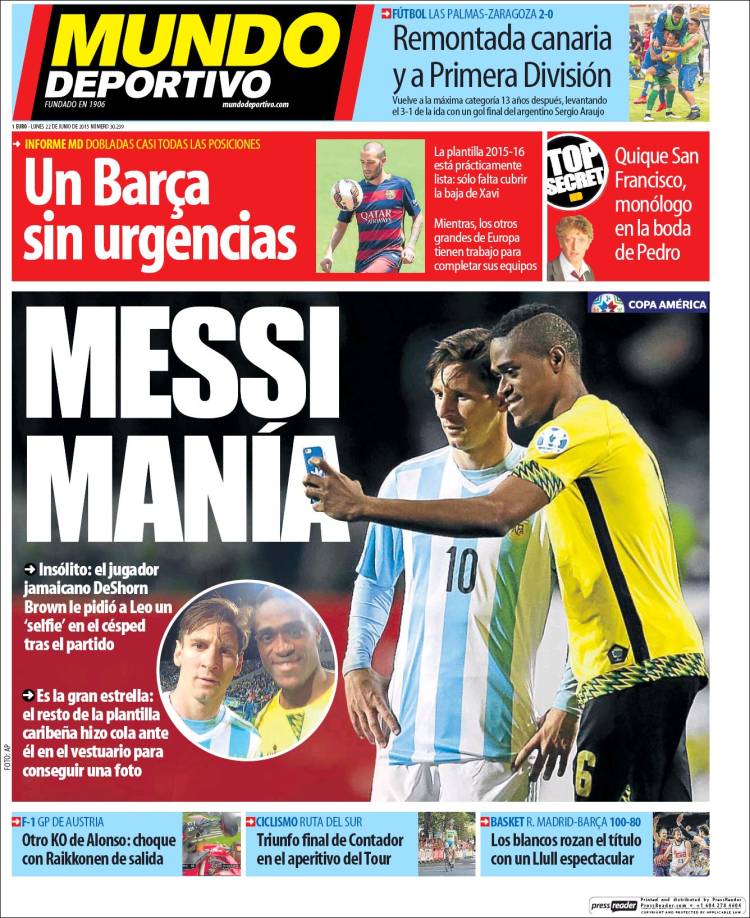 Unusual: Jamaican player DeShorn Brown asked for a ‘selfie’ on the pitch after the game

Barca without urgency - The 2015-16 squad is practically ready, they just need cover for Xavi

Meanwhile, the other big European sides have yet to complete their squads

Back in the top flight after 13 years, coming back from 3-1 down in the first leg with a winning goal from Argentine striker Sergio Araujo