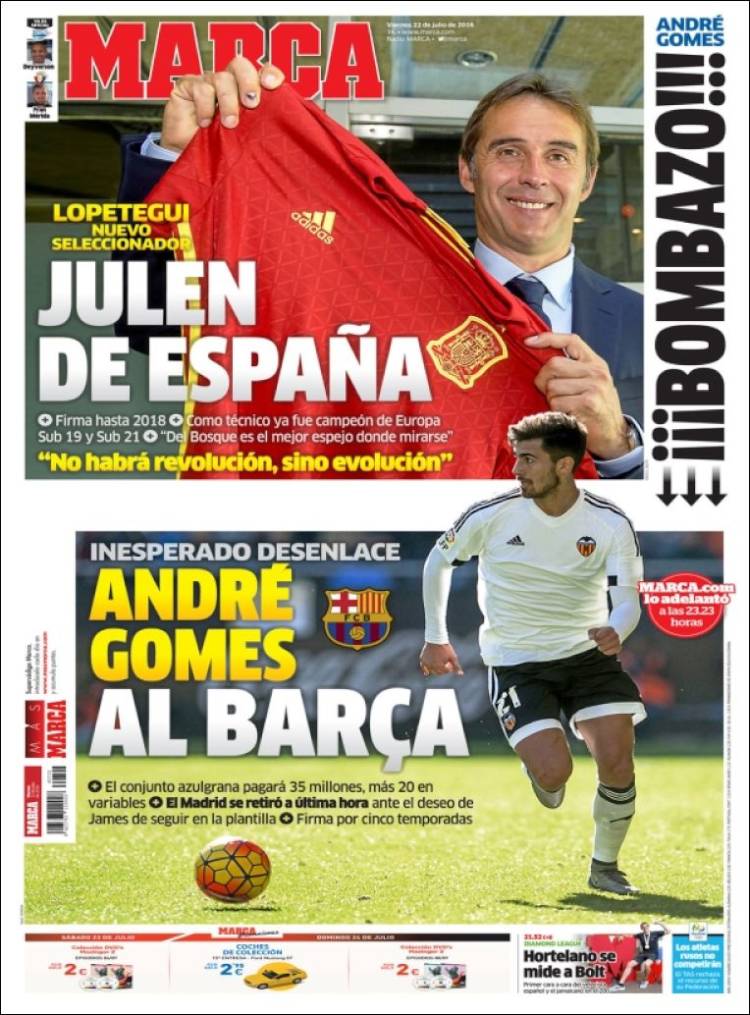 Already a champion of Europe at Under-19 and Under-21

‘Del Bosque is the best mirror where to look’

“There won’t be revolution, only evolution”

The Azulgrana will pay €35m, €20m more in variables 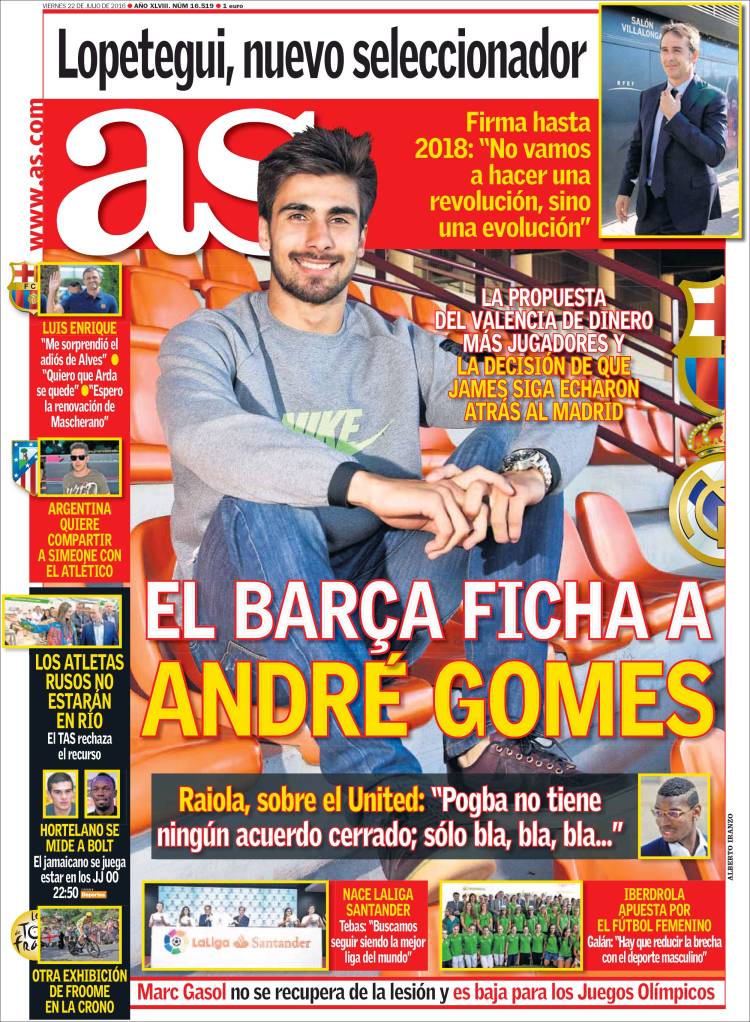 Signed until 2018: “We’re not going to have a revolution, only evolution”

Raiola, about United: “Pogba doesn’t have an agreement. It’s only bla, bla, bla…”

Tebas: “We keep looking to be the best League in the world”

Galan: “It’s necessary to reduce the gap to men’s sport”

“I was surprised Alves said goodbye”

“I want Arda to stay”

“I expect Masche to renew” 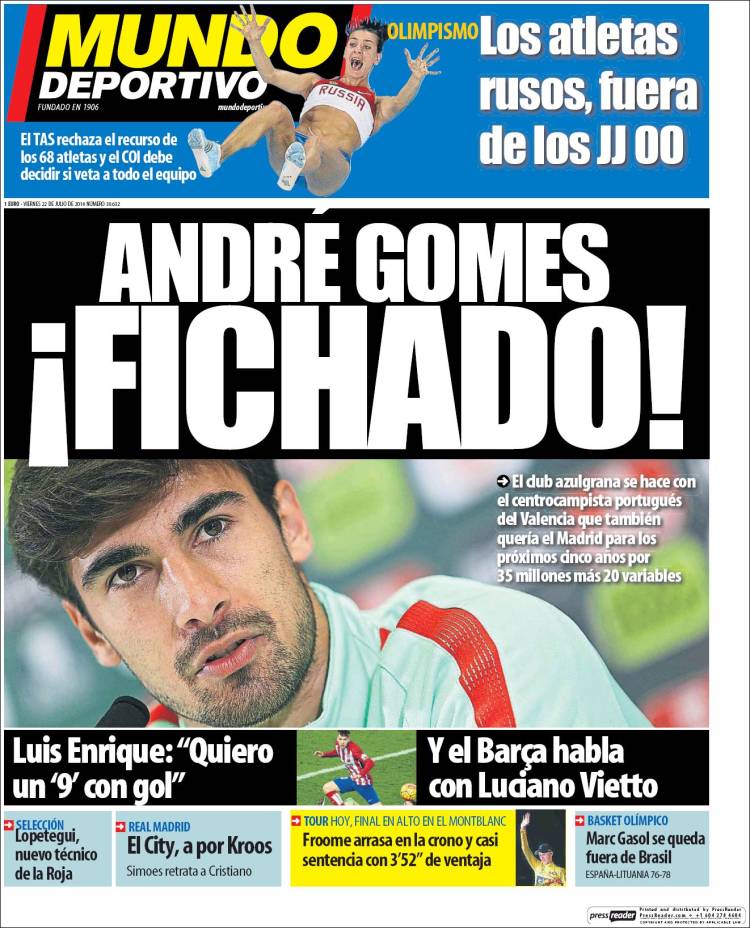 Luis Enrique: “I want a No 9 with goals”

And Barca talk with Luciano Vietto