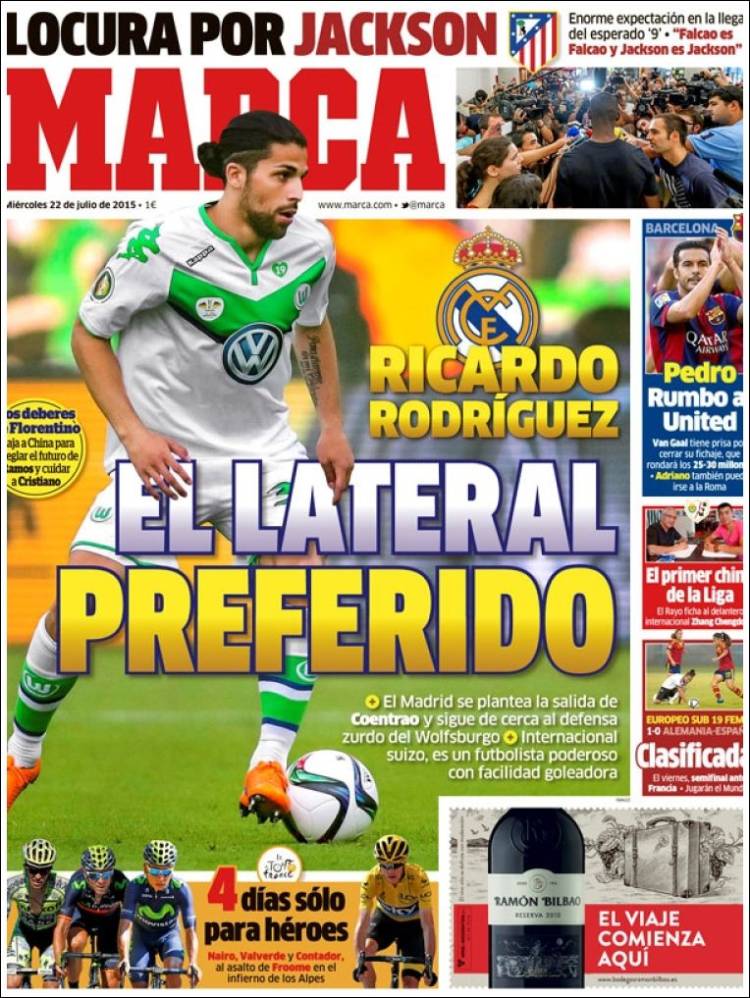 Swiss international, a powerful footballer with the ability to score goals

Huge excitement at the arrival of the long-awaited 9

‘Falcao is Falcao and Jackson is Jackson’

Van Gaal in a hurry to close his signing, for around €25-30m

The first Chinese in La Liga 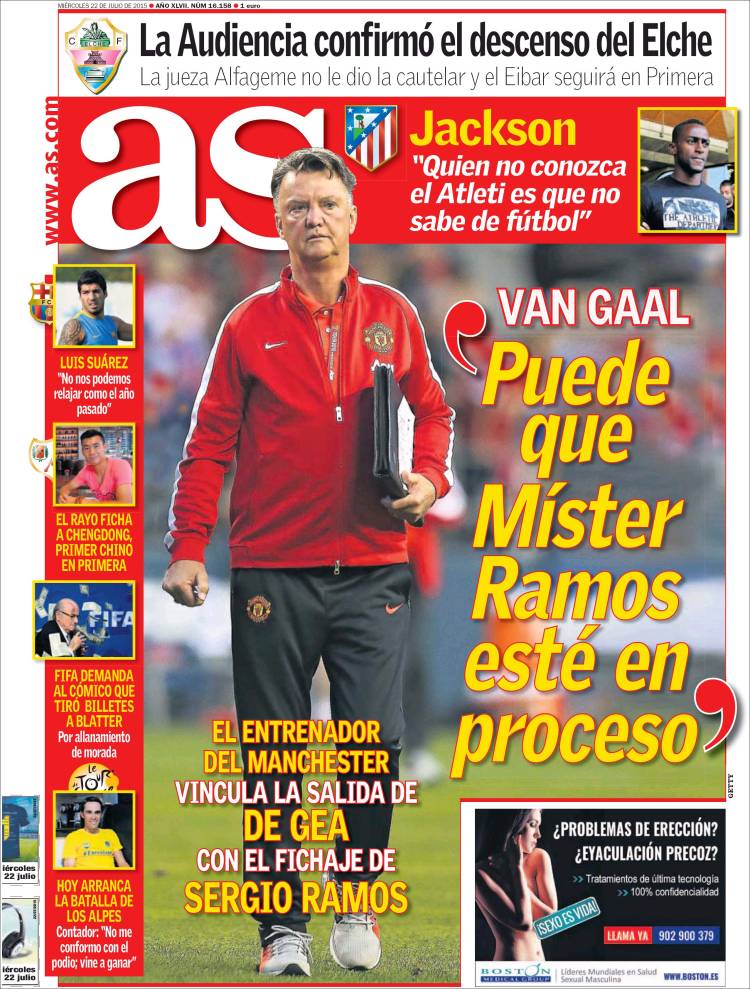 ‘Maybe Mr Ramos is in the process’

“Anyone who doesn’t know Atleti has no idea about football”

“We don’t want to relax on last year”

Rayo sign Chengdong, the first Chinese in the Primera

FIFA press charges against the comic that threw money over Blatter 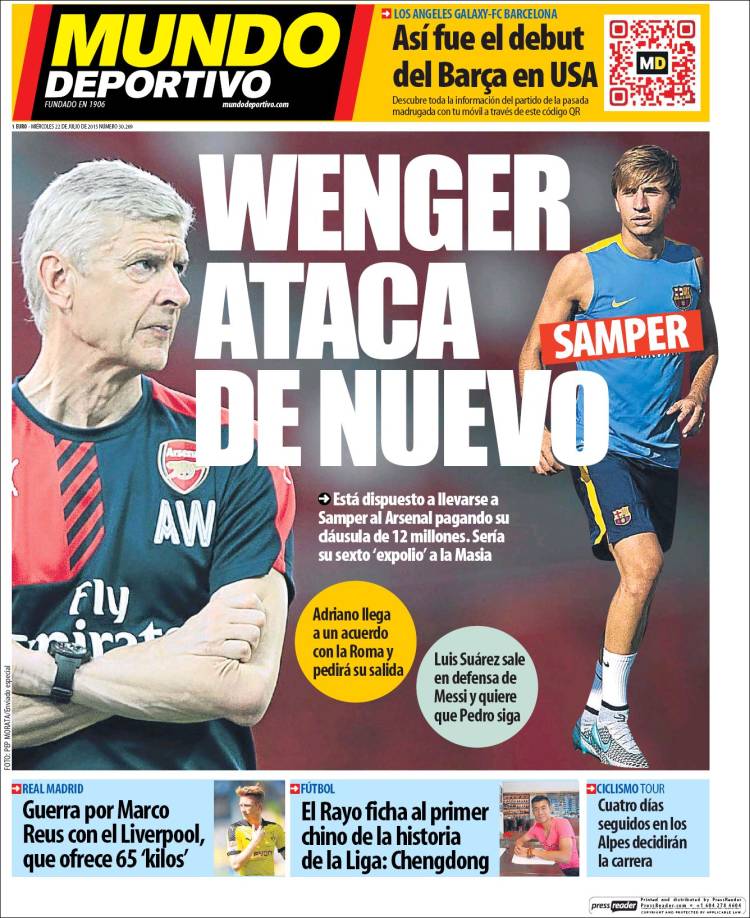 He’s ready to take Samper to Arsenal by paying his clause at €12m. It would be the sixth ‘steal’ from La Masia

Rayo sign the first Chinese in the history of La Liga: Chengdong