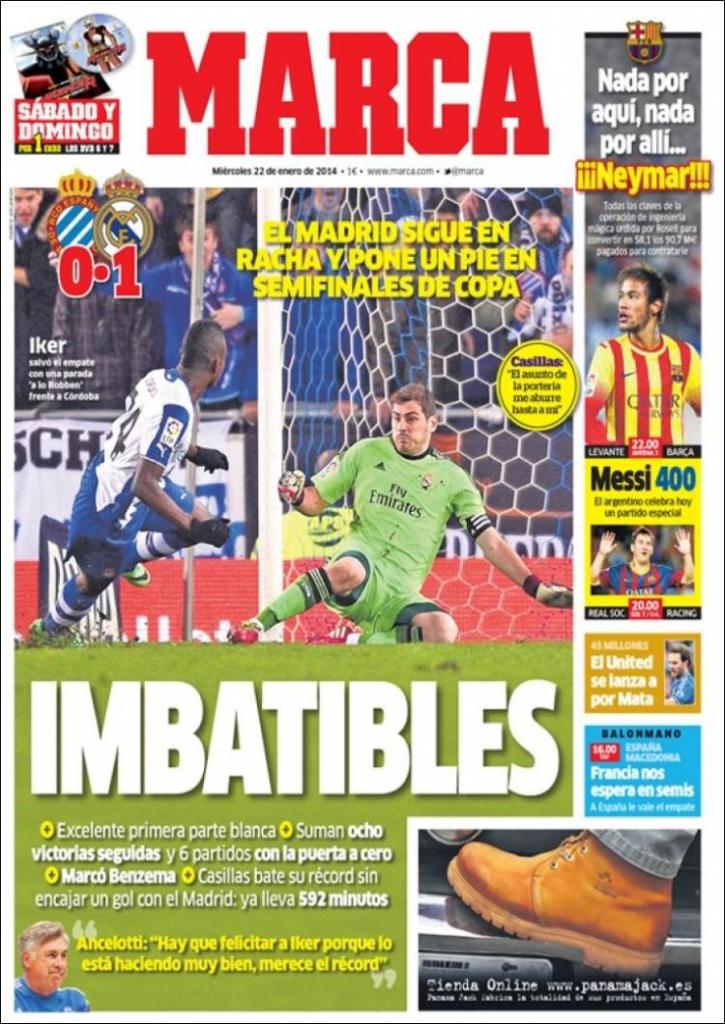 An excellent first half

Ancelotti: "We have to be happy for Iker because he is doing well, he deserves the record"

All the details of his transfer have been wrapped up by Rosell who made €90.7 million appear like €58.1 million

United make an approach for Mata

Handball: France await us in the semi-finals 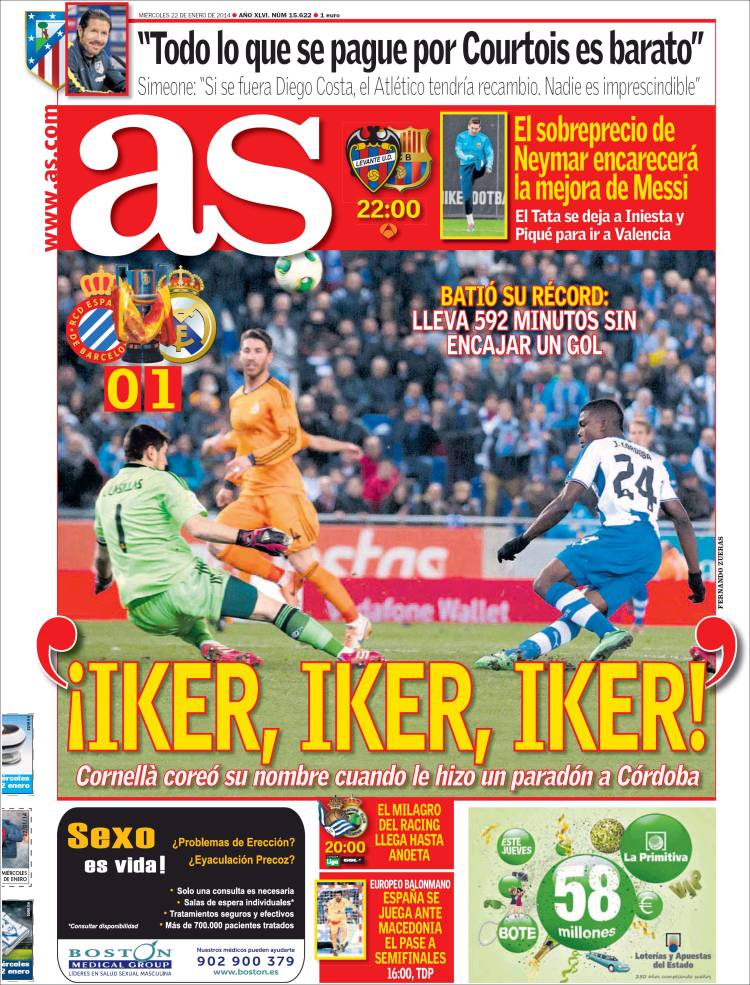 Casillas beat his own record: He has not gone 592 minutes without conceding a goal

"Whatever they will pay for Courtois will be cheap," Simeone

Simeone: "If it is Diego Costa, Atletico would have a replacement, nobody is irreplaceable"

Miracle: Racing arrive at the Anoeta

Handball: Spain play Macedonia for a place in the semi-finals 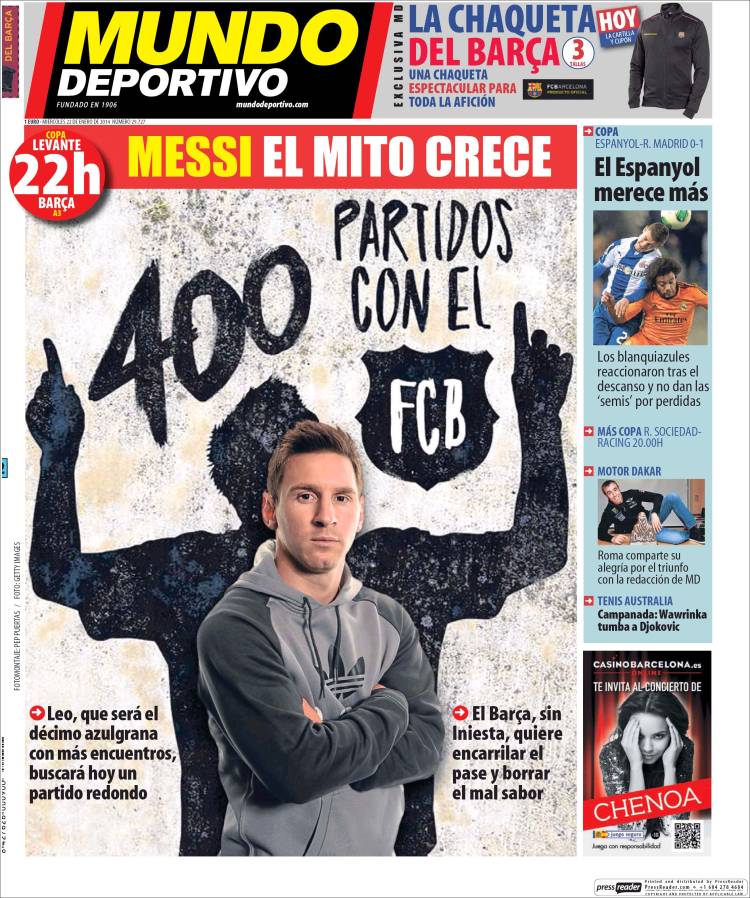 Leo will become the tenth Azulgrana with the most appearances

Barca, without Iniesta, want to ensure progression and get rid of the bad taste left in their mouths on Sunday