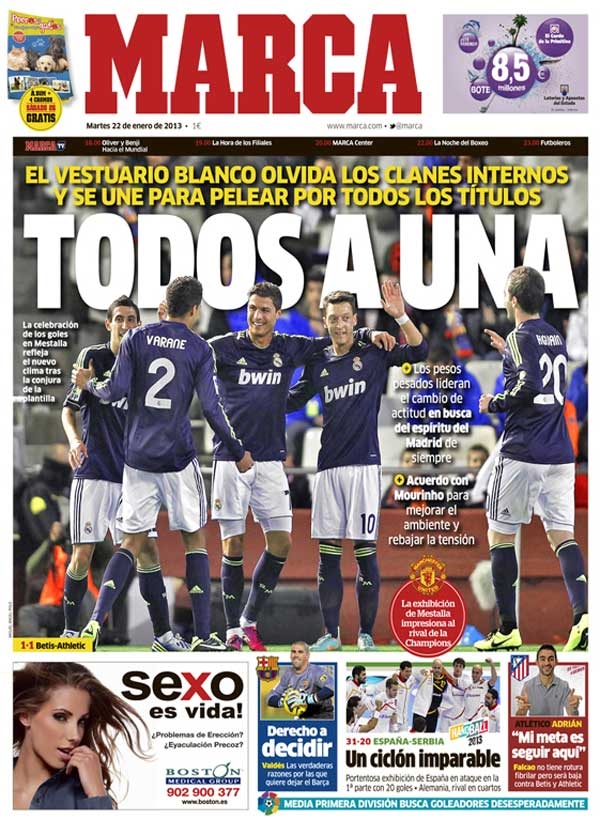 Right to decide: Valdes, the real reasons for his desire to leave Barca

Marvellous exhibition from Spain an attack in the first period with 20 goals; Germany next up in the quarter finals

Atletico’s Adrian: “My goal is to stay here” 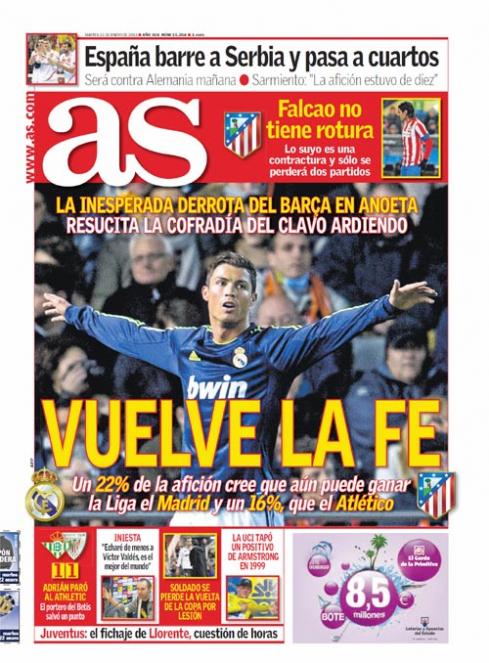 Falcao has no tear: He only has a contraction and will only miss two games

Iniesta: “I will miss Victor Valdes, he is the best in the world”

Adrian stops Athletic: The goalkeeper of Betis saves a point

Juventus: the signing of Llorente is a question of time

Spain get over Serbia and pass to the quarter finals; They will play Germany tomorrow

Sarmiento: “The fans were the tenth man” 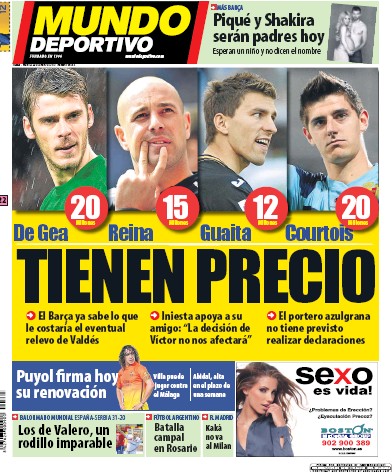 They have a price

Barca already knows what it would eventually cost to replace Valdes

Iniesta supports his friend: “The decision of Valdes will not affect us”

The Azulgrana keeper does not have any declarations

Villa may play against Malaga

Abidal, to return in a week’s time

Argentine Football: Battle on the pitch of the Rosario

Pique and Shakira will be parents today: They are waiting for the baby and have not said what name they have chosen