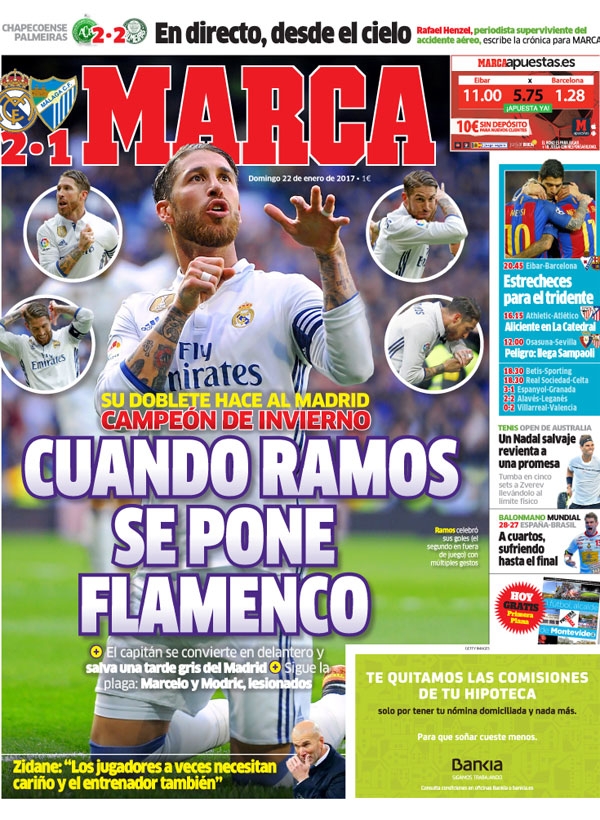 When Ramos puts on the flamenco

Zidane: 'Sometimes the players need affection, and the Coach too' 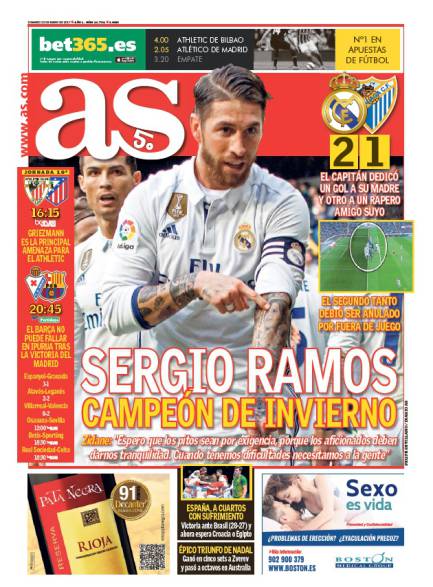 The second should have been disallowed for offside

Zidane: 'I hope the whistles were out of demand, because the crowd should give us calm. When we have problems, we need the people.'

Griezmann is the main threat for Athletic 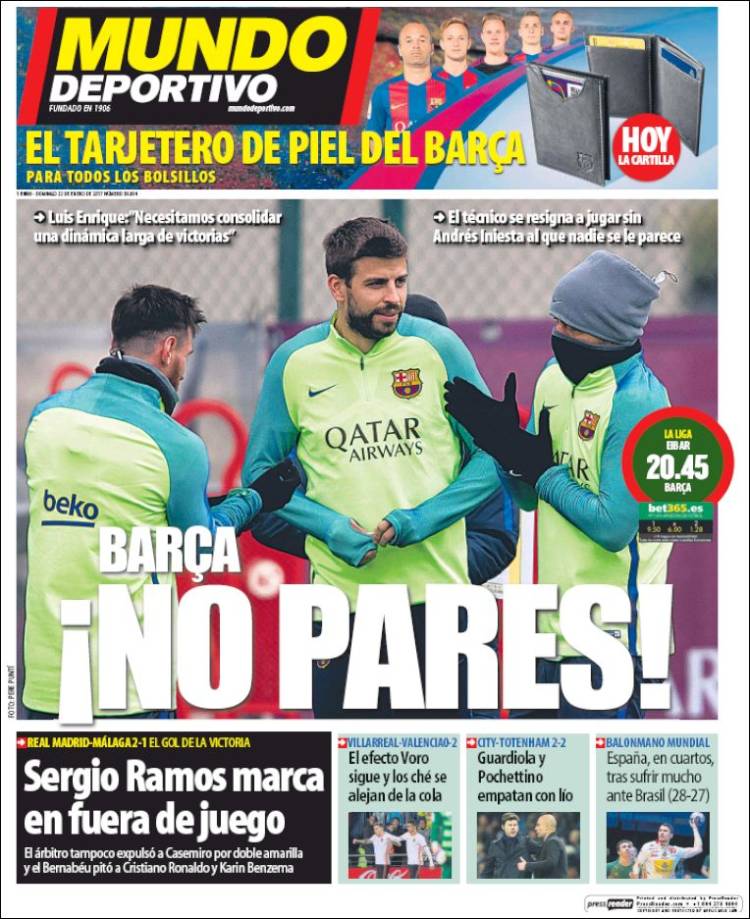 Luis Enrique: 'We need to secure a long streak of wins'

The Coach resigns himself to playing without Andres Iniesta, who nobody can play like

The Voro effect continues and Los Che distance themselves from trouble

Guardiola and Pochettino draw in chaos