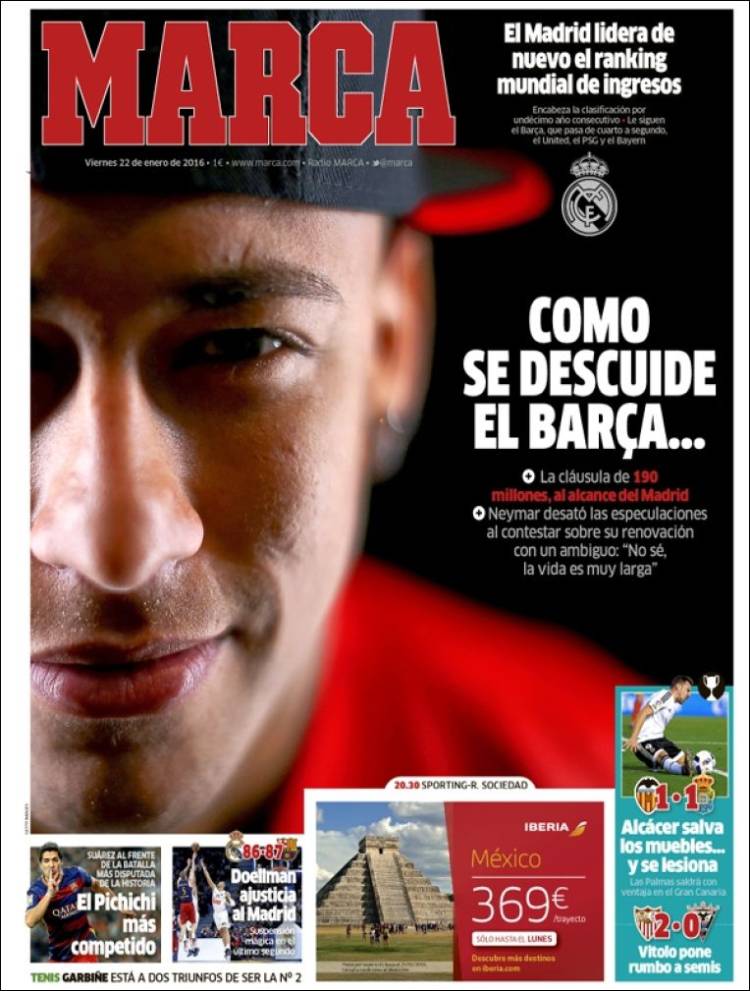 As Barca neglect it...

His €190m release clause is within Madrid’s reach

Neymar sparked speculation with an ambiguous answer on his renewal: “I don’t know, life is very long”

For the 11th consecutive year

They are followed by Barca, who go from fourth to second, United, PSG and Bayern

The most coveted Pichichi ever

Suarez leads the most contested race in history

Alcacer saves the day... and gets injured

Las Palmas will be ahead in Gran Canaria 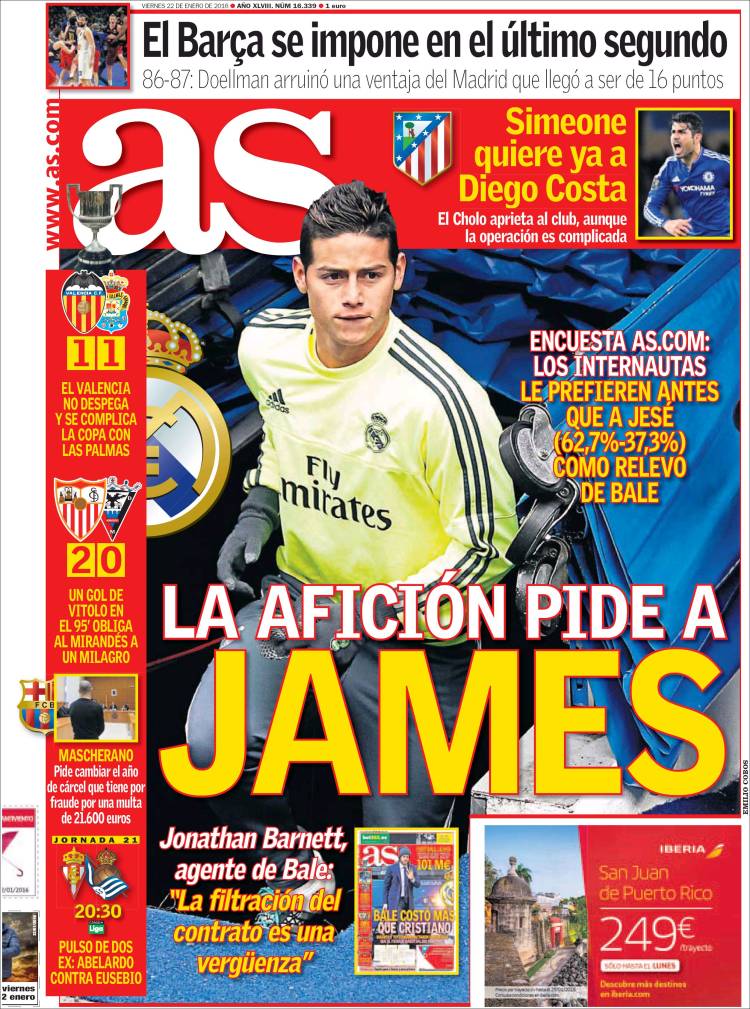 Jonathan Barnett, Bale’s agent: “The contract leak is a disgrace”

El Cholo pressures the club, but the transfer is difficult

Vitolo’s goal in the 95th minute forces a Mirandes miracle

A battle of two former stars: Abelardo against Eusebio 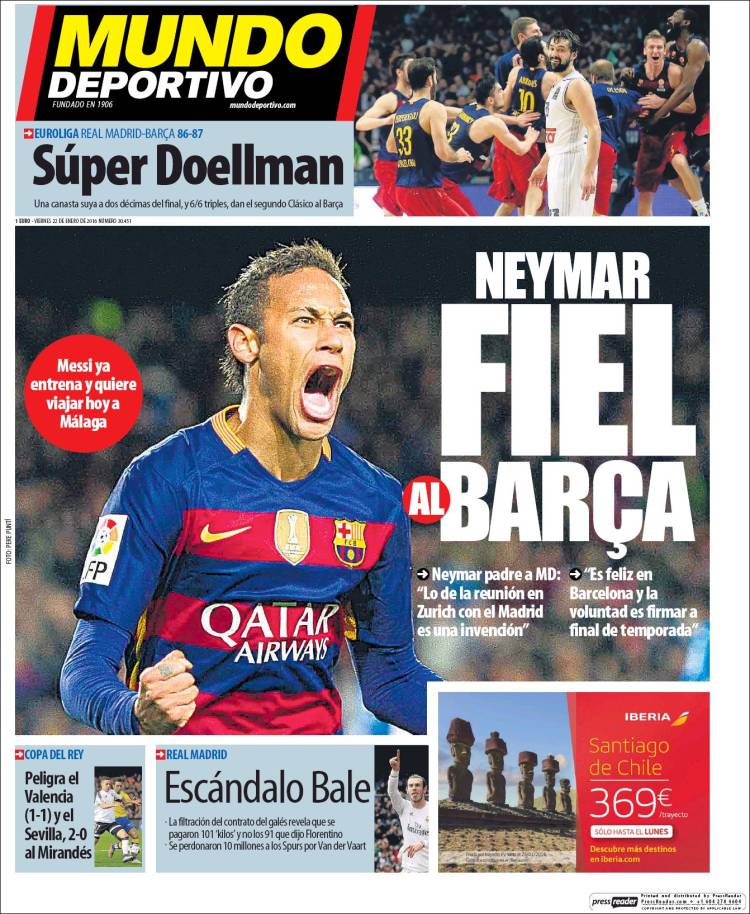 Neymar’s father to MD: “Meeting with Madrid in Zurich is an invention”