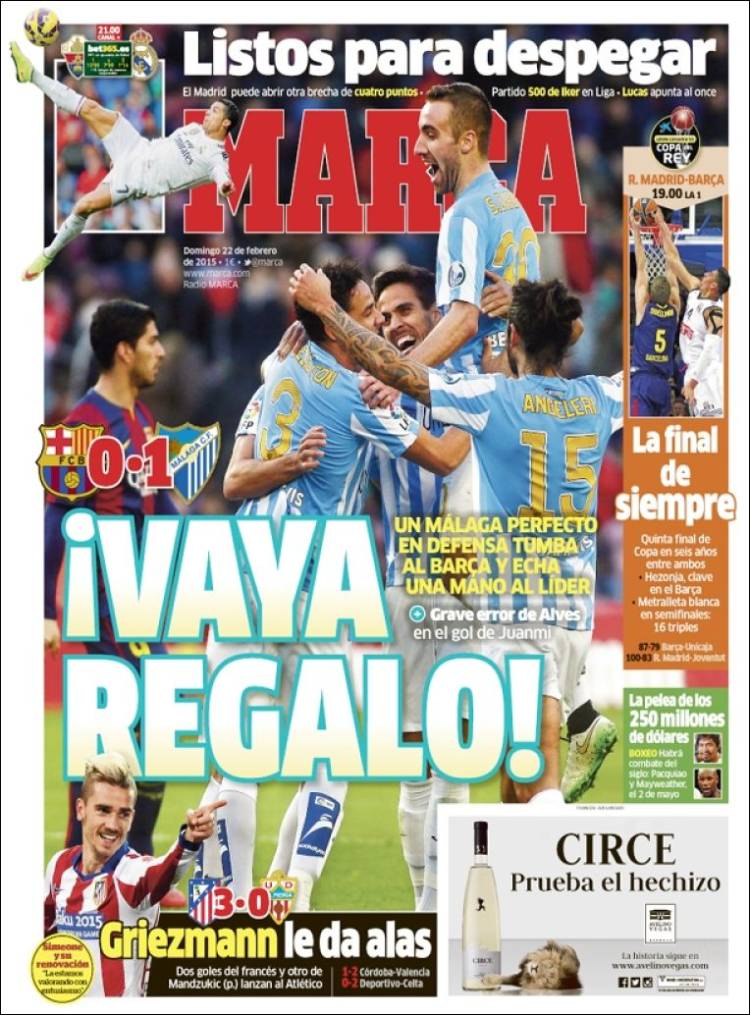 Madrid can open another four-point gap

Lucas aims for the XI 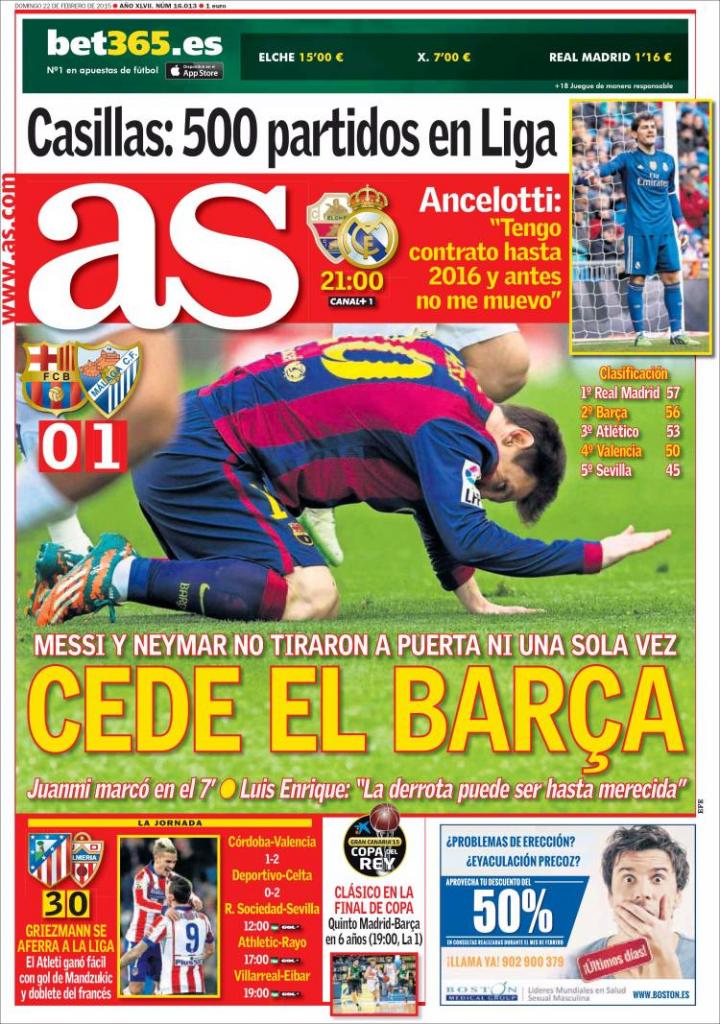 Juanmi scores in the seventh minute

Messi and Neymar don’t shoot on goal even once

Ancelotti: I have a contract until 2016 and nothing is new 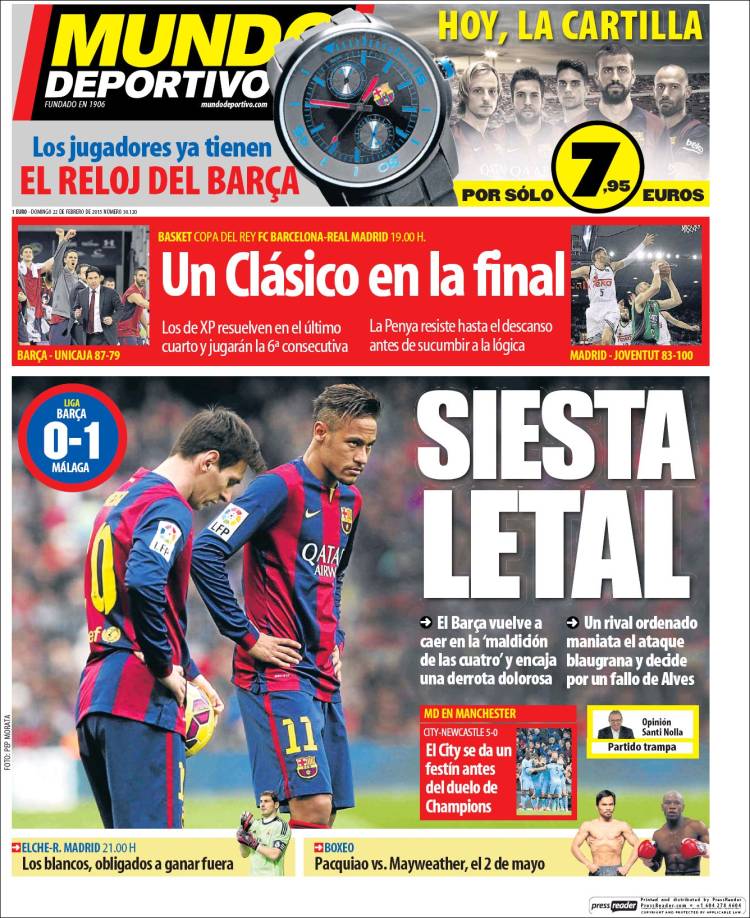 City have a feast before the Champions League duel

Los Blancos, obliged to win away