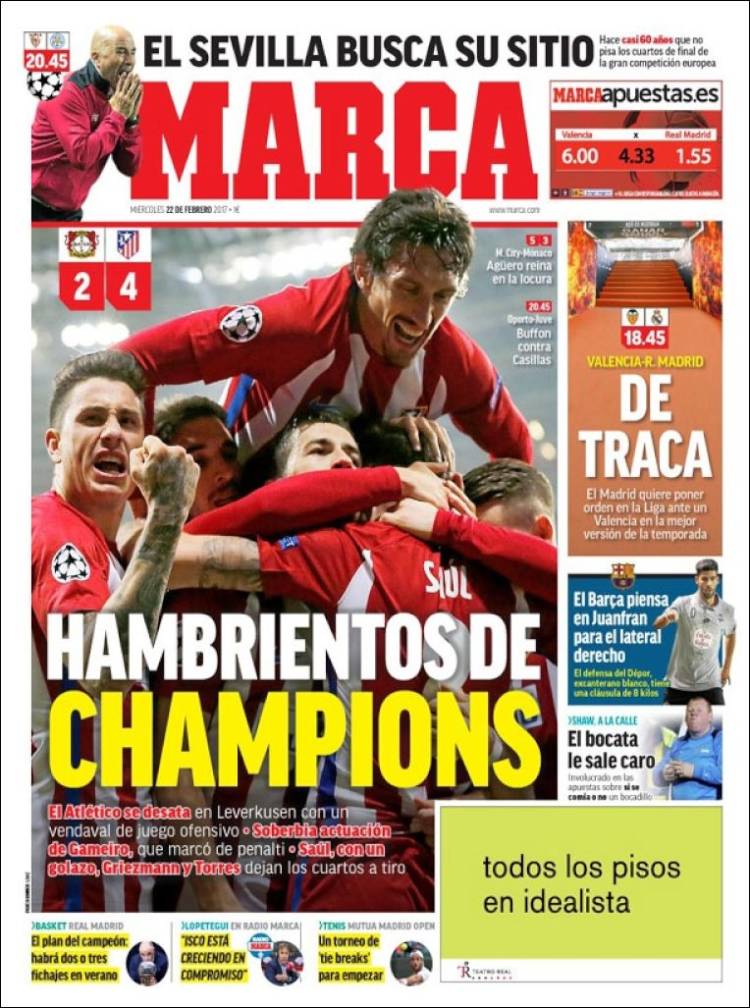 Atleti beat Leverkusen with an offensive display, Super performance from Gameiro who scored a penalty, Saul with a golazo, Griezmann and Torres score goals between them 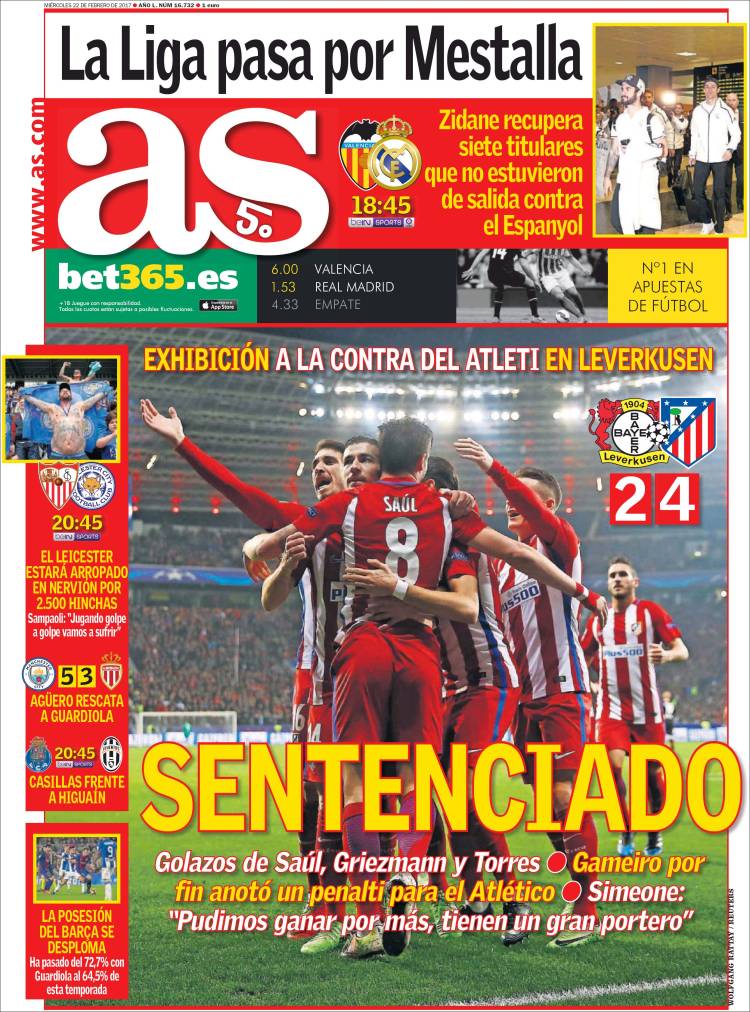 Golazos for Saul, Griezmann, Torres, Gameiro finishes it with a penalty, Simeone: We could have won by more, they have a great goalkeeper

Leicester to be supported by 2,500 fans in Nervion - Sampaoli: Playing blow-to-blow, we'll suffer a lot

Casillas up against Higuain 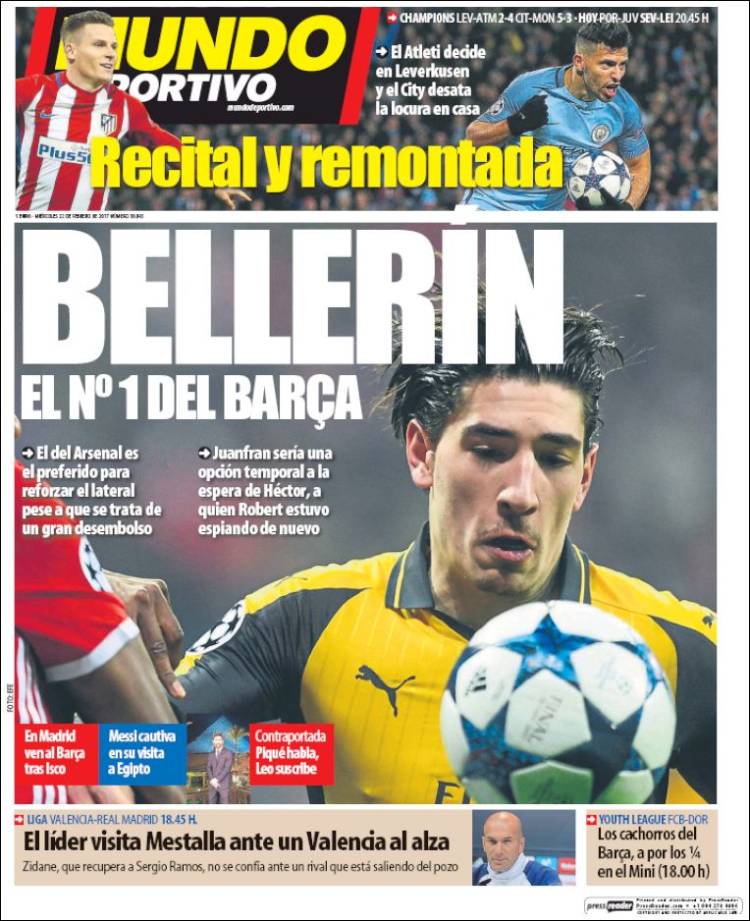 Arsenal full-back is the preferred reinforcement at Camp Nou, Juanfran of Depor could be the temporary option until the end of the season but not long-term

In Madrid they see Barca after Isco

Madrid visits the Mestalla against in-form Valencia - Zidane brings back Ramos, not confident against a rival who isn't playing well