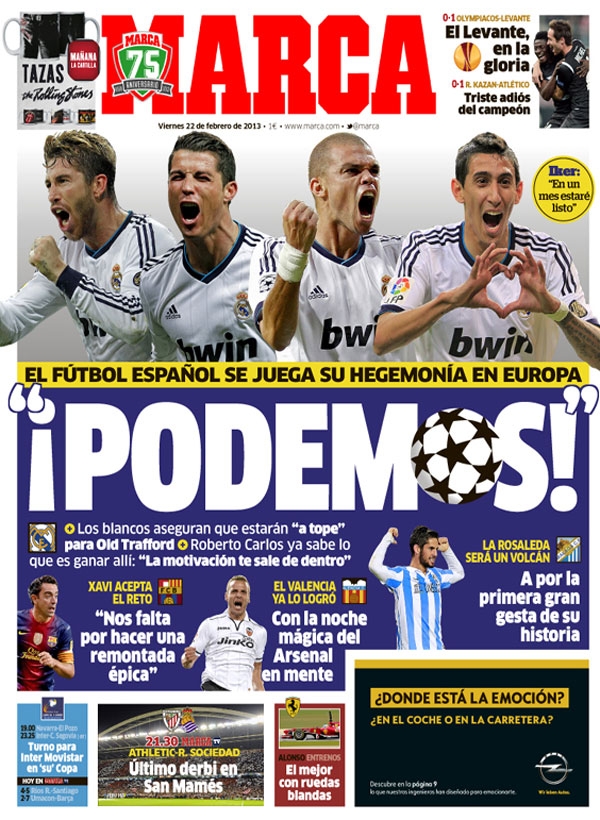 Spanish football to play for its hegemony in Europe

Los Blancos sure that they will overcome United

Roberto Carlos already knows that they wll win there: "The motivation will come from inside"

Iker: "In one month I will be ready"

Xavi accepts the challenge: "We need to stage one grand comeback"

Valencia already have achieved it

With the magical night of Arsenal in mind

La Rosaleda will be a cauldron

It will stage the first great match in its history

The turn of Inter movistar in the Copa 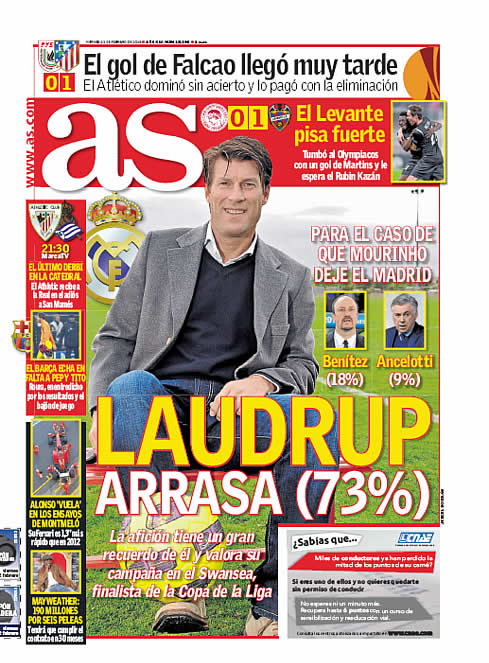 The fans have a great memory of him and evaluate his campaign with Swansea, a finalist in the FA Cup

Others in line to replace Mourinho: Benitez (18%) Ancelotti (9%)

A goal from Falcao is too little too late

Atletico go out after paying the price

They defeat Olympiacos with a goal from Martins give it hope

The last derby in the Cathedral (San Mames)

Athletic welcome Real in a goodbye to San Mames 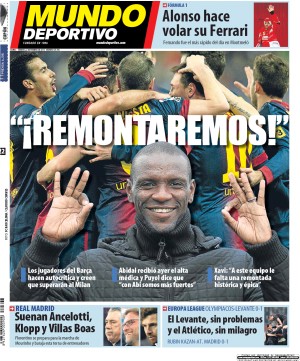 We will come back

Xavi: "This team needs to stage an epic comeback"

Europa League: Levante through without problems, no miracle for Atletico

Real Madrid: They dream of Ancelotti, Klopp and Villas Boas

Florentino prepares for the exit of Mourinho and has three options

Formula 1: Alonso flying with his Ferrari

Fernando was the fastest in a day of practice in Montmelo