Today’s front-page headlines from Marca, AS and Mundo Deportivo 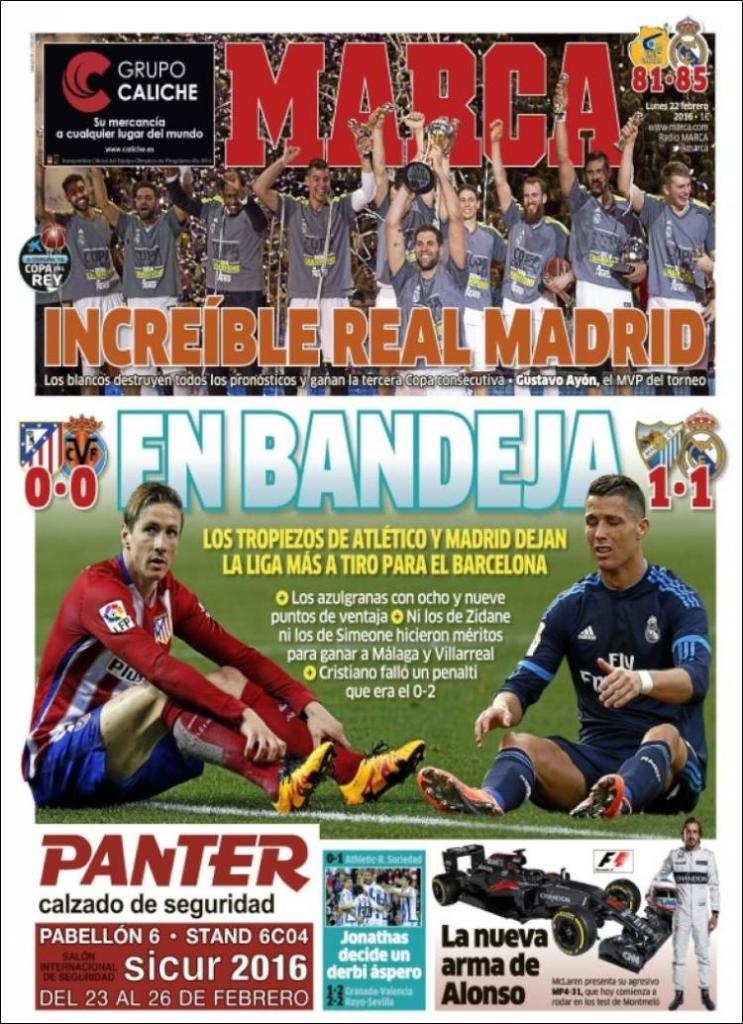 The Catalans are eight and nine points clear

Neither Zidane nor Simeone deserved to beat Malaga and Villarreal

Ronaldo missed a penalty to make the score 2-0 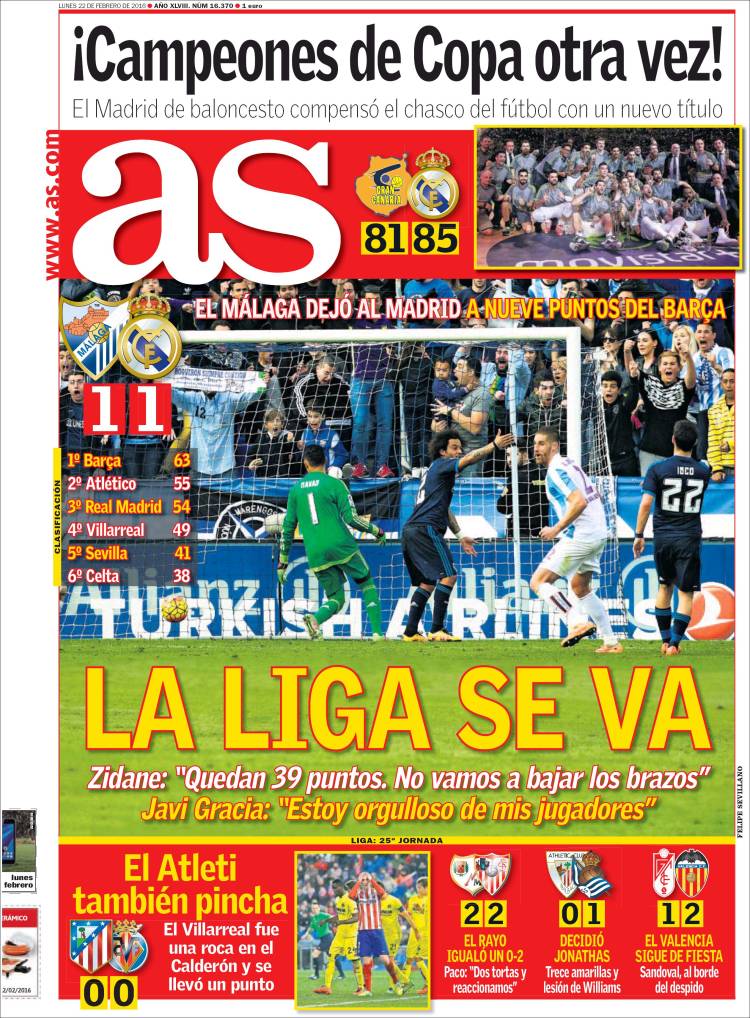 Zidane: “There are 39 points remaining and we’re not going to drop our heads”

Paco: “Two slaps and we responded”

Thirteen yellows and an injury to Williams

Sandoval, on the verge of dismissal 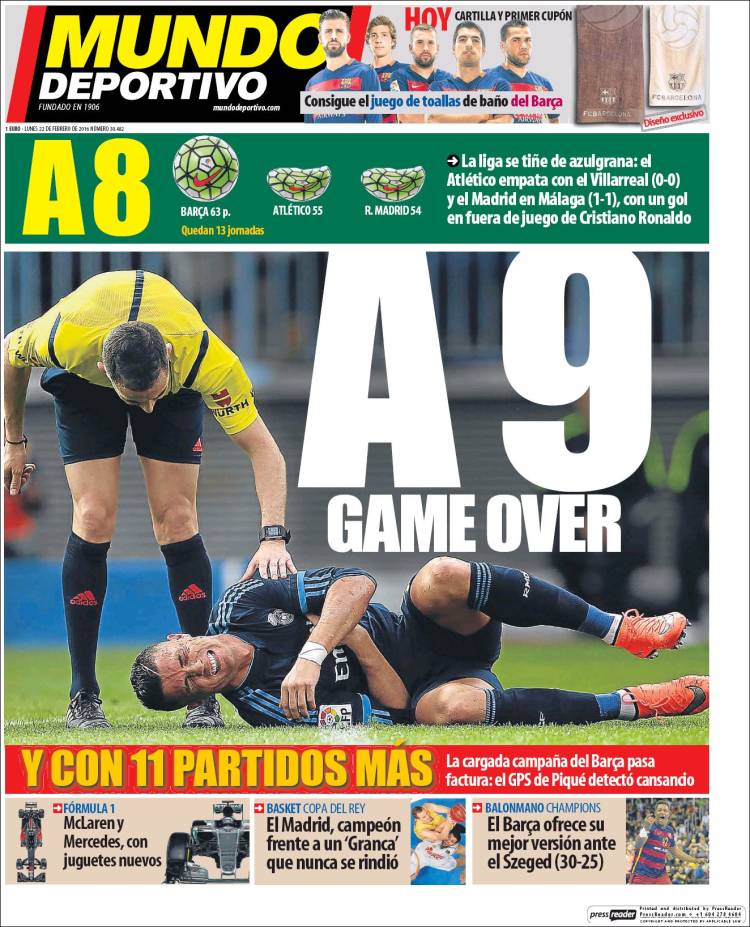 La Liga is stained with blue and red: Atletico draw with Villarreal (0-0) and Madrid at Malaga (1-1) with an offside goal from Cristiano Ronaldo

And with 11 games more