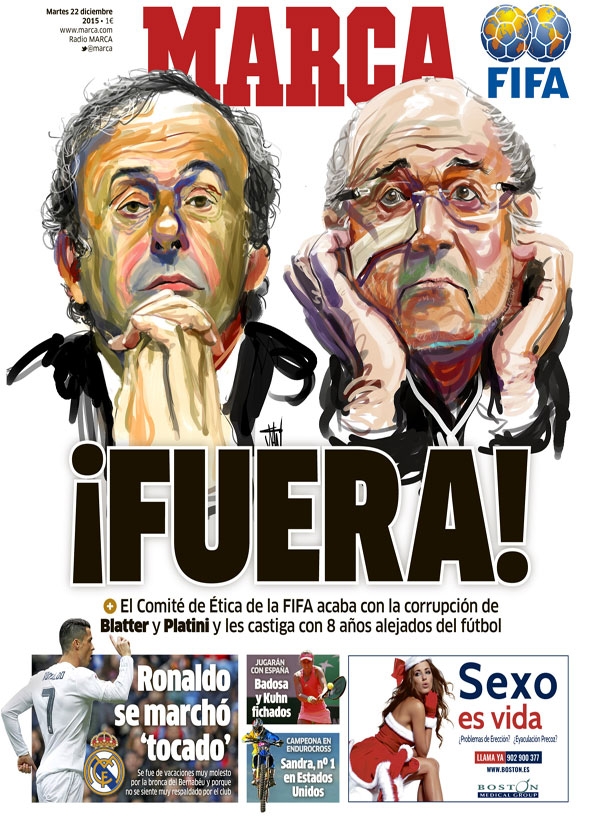 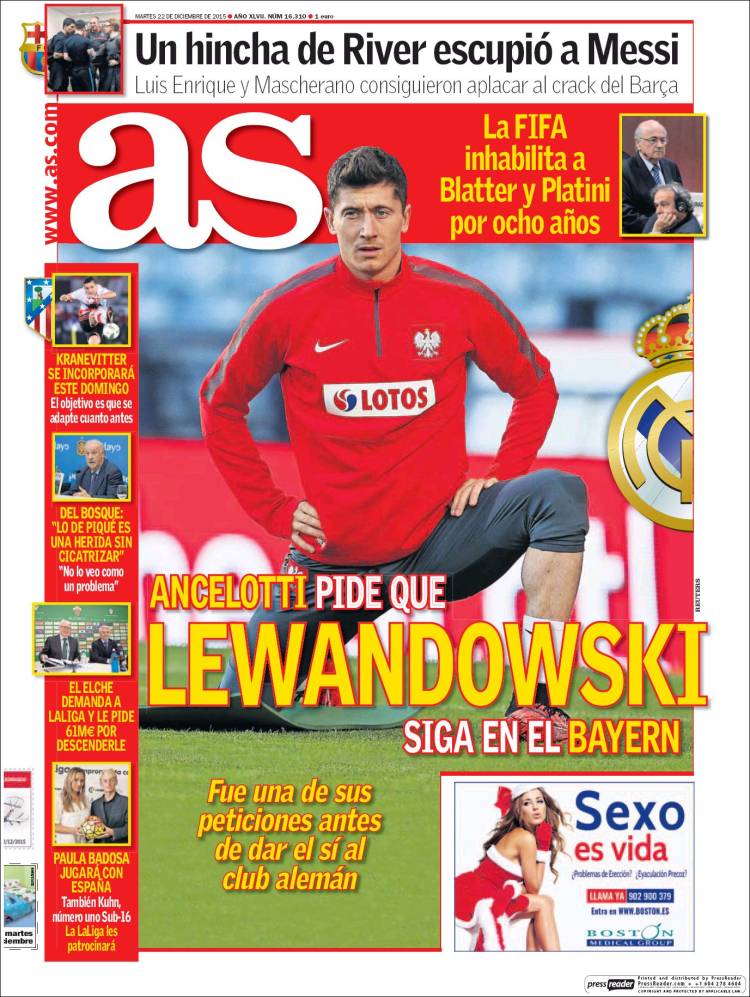 A River fan spat at Messi

Luis Enrique and Mascherano managed to appease the star of Barca

Kranevitter will be incorporated on Sunday

The objective is to adapt as soon as possible

Del Bosque: “The Pique thing is a wound that hasn’t healed”

Elche sues La Liga and asks €61m for relegating them 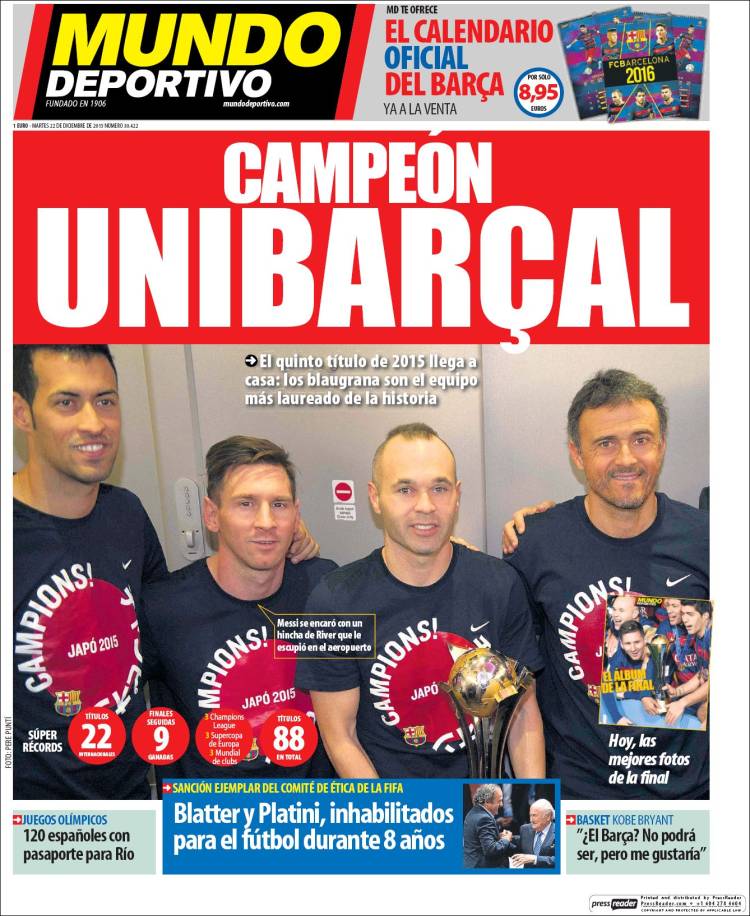 The fifth trophy of 2015 returns home: the Blaugrana are the most successful team in history

Blatter and Platini, disqualified from football for eight years