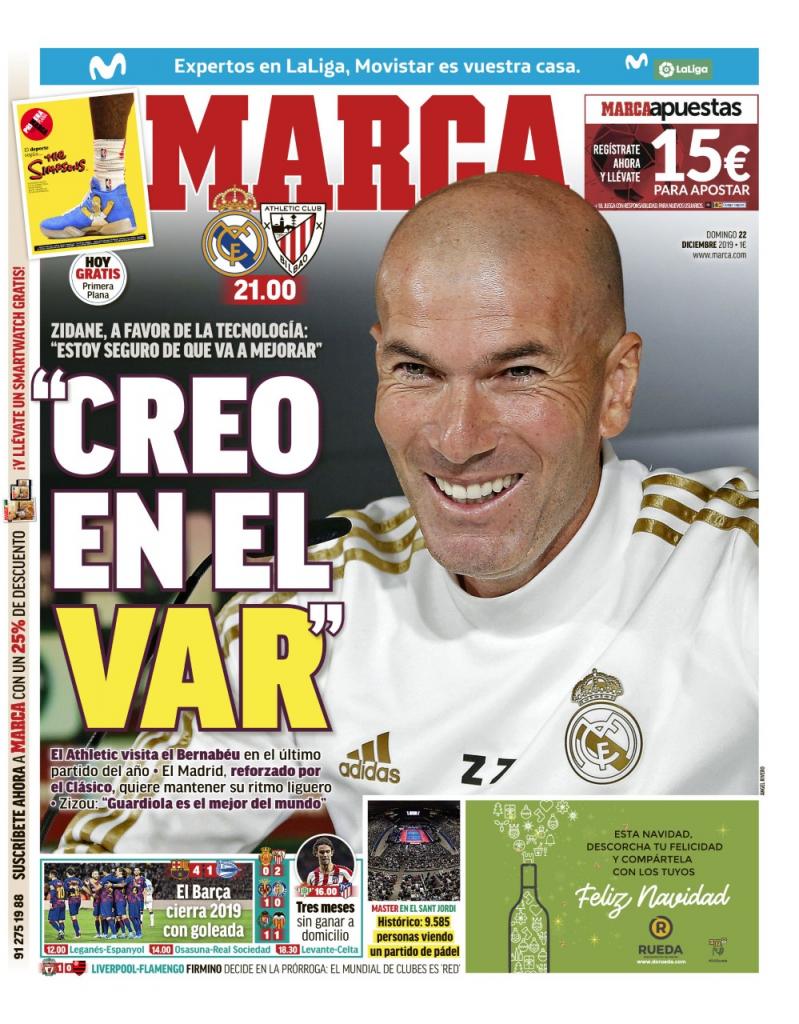 REAL MADRID: "I BELIEVE IN VAR" - Zinedine Zidane in favour of VAR technology, "I am sure it is going to improve".

REAL MADRID: Athletic Bilbao visit the Estadio Santiago Bernabeu for the last match of the year against a reinforced Real Madrid, who will fight to reach the top of the league after an El Clasico boost.

BARCELONA: Barca end 2019 with a high scoring win against Alaves, as Ernesto Valverde's side beat their Basque visitors 4-1 at the Camp Nou. 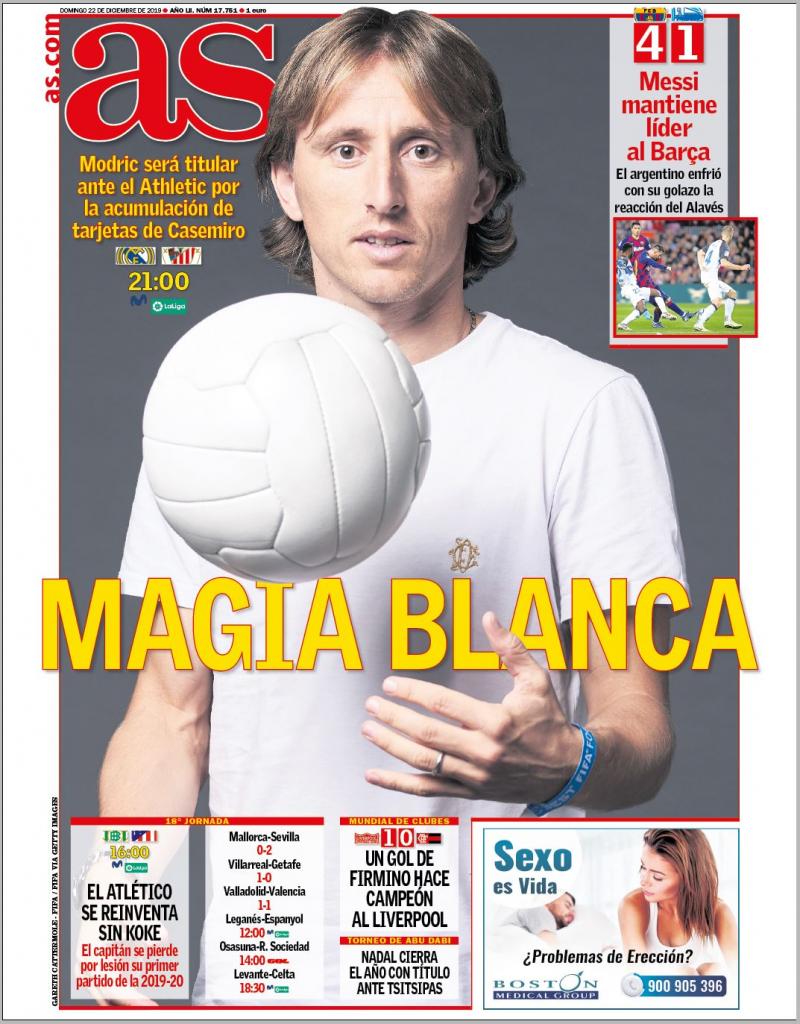 REAL MADRID: Lionel Messi keeps Barcelona at the top of La Liga, as his second half goal kills off any potential Alaves fight back, with the champions ending 2019 with a 4-1 win. 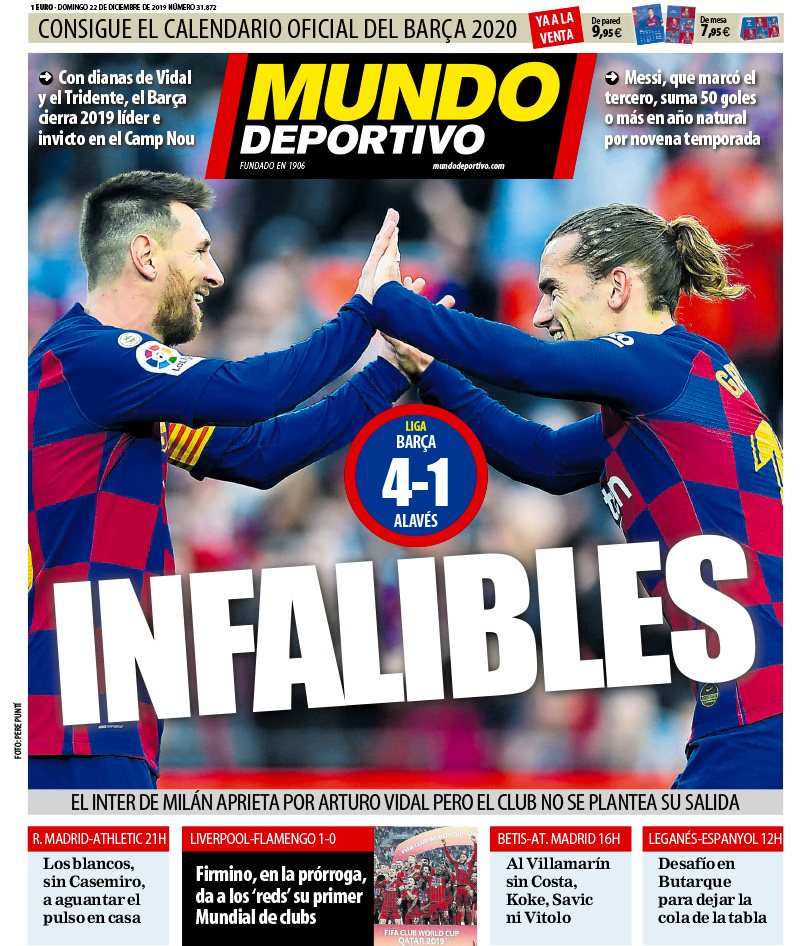 BARCELONA: INFALLIBLE - Barcelona end 2019 as La Liga leaders thanks to a 4-1 win at home to Alaves, with goals from Antoine Griezmann, Arturo Vidal, Lionel Messi and Luis Suarez.

BARCELONA: Messi's goal against Asier Garitano's side was his 50th of the calendar year, with the Argentinian now scoring 50+ in the last nine consecutive years.

REAL MADRID: Real Madrid will face Athletic Bilbao without the suspended Casemiro, as they look to keep the title pressure on Barcelona.