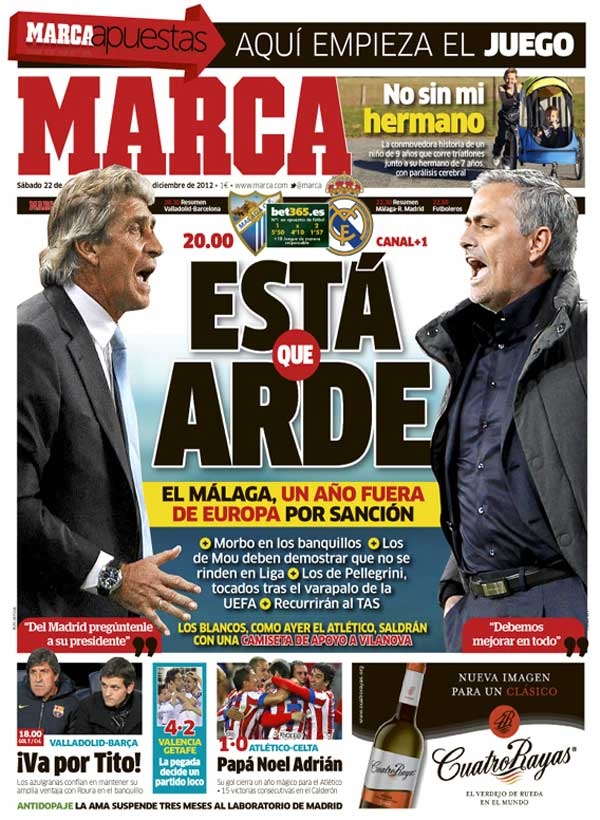 The one that burns: Malaga out of Europe for one year

The rivalry on the benches

Pellegrini: “Ask Madrid’s president about them”

Mou: “We have to improve in everything”

Mou’s men must show they have not surrendered La Liga

Pellegrini’s men hurt for the harsh punishment from UEFA

They will resort to TAS

Los Blancos, like yesterday with Atletico, will wear a shirt of support for Vilanova

We do it for Tito

The azulgranas confident of maintaining their advantage with Roura with tranquillity

Valencia 4-2 Getafe: A crazy match decided by a special one

Atletico 1-0 Celta: Santa Clause comes in the form of Adrian, his goal closes out a magical year for Atletico – 15 consecutive wins at the Calderon

Not without my brother: the touching story of a boy of nine years who  ran a triathlon together with his brother of seven years with cerebral palsy 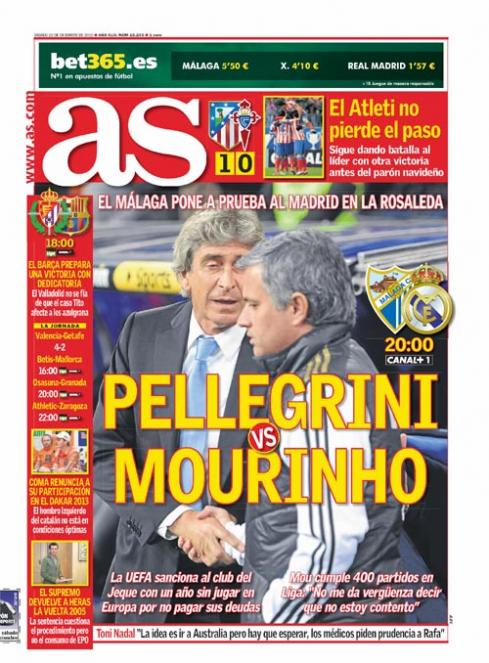 Mou celebrates his 400th league game: I am not ashamed to say that I am not really happy

Coma to announce his exit from the 2013 Dakar: the Catalan is not in the best condition

Toni Nadal: “The idea is to go to Australia but we must wait, the doctors have asked for prudence with Rafa”

Atletico 1-0 Celta: Atleti do not lose their way, the continue to battle for top spot with another victory before the festive period 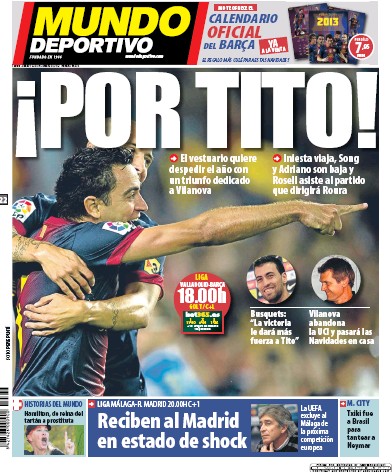 Iniesta travels, Song and Adriano are out and Rosell to assist Roura

Vilanova leaves intensive care and will spend Christmas at home

Malaga v Real Madrid: Pellegrini’s side receive a Madrid in not good shape

Man City: Txiki was in Brazil to consider Neymar

Stories of the world: Hamilton, the queen of tartan