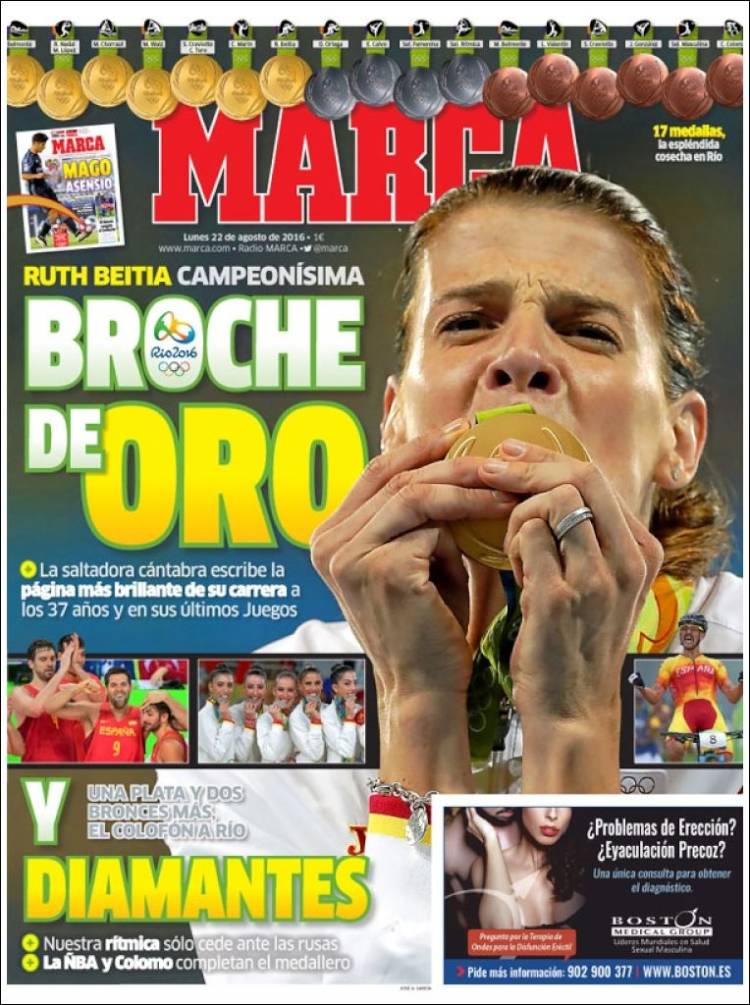 A silver and two more bronze at the culmination in Rio

Our rhythmic gymnasts yield only to Russia

The NBA and Coloma complete the medals 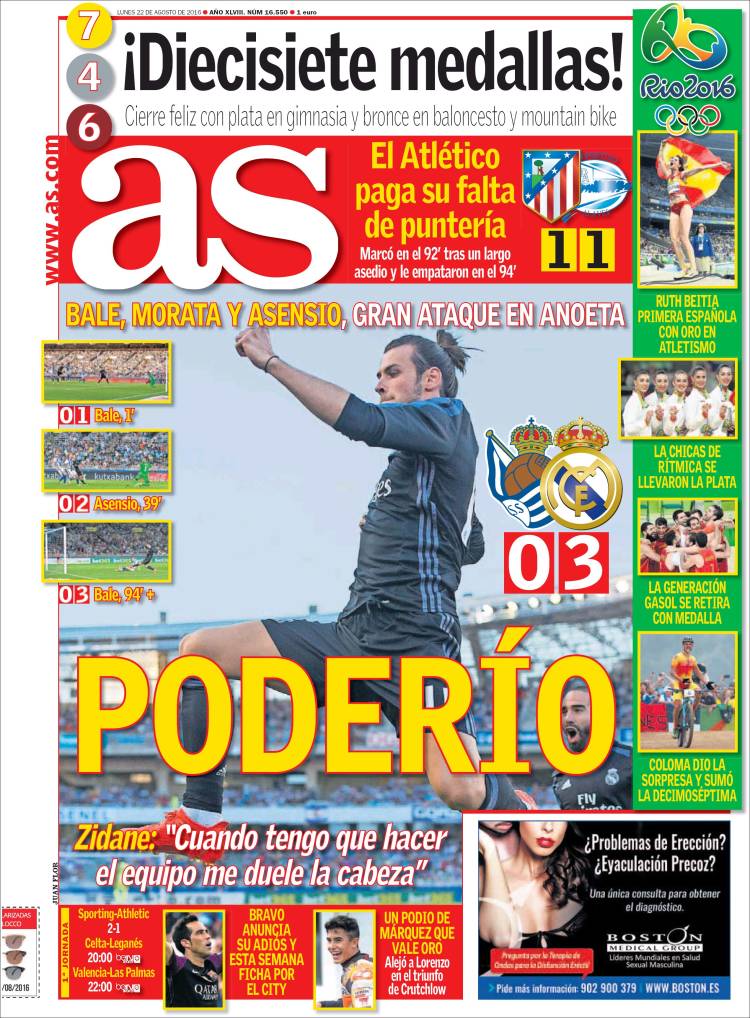 Atletico pay for their lack of marksmanship

Zidane: “When I have to pick the team my head hurts”

Bravo says his goodbyes and this week signs for City 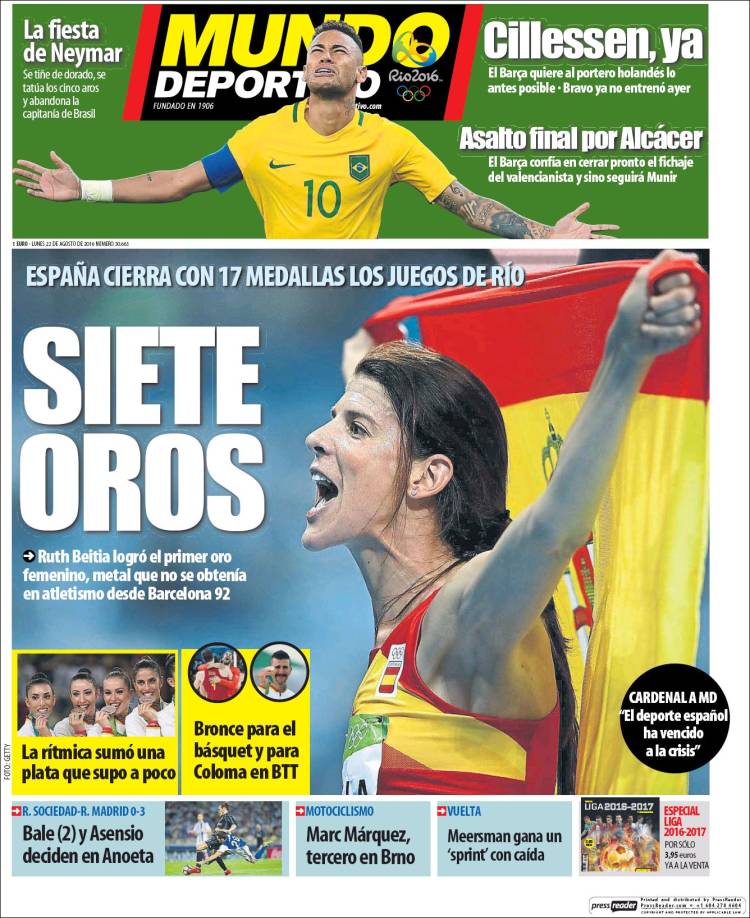 Tinged with gold, tattooed with the five rings, and gives up the captaincy of Brazil

Spain end with 17 medals at the Games in Rio

Bale (2) and Asensio decide at Anoeta