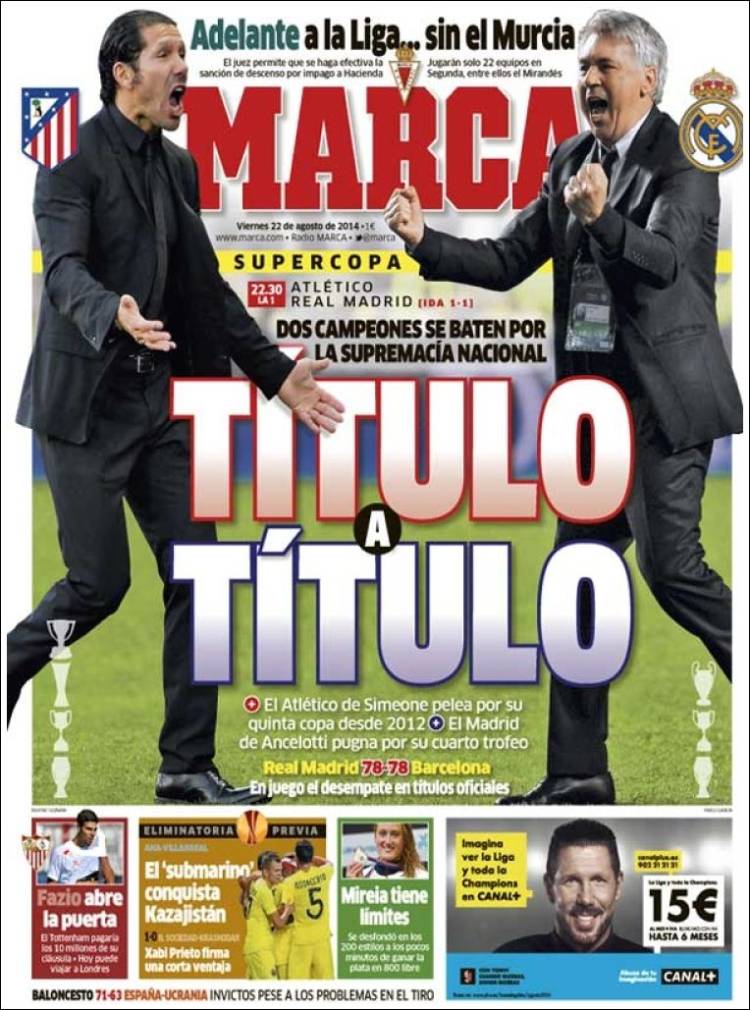 Two champions battle it out for national supremacy.

Simeone's Atletico fight for their fifth cup since 2012

A tiebreaker in official titles

Only 22 teams will play in Segunda, amongst them Mirandes

Tottenham will pay the €10m clause

He could travel to London today. 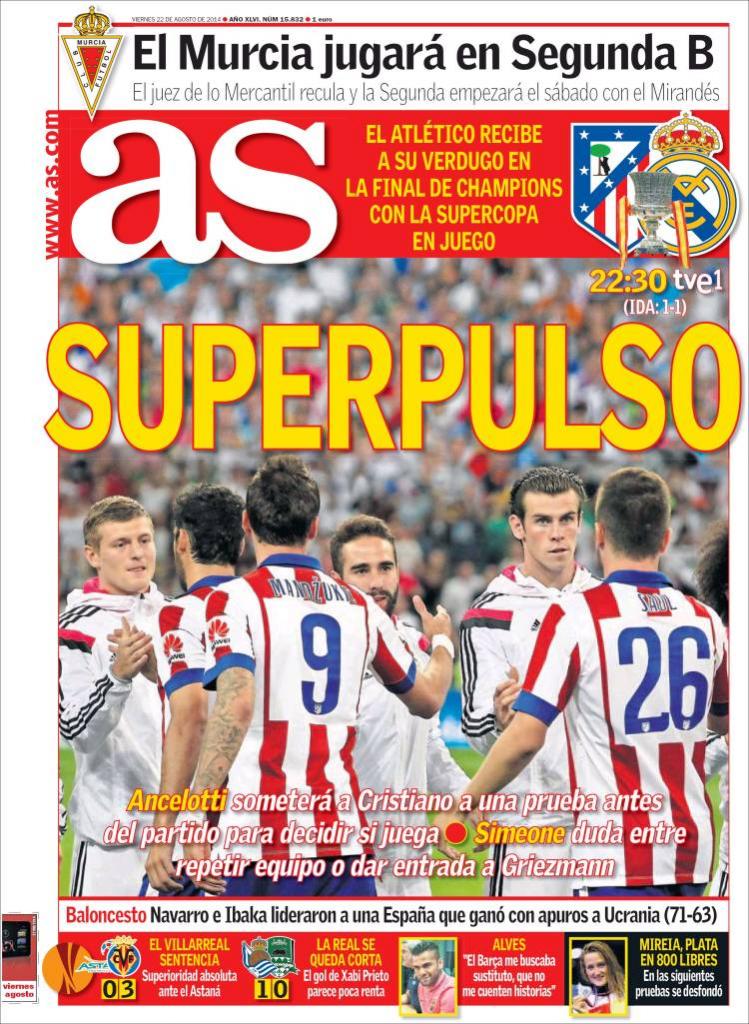 Murcia will play in Segunda B

Villarreal put the tie to bed

Alves: 'Barca are looking for my substitute, don't tell me stories' 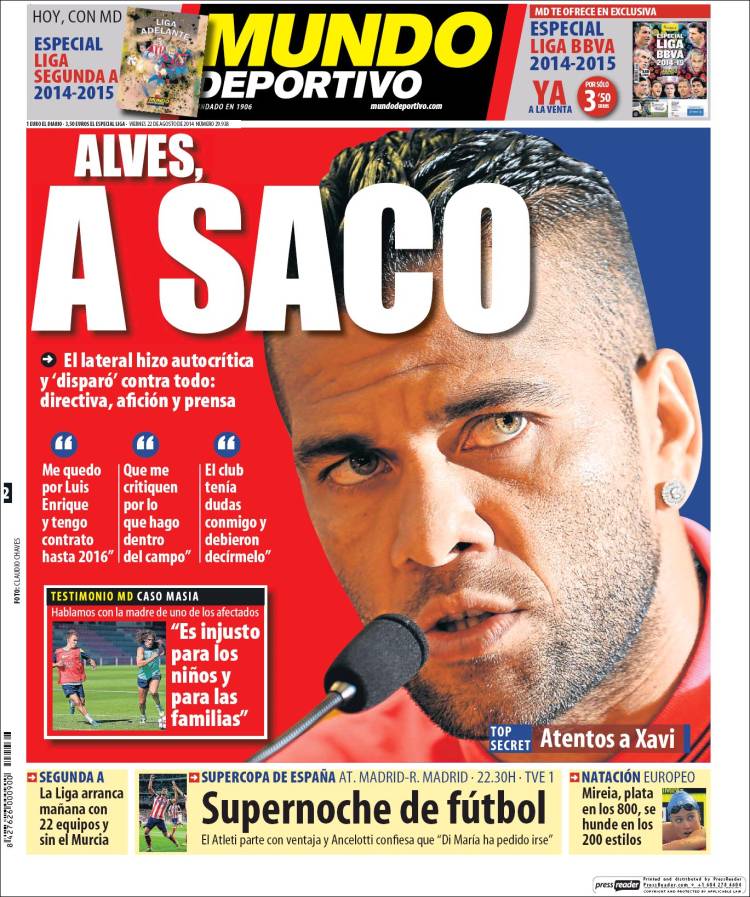 The full-back criticises himself and fires a shot against the directors, fans and Press

'I'm staying for Luis Enrique and I have a contract until 2016. Criticise me for what I do on the pitch. The club have doubts over me and they should have told me'

'It's unfair on the kids and for the families'

We speak to a mother of one of the affected

The League will start tomorrow with 22 teams and without Murcia