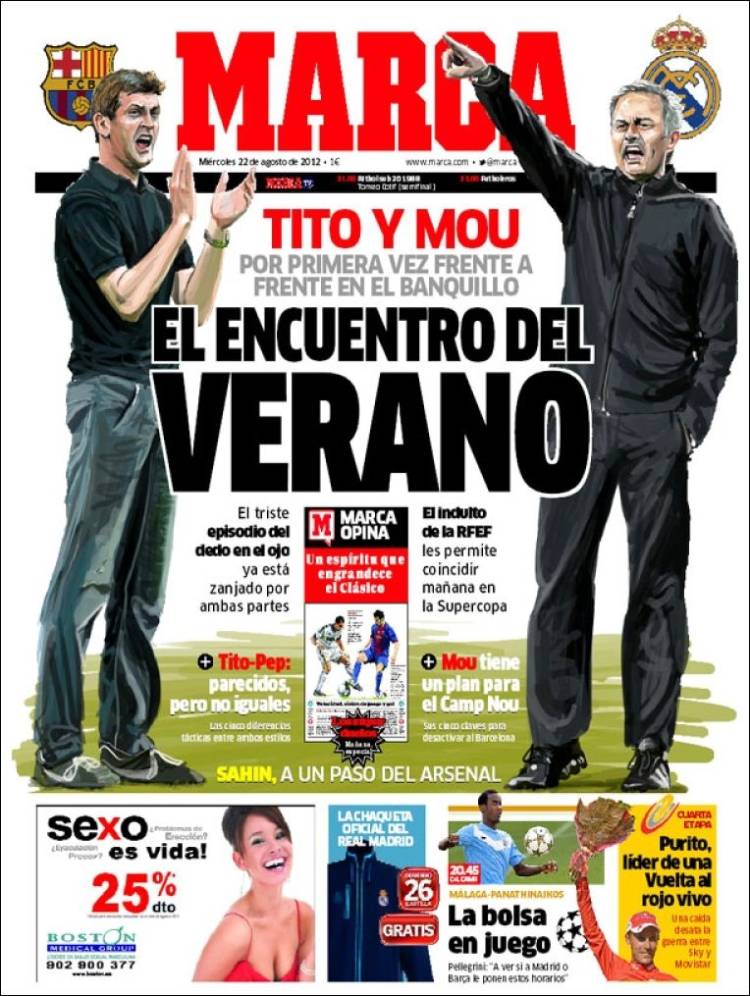 The meeting of the summer: Tito and Mou face-to-face for the first time on the bench

The reprieve has allowed them to meet tomorrow in the Supercopa

Tito-Pep: similar but not equals - the five differences in styles

Mou has a plan for the Camp Nou: his five keys to diffuse Barcelona

Sahin: one step from Arsenal

Pellegrini: "Let's see if Madrid or Barca kick-off at these times" 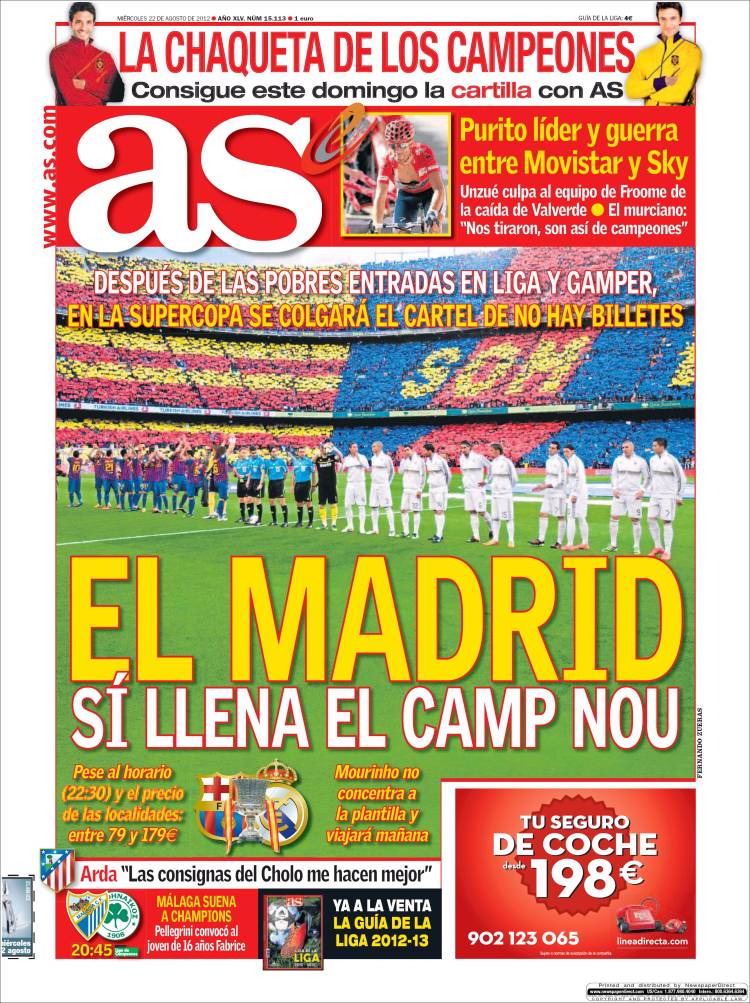 After the poor attendances in La Liga and the Gamper, the Supercopa is a sell-out

Mourinho will not base his squad and will travel tomorrow

Arda: "Cholo's words of advice make me a better player"

Malaga dream of the Champions League 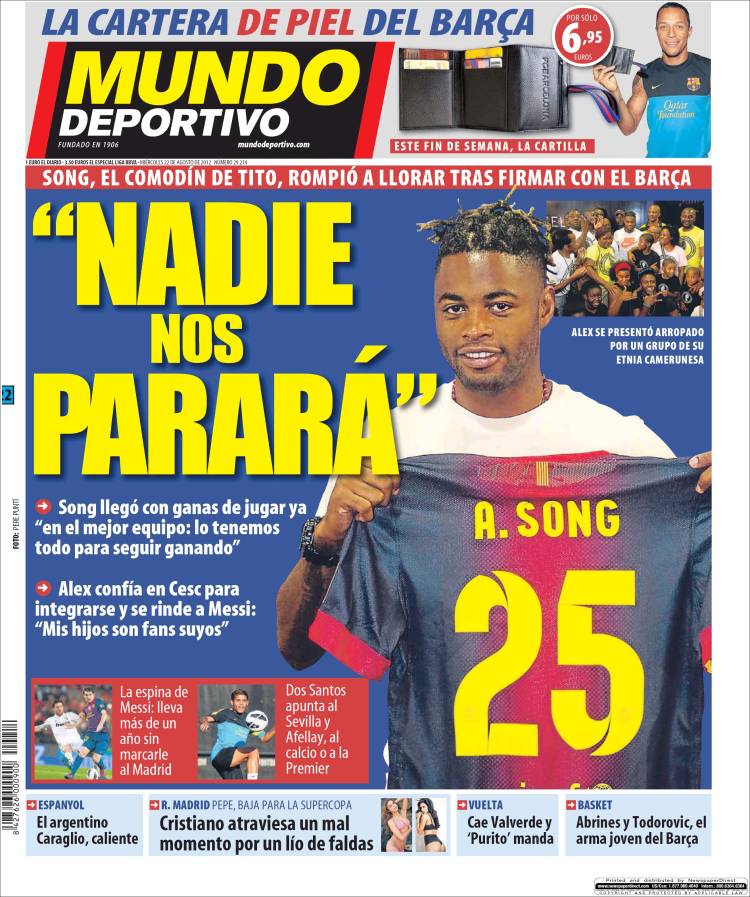 "Nobody will stop us"

Song, Tito's wildcard, breaks down after signing for Barca

Song arrives with hopes of playing in "the best team in the world: we have everything to continue winning things"

Alex trusts in Cesc to integrate him and bows down to Messi: "My sons are fans of his"

A thorn in Messi's side: he has not scored against Madrid for more than a year

Real Madrid: Pepe out of the Supercopa

Cristiano going through a bad time