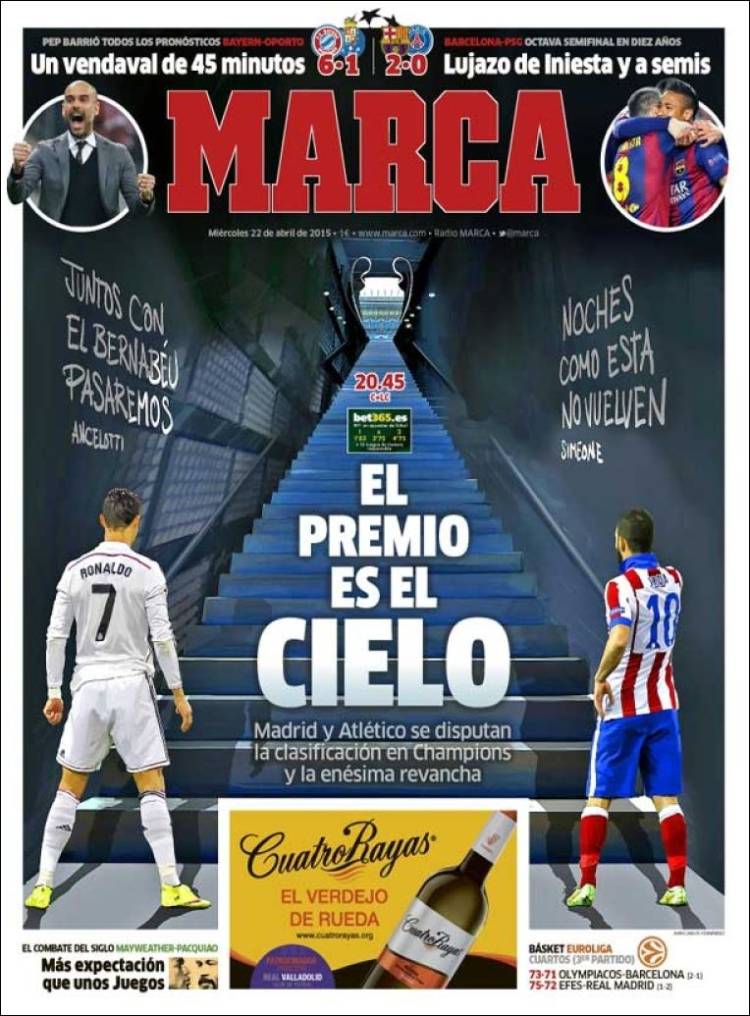 The prize is heaven

Ancelotti: “Together, with the Bernabeu, we’ll go through”

2-0: luxury from Iniesta and towards the semi-finals 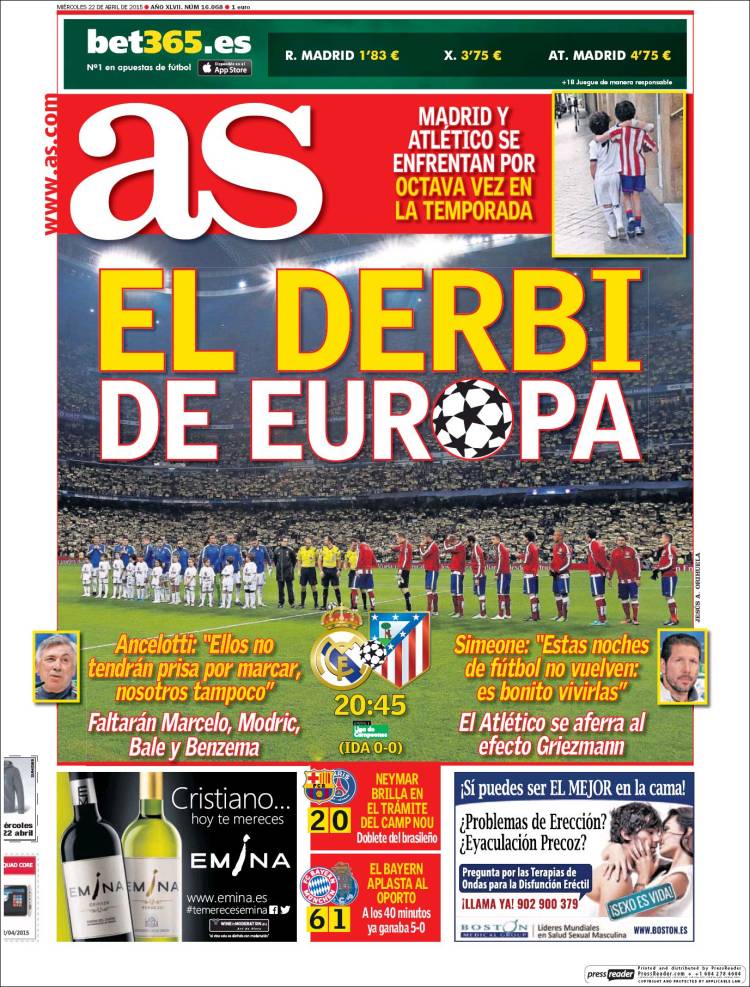 Ancelotti: “They won’t be in any hurry to score and neither will we”

Simeone: “You never get football nights like this again. It’s great to be part of it”

Atletico cling on to the Griezmann effect

Neymar shines in the routine procedure at the Camp Nou. A double from the Brazilian

Bayern crush Porto. After 40 minutes they were already winning 5-0 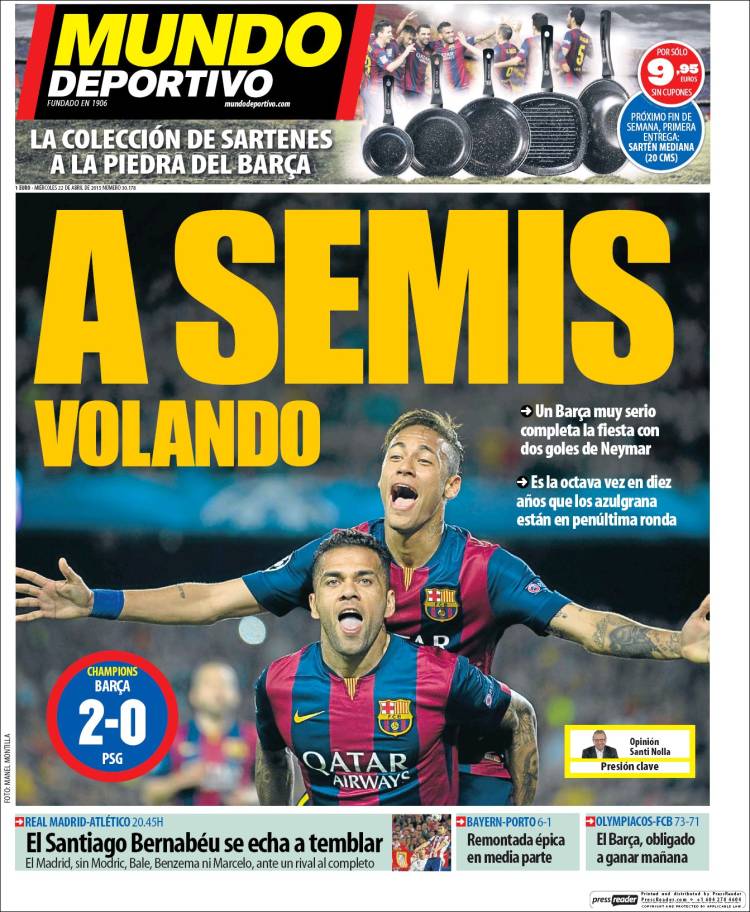 To the semis flying

The Santiago Bernabeu starts to tremble

Madrid, without Modric, Bale, Benzema and Marcelo, against a complete opponent

Bayern 6 Porto 1: epic comeback in the first half