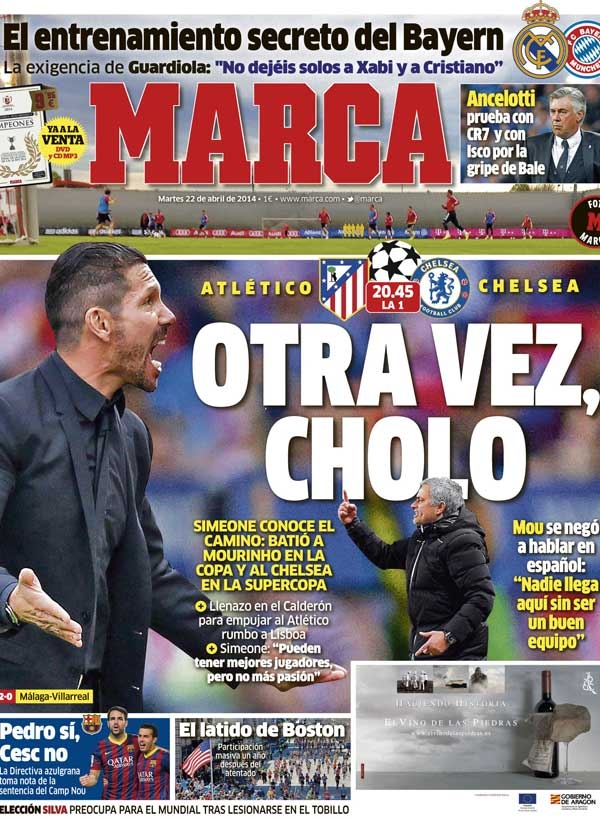 Simeone knows the way. He beat Mourinho in the Copa and Chelsea in the Super Copa

Simone: "They can have better players, but not more passion"
Mou refuses to speak in Spanish: "Nobody gets here without a great squad"
Bayern training in secret

Guardiola demands his side to not leave Xabi and Cristiano free 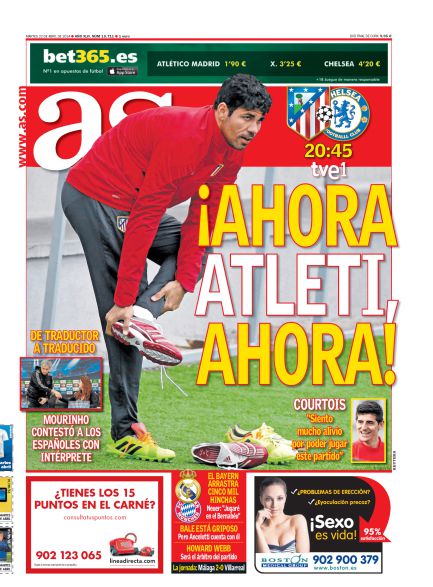 Now Atleti, Now!
Courtois: “I feel relieved that I will be able to play”

From translator, to being translated to

Mourinho refuses to respond in Spanish

Bale has a fever but Ancelotti is still counting on him 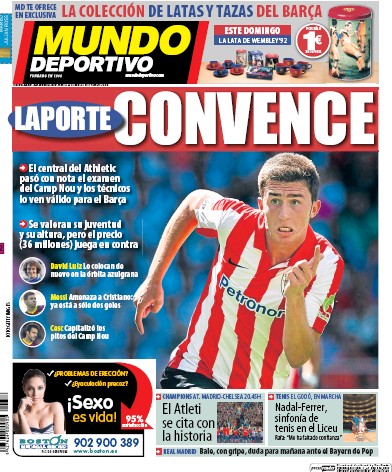 They like his age, his height but the price (36 million) is the downside

David Luiz back on Barca’s radar

Messi threatens Ronaldo; he is only two goals behind the Portuguese

Cesc, the focus of the Camp Nou jeers