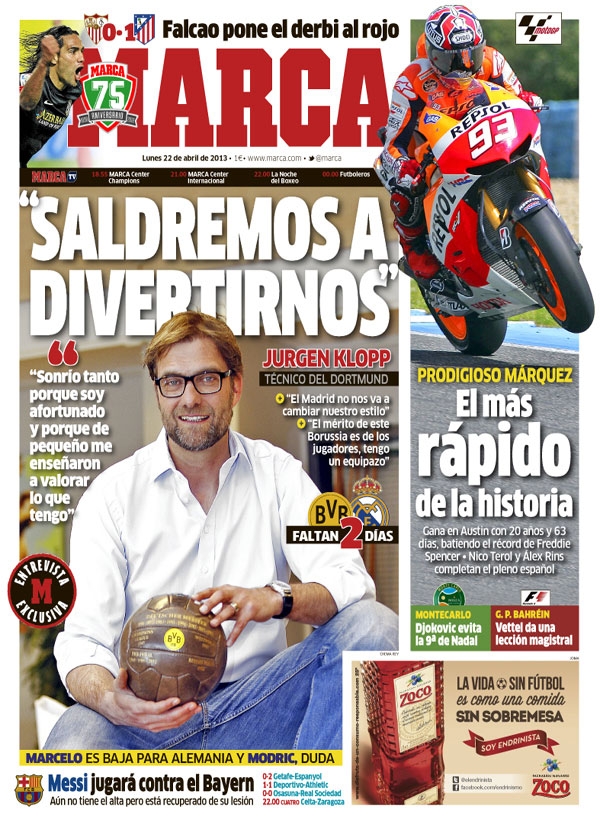 "We will go out and enjoy ourselves," Klopp

"I  smile so much because I am fortunate and because in a little way this has taught me to value what I have," Klopp

"Madrid will not change our style," Klopp

"The merit of this Dortmund side are the players, I have a united team," Klopp

Marcelo is out for Germany, Modric a doubt

Messi will play against Bayern

Even not at his best, but, recuperating from his injury

The fastest in history

He wins in Austin at 20 years and 63 days, beating the record of Freddie Spencer 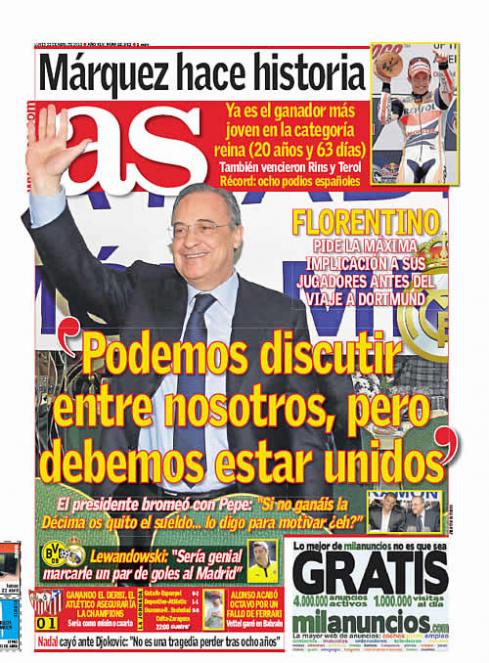 "We can argue between us but we must be united," Perez

The President jokes with Pepe: "If if do not win La Decima, I will take waay your salaries, I say it to motivate it them eh"

Lewandowski: "It would be great to two goals against Madrid"

Nadal falls against Djokovic: "It is not a tragedy to lose after eight years"

He is the youngest winner in history of the MotoGP

Also wins for Rins and Terol

Record: Eight Spaniards on the podium 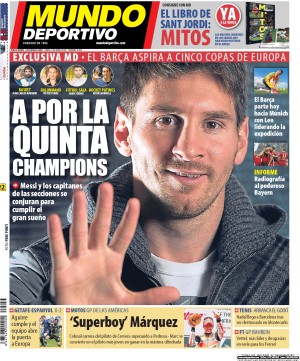 Messi and the captains conspiring to fulfil their dream

Barca leave today for Munich with Leo leading the expedition

Real Madrid: Florentino says CR7 will continue but it quiet on the future of Mou

Nadal arrives in Barcelona after being destroyed in Montecarlo