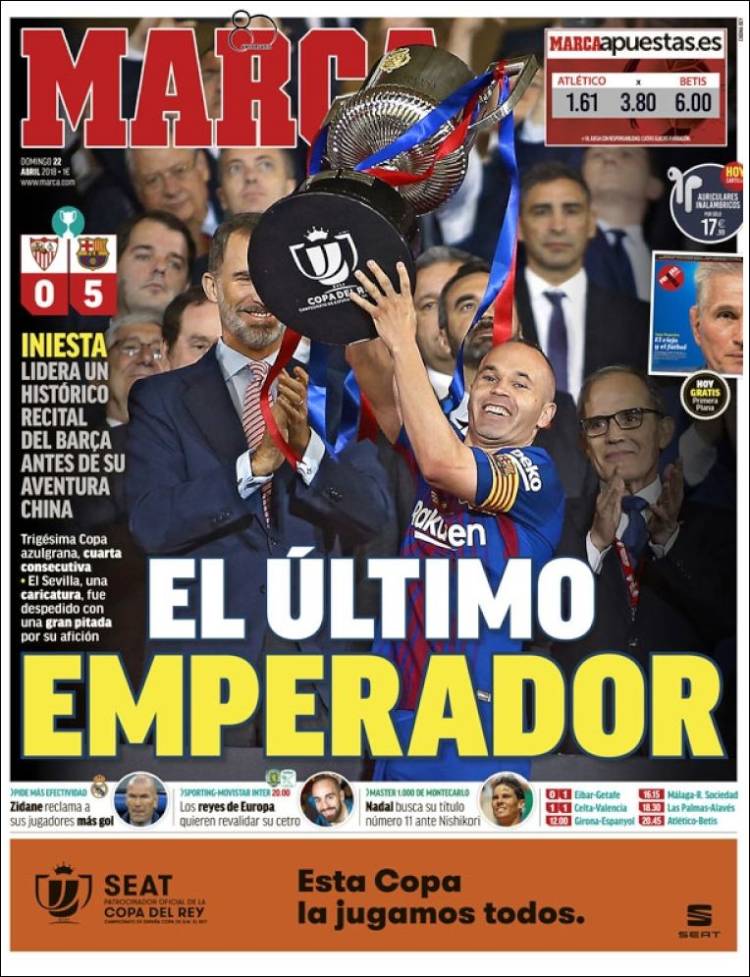 Iniesta leads a historic Barca performance before his Chinese adventur

The Azulgrana's thirtieth Copa and their fourth in succession

Sevilla, who were a caricature, were whistled off by their fans

Zidane calls for more goals from his players 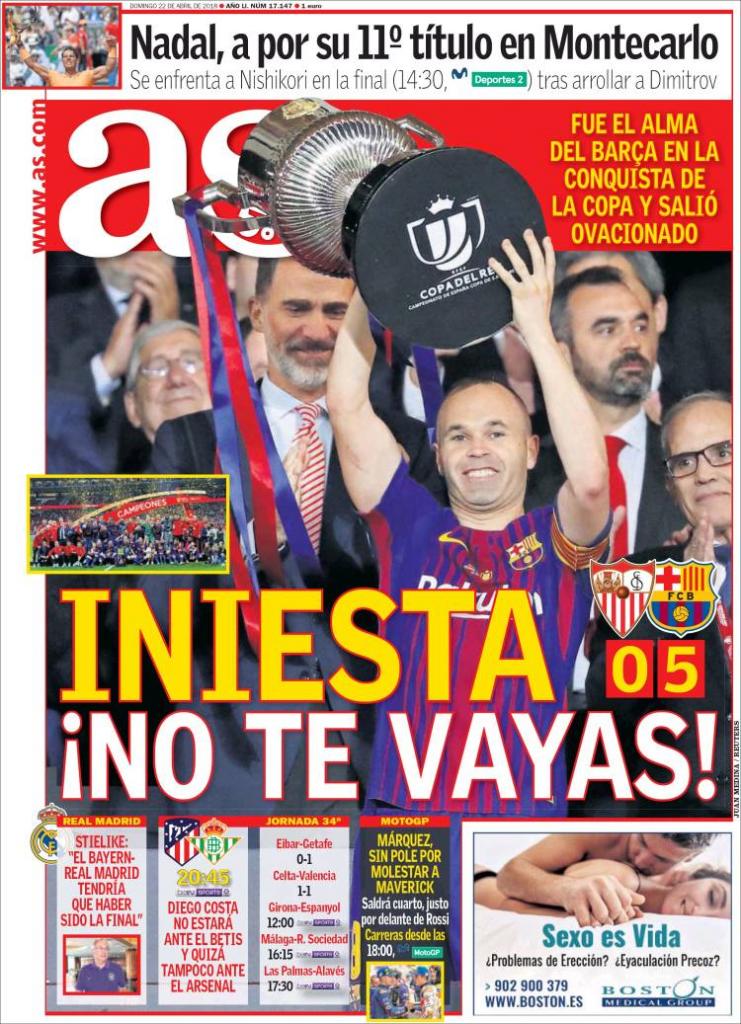 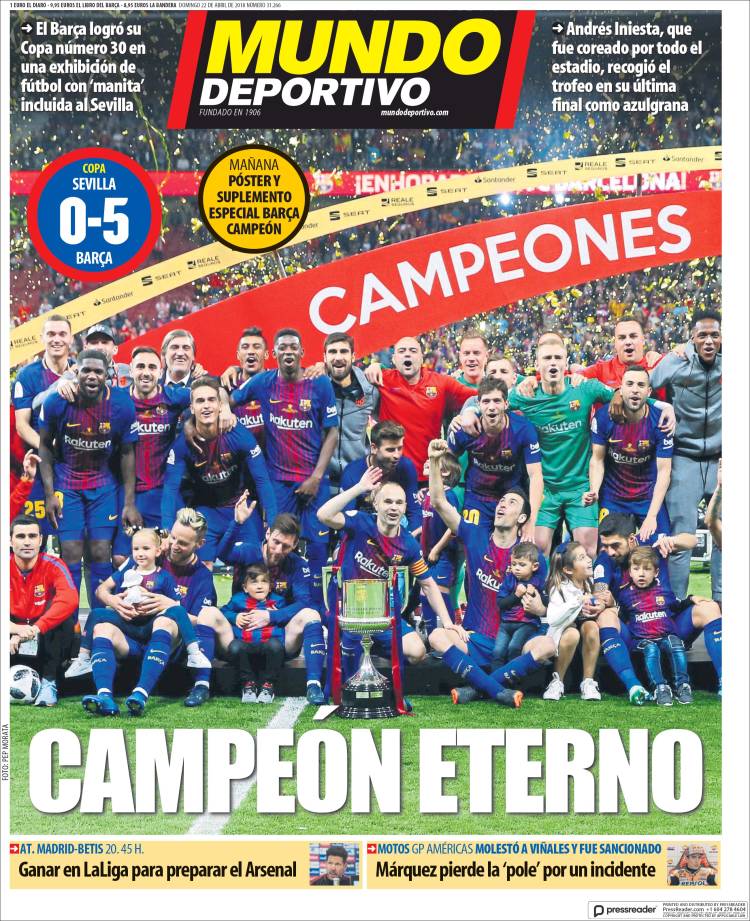 Barca secured their 30th Copa after an exhibition of football, with a complete 'manita' against Sevilla

Andres Iniesta, who was chanted by the whole stadium, collected the trophy in his last Final as an Azulgrana

Winning in La Liga to prepare for Arsenal