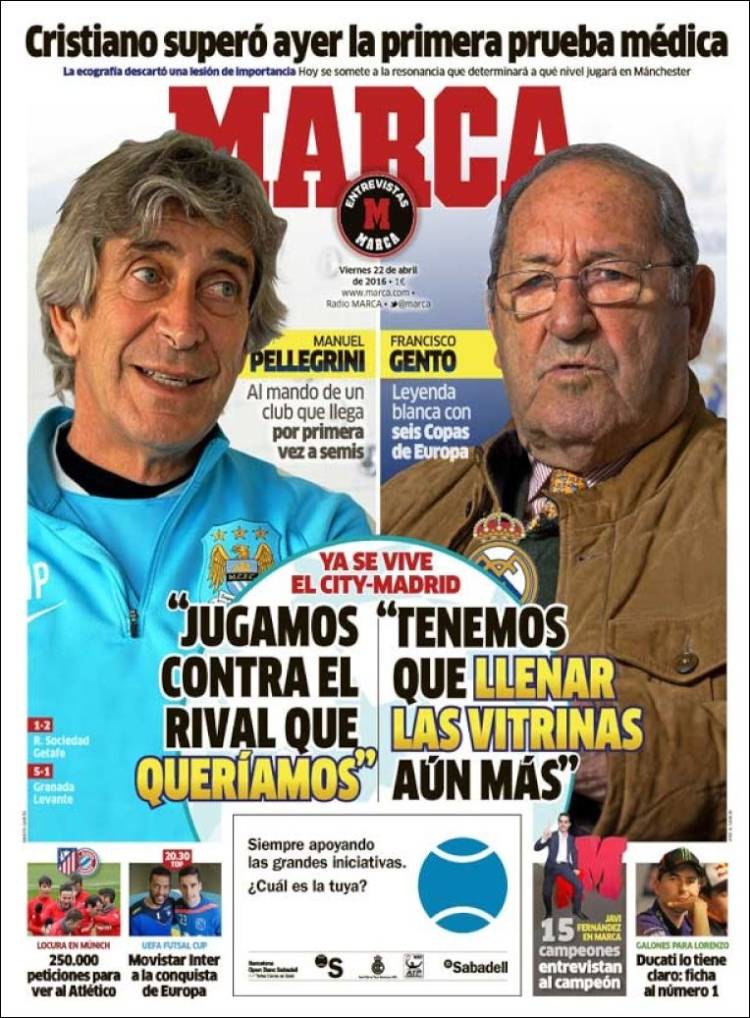 Manuel Pellegrini, in charge of a club who are in the semis for the first time

Sonography ruled out a major injury 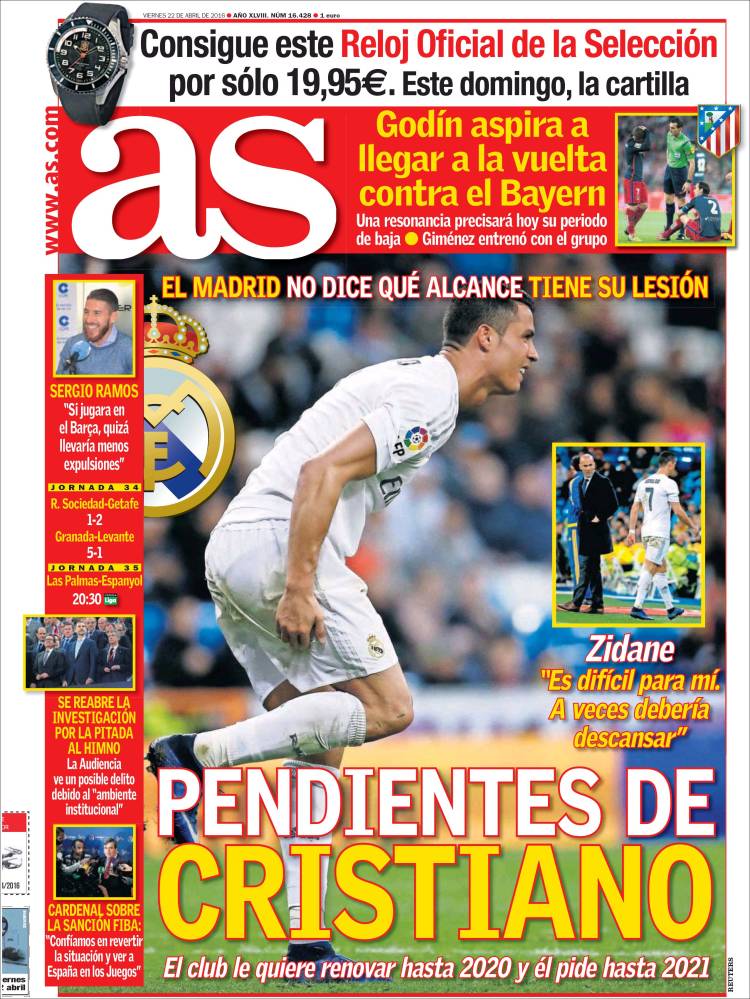 Madrid have not stated the extent of his injury

Zidane: “It's difficult for me. Sometimes he should rest.”

Godin hopes to be back for the return leg against Bayern

A resonance today will determine the length of his recovery

Gimenez trains with the group

The investigation into booing of the anthem reopens 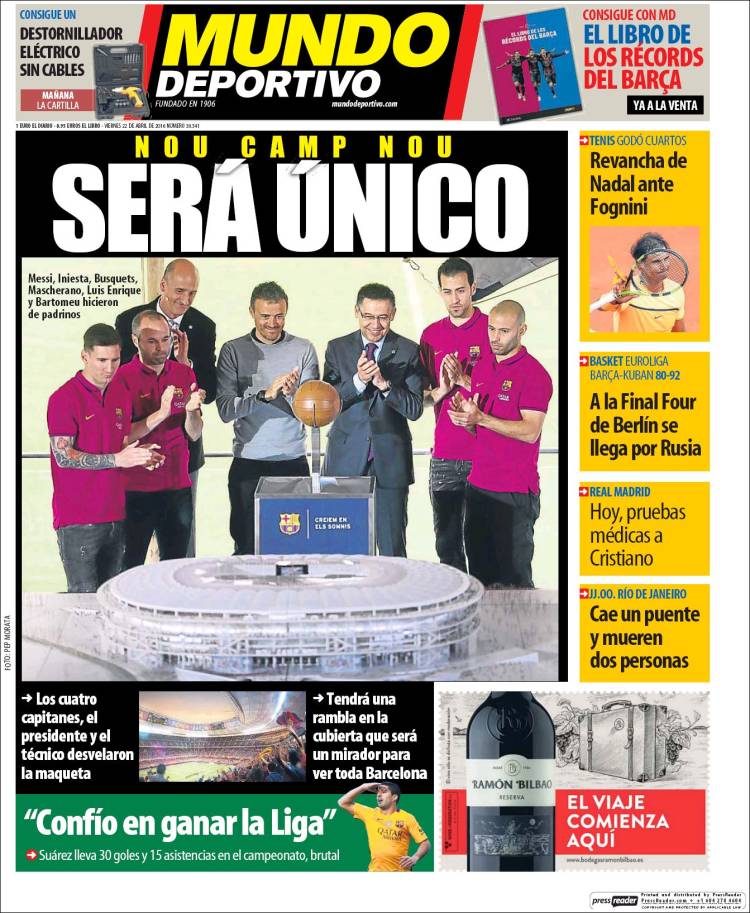 It will be unique

The four captains, the President and Coach unveiled the maquette

Suarez has 30 goals and 15 assists in La Liga, brutal