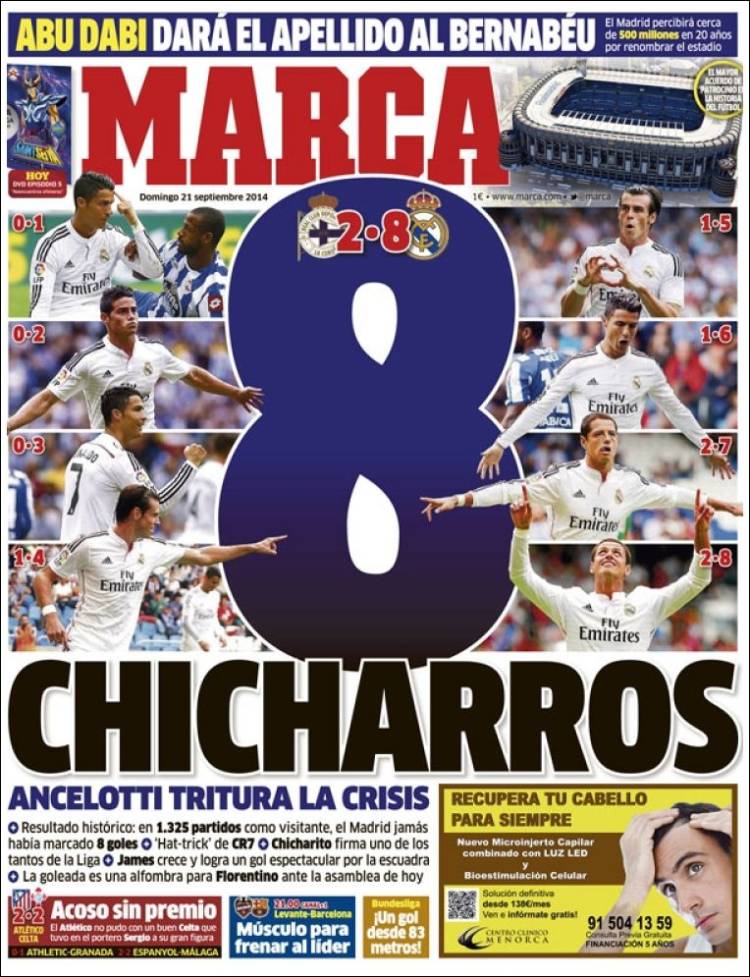 A historic result: in 1,325 games as visitors Madrid have never scored eight goals

Chicharito registers one of the goals of the weekend

Abu Dhabi will give its name to the Bernabeu

The best sponsorship agreement in the history of football

Muscle to stop the leader

Harassed without reward: Atletico were unable to overcome a good Celta who had a great character like Sergio in goal

Bundesliga: a goal from 83 metres! 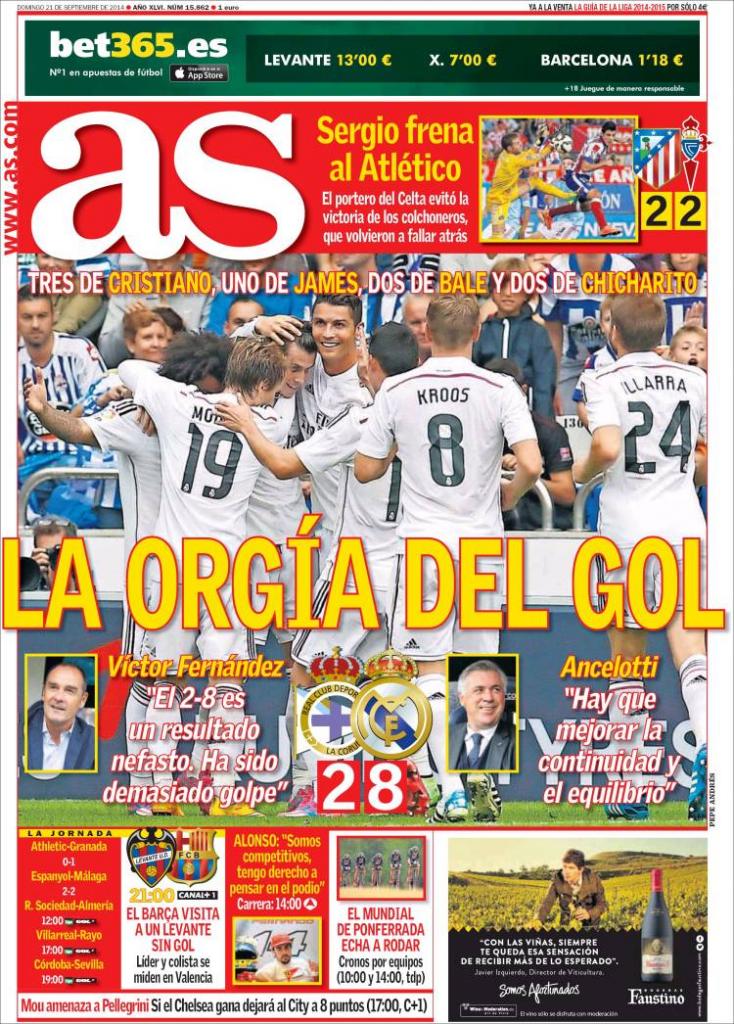 Three from Cristiano, one from James, two from Bale and two from Chicharito

Victor Fernandez: “2-8 was a terrible result. It was a great shock”

Ancelotti: “We have to improve the continuity and balance”

Sergio puts the brake on Atletico

The Celta goalkeeper prevents a victory for Los Colchoneros, who again fail in defence

Barca visit a Levante side that hasn’t scored

Mou threatens Pellegrini: if Chelsea win it will leave City eight points behind 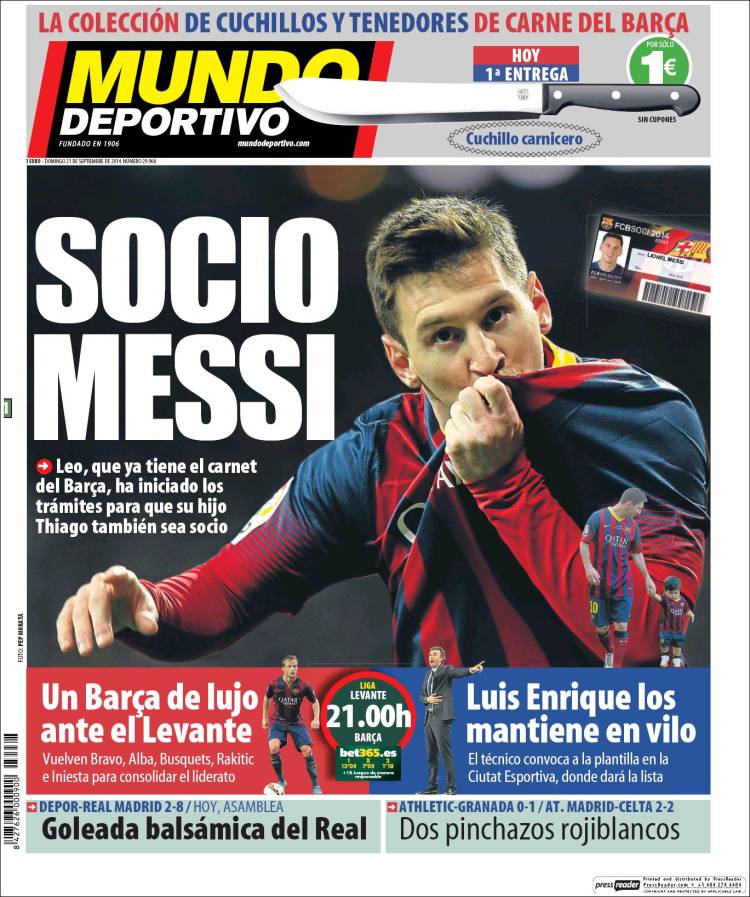 Leo, who is already a Barca member, has taken steps for son Thiago to also become a member

A deluxe Barca against Levante

Luis Enrique keeps them on tenterhooks

The Coach gets the squad together at the Ciutat Esportiva, where he will give them the list of players