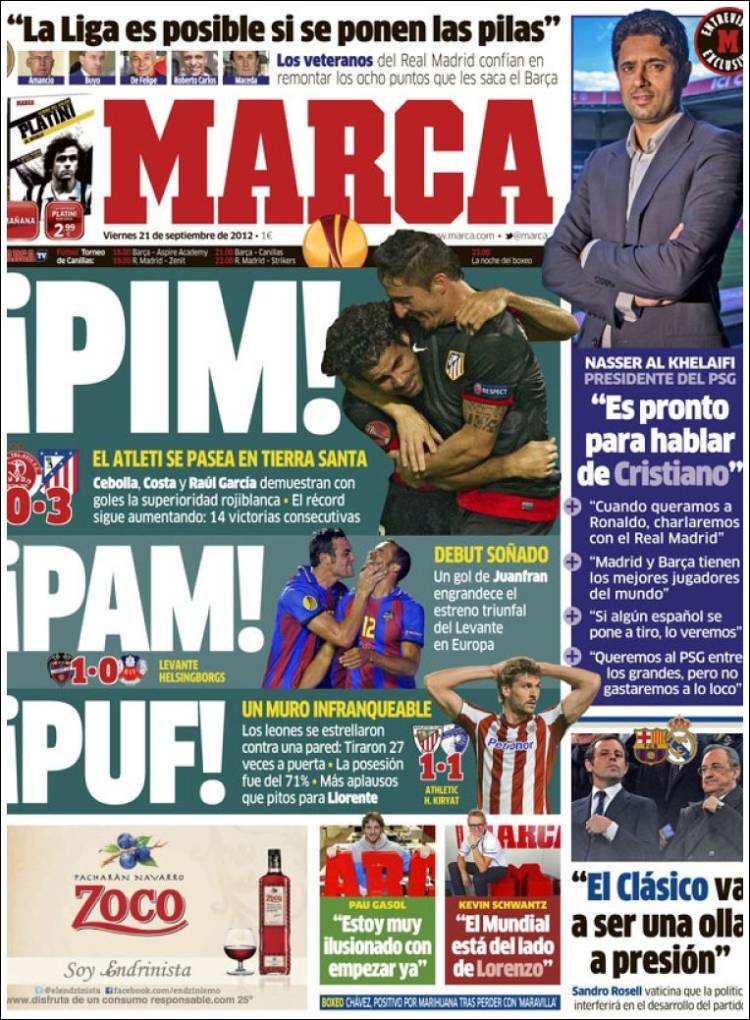 Atleti pass in the land of the saints

Dream debut: a goal from Juanfran rounds off a triumphant debut by Levante in Europe

An impassable wall: Los Leones star against a wall - they have 27 shots at goal

Possession was 71 per cent

More applause than whistles for Llorente

PSG President Nasser Al Khelaifi: "It is too soon to talk about Cristiano Ronaldo"

"When we want Ronaldo we will chat with Madrid"

"Madrid and Barca have the best players in the world" 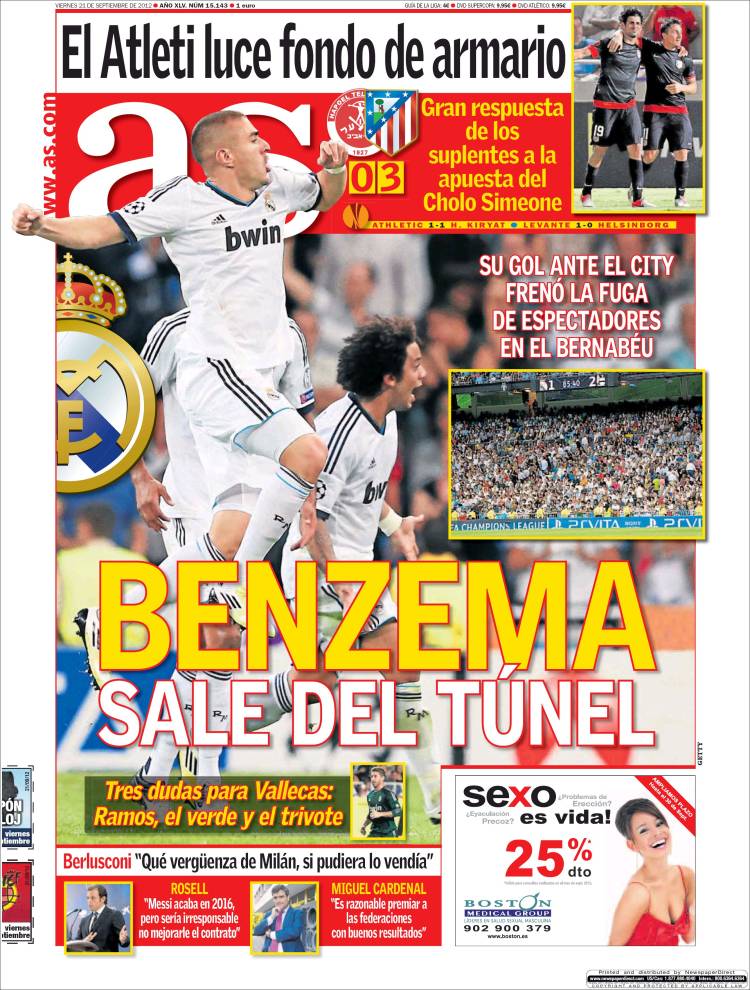 Benzema emerges from the tunnel

Three doubts for Vallecas: Ramos, the green kit and the trivote

Berlusconi: "What shame for Milan that they could have sold him"

Atleti shine from the bottom of their locker: great response from the subsitutes to Cholo Simeone's gamble

Sandro Rosell: "Messi's contract ends in 2016 but it would be irresponsible not to improve it"

Miguel Cardenal: "It is reasonable to reward the federations that get good results" 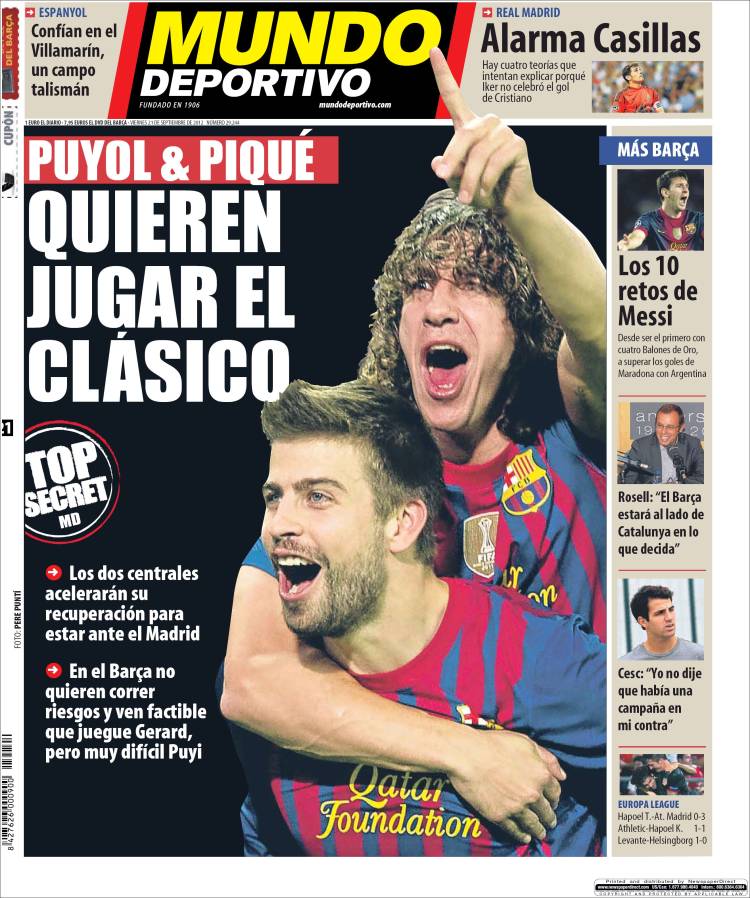 Puyol and Pique want to play in El Clasico

Barca do not want to take risks and see it is as reasonable Gerard plays, but not Pique

Espanyol trust in Villamarin, a lucky ground for them

Casillas alarm: there are four theories why he did not celebrate Cristiano's goal

Messi's 10 challenges: from being the first to win four Ballon d'Ors to beating Maradona's goals for Argentina

Rosell: "Barca will be at Catalonia's side in what is decided"

Cesc: "I never said there was a campaign against me"