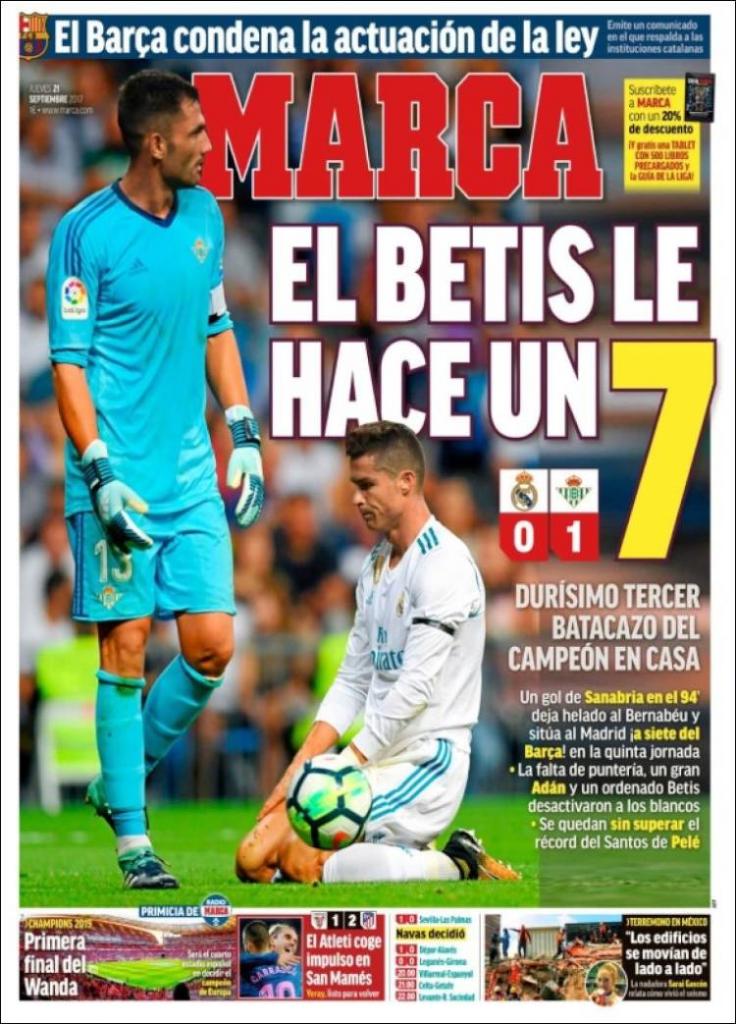 Extremely tough third bump at home for the Spanish

Barca condemn the action of the law 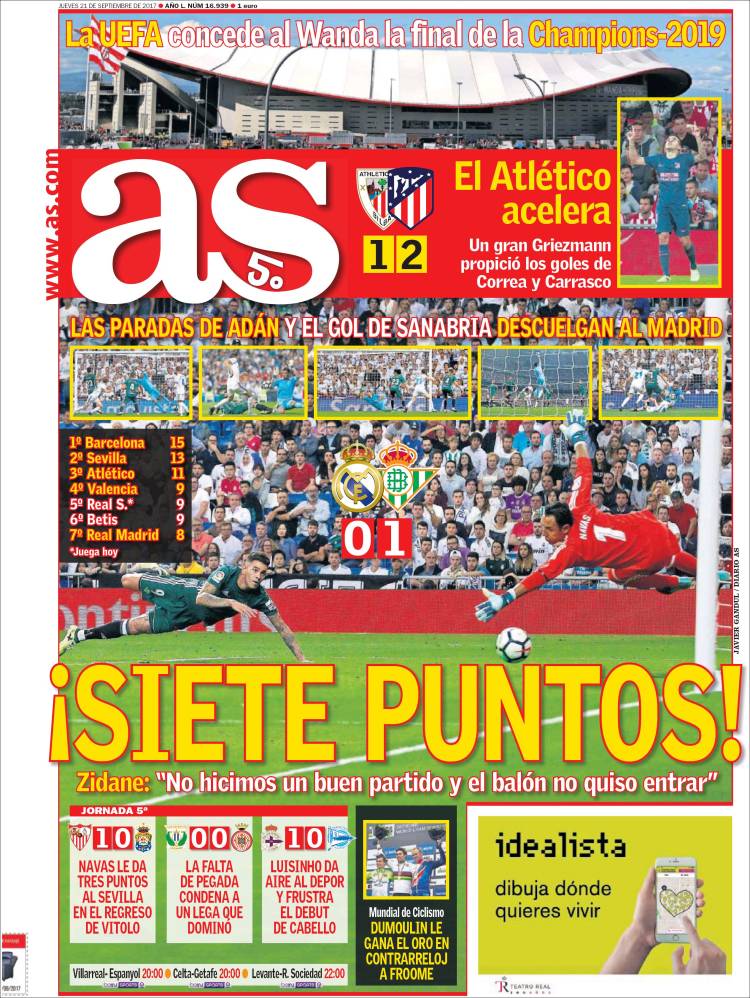 Saves of Adan and header from Sanabria down Madrid

Zidane: We didn't play a good game and the ball wouldn't go in 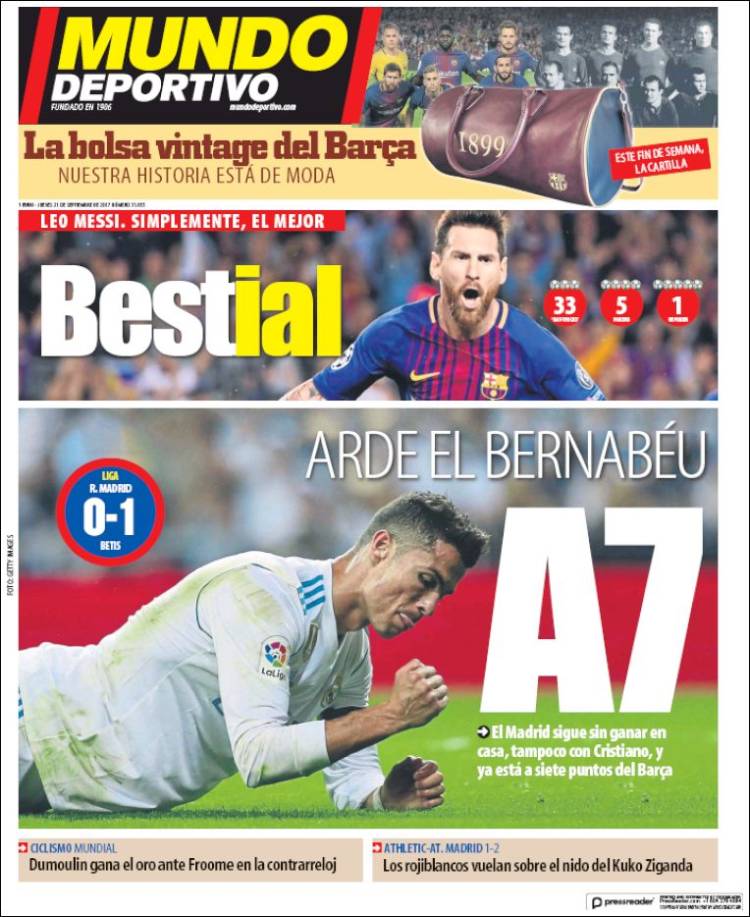 Messi simply the best...seven points behind

Madrid without a win at home but with Cristiano, now 7 points behind Barca