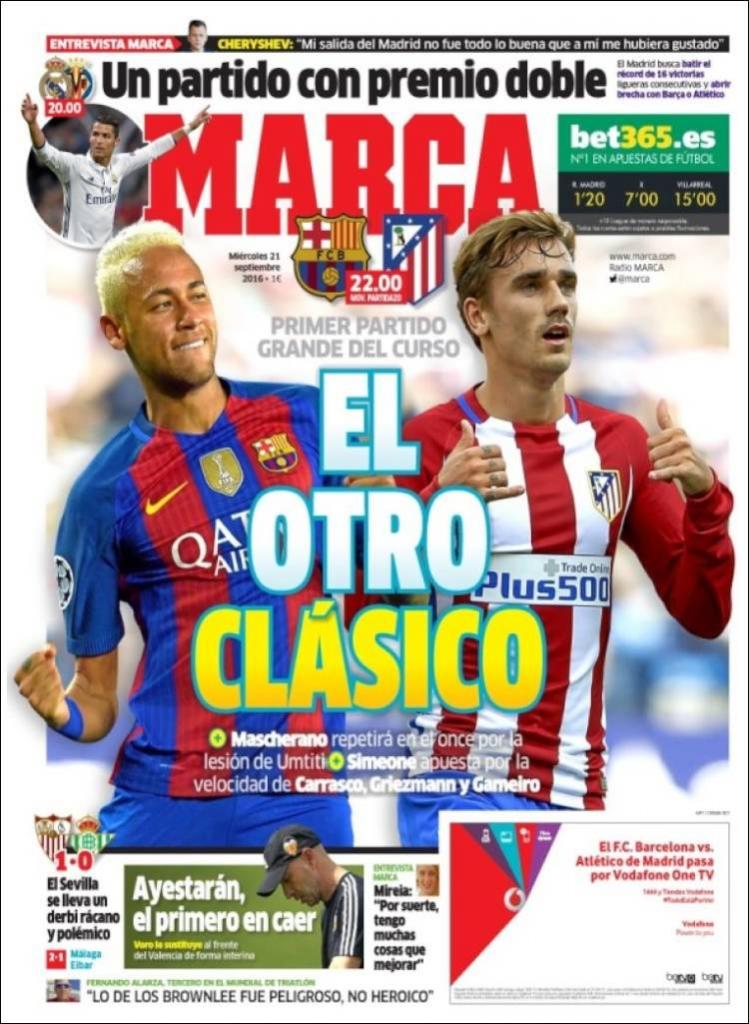 The first big match of the season

Mascherano to play again as Umtiti is injured

Simeone to play with Carrasco,Gameiro, Griezmann

A match with a double reward

Cherysev: 'My departure from Real Madrid was not as good as I'd have liked'

Ayestaran - the first to fall 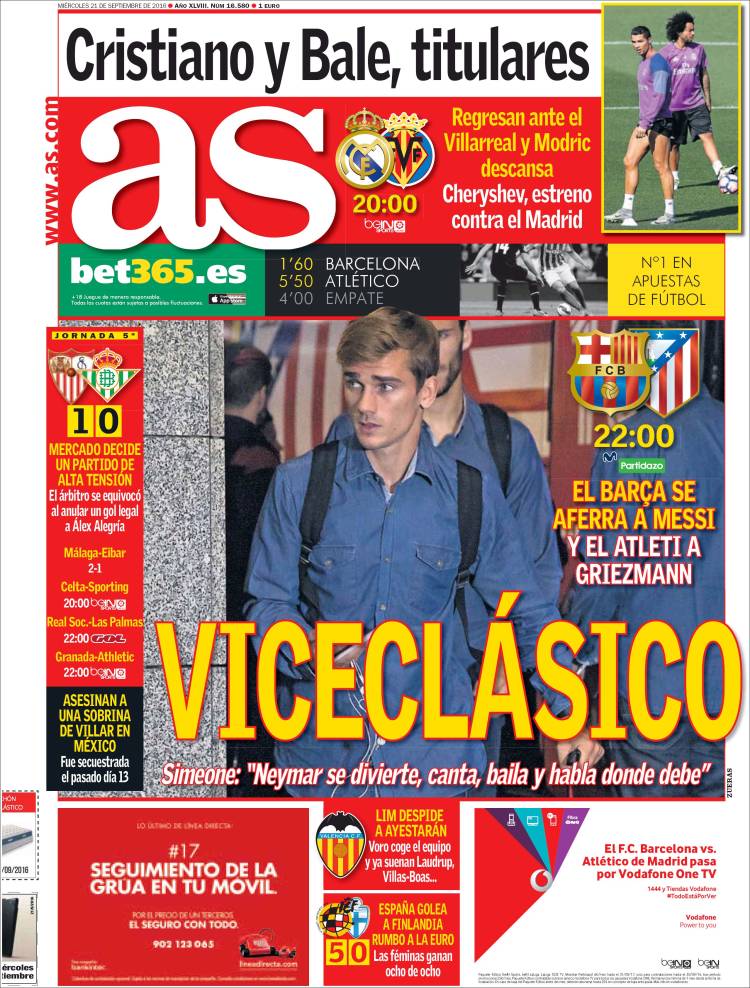 Simeone: Neymar sings, dances and then destroys you by talking on the pitch

Barca look to Messi and Atletico to Griezmann

Mercado decides a match with high tension, the referee rules out a valid goal by Alex Alegria

Lim dismisses Ayestaran, they dream of Laudrup or Villas-Boas 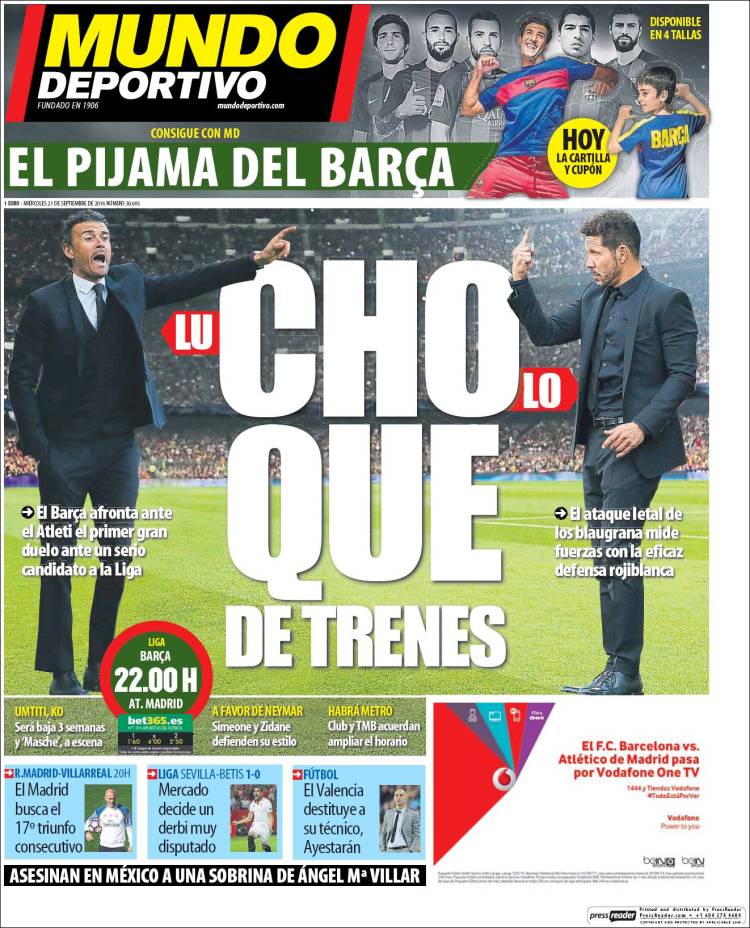 Barca against Atletico the first major duel of the season

It will be Barca's lethal attack against Atletico's mean defence

Umtiti is out for three weeks, Mascherano will play