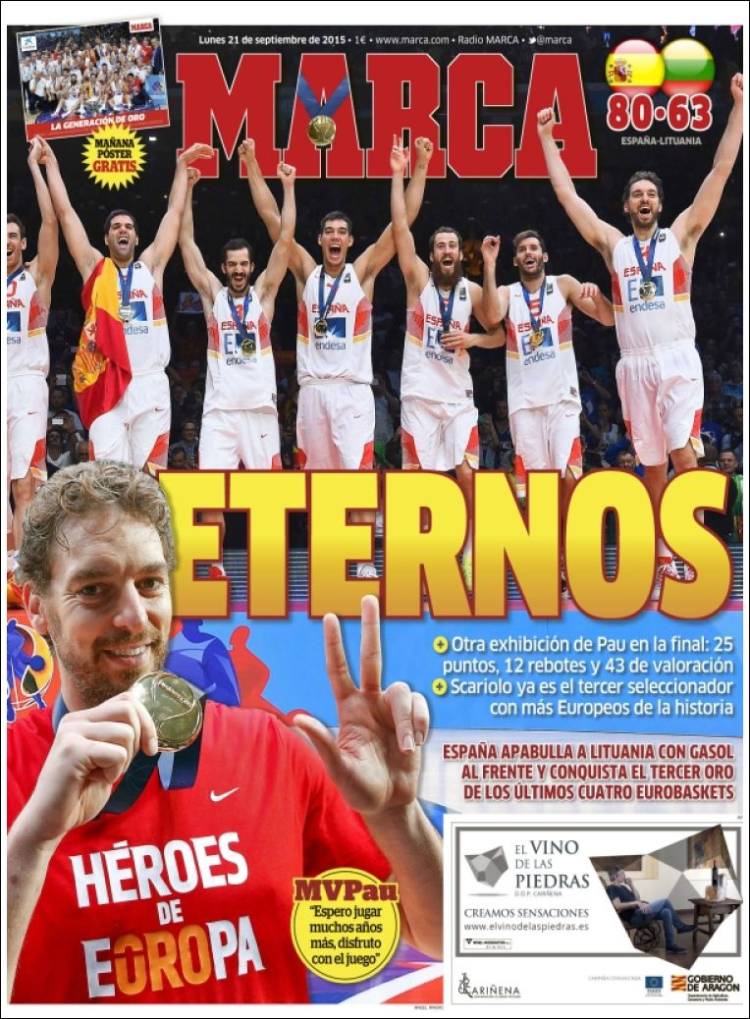 Another exhibition from Pau in the final: 25 points and 12 rebounds and an efficiency rating of 43 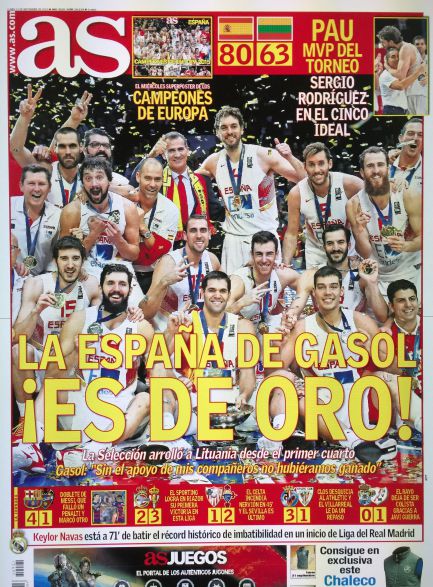 The national team rolled over Lithuania from the first quarter

Gasol: “Without the support of my teammates, we wouldn’t have won”

A brace from Messi, who missed a penalty and scored another

Celta set the Nervion on fire on in the first half, Sevilla move bottom

Rayo no longer bottom thanks to Javi Guerra 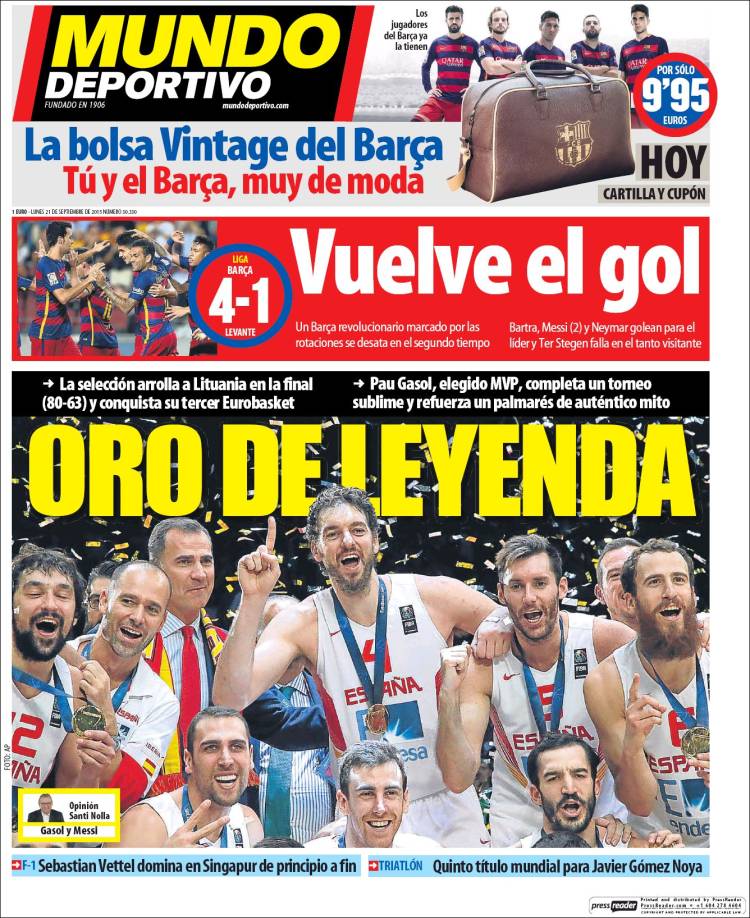 Pau Gasol, chosen as the MVP, rounded off a fantastic tournament to confirm he is a living legend

Bartra, Messi (2) and Neymar fire Barca top, while Ter Stegen was at fault for the visitors’ goal