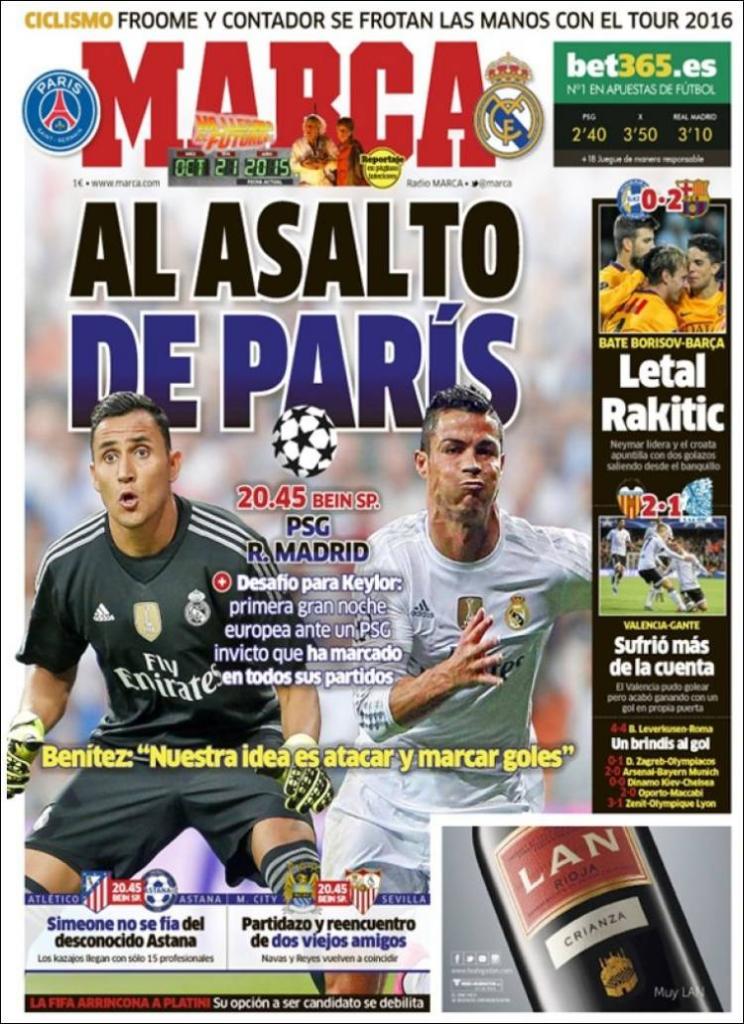 Benitez: “Our idea is to attack and score goals”

A toast to goals

Simeone is wary of the unknown Astana

The Kazakhs bring only 15 professionals

His option to be a candidate weakens 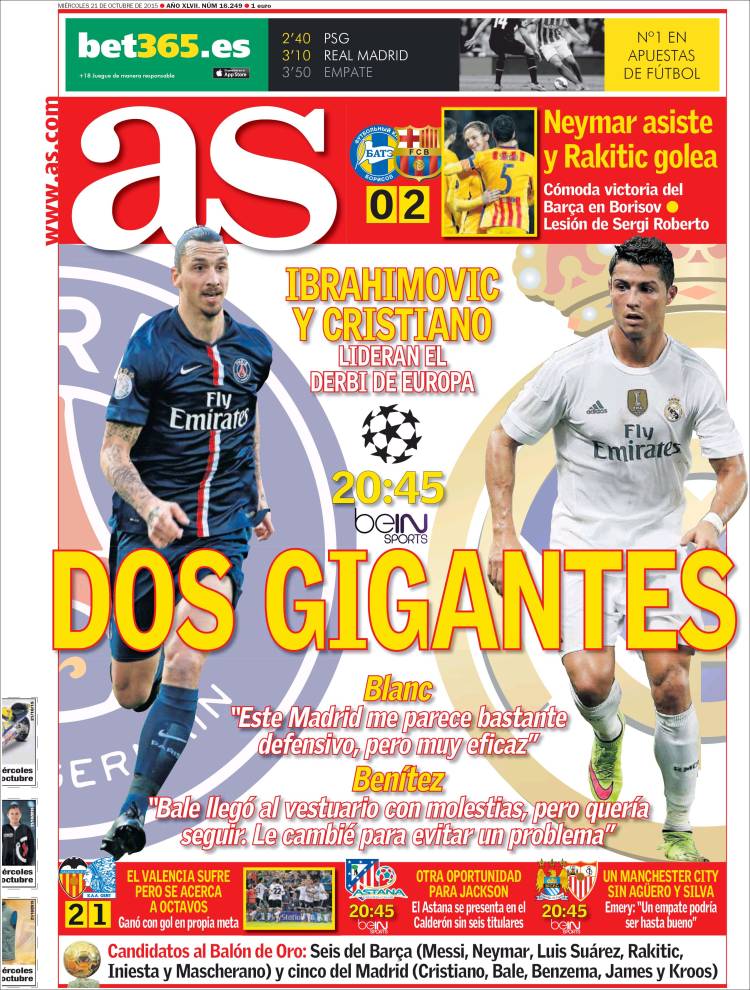 Ibrahimovic and Cristiano lead the derby of Europe

“This Madrid seems to me to be quite defensive, but very effective”

“Bale came to the locker room with discomfort but he wanted to continue. I took him off to avoid a problem”

Comfortable victory for Barca in Borisov

Valencia suffer but near the Round of 16

Won with an own goal

Another opportunity for Jackson

Astana appear at the Calderon without six starters

A Manchester City without Aguero or Silva

Emery: “A draw could be good”

Candidates for the Ballon d’Or: 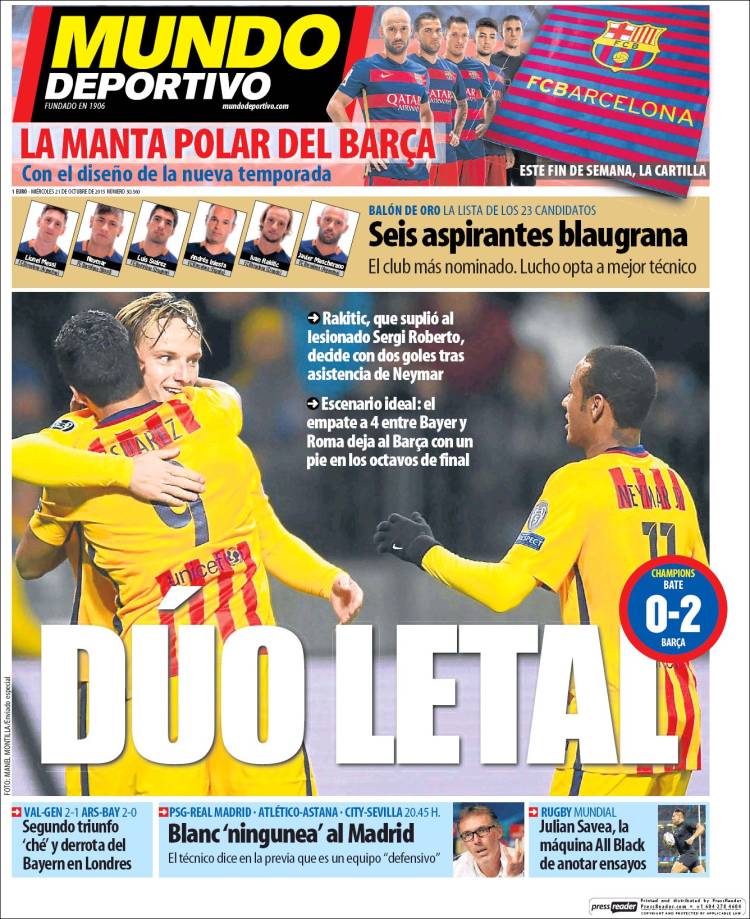 The ideal scenario: The 4-4 draw between Bayer and Roma leaves Barca with a foot in the first knockout round

The most nominated club. Lucho an option for best Coach

Second triumph for ‘Los Che’ and defeat for Bayern in London

Blanc ‘looks down on’ Madrid