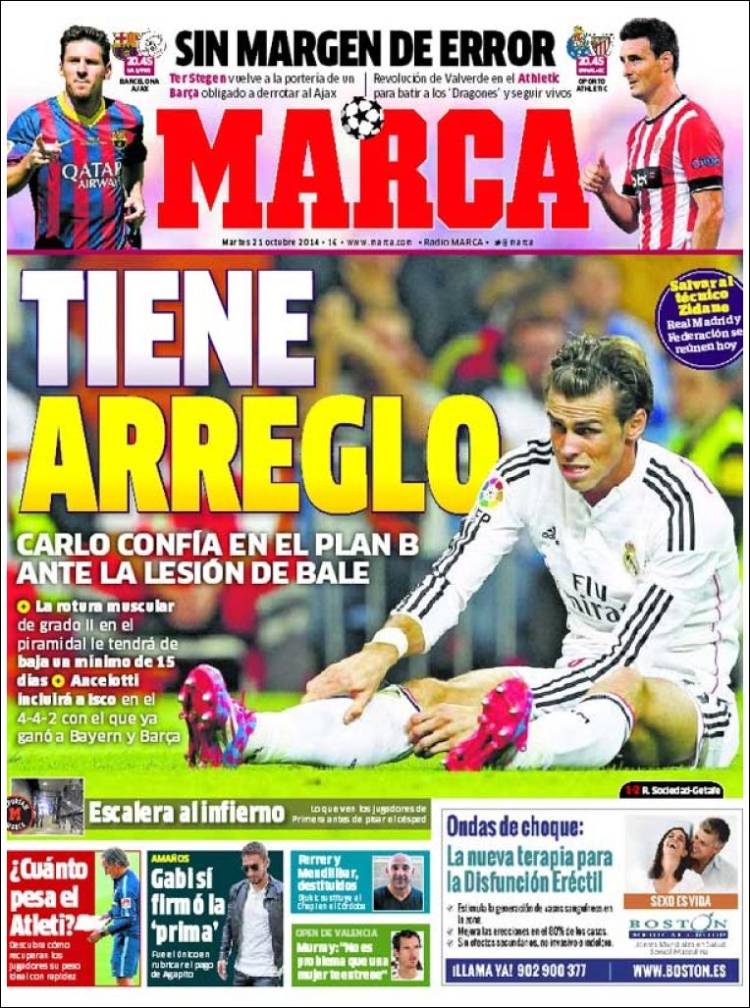 He has to sort it out

Carlo trusts in Plan B in light of Bale’s injury

Save Coach Zidane; Real Madrid and the Federation will meet today

Without margin for error; Ter Stegen returns in goal for a Barca that is obliged to beat Ajax

Staircase to hell; what the players will see before stepping onto the grass

How much do Atleti weigh? Discover how the players control their weight with deterrents

Match-fixing; Gabi did sign the ‘bonus’; it was him who rubber-stamped the payment from Agapito 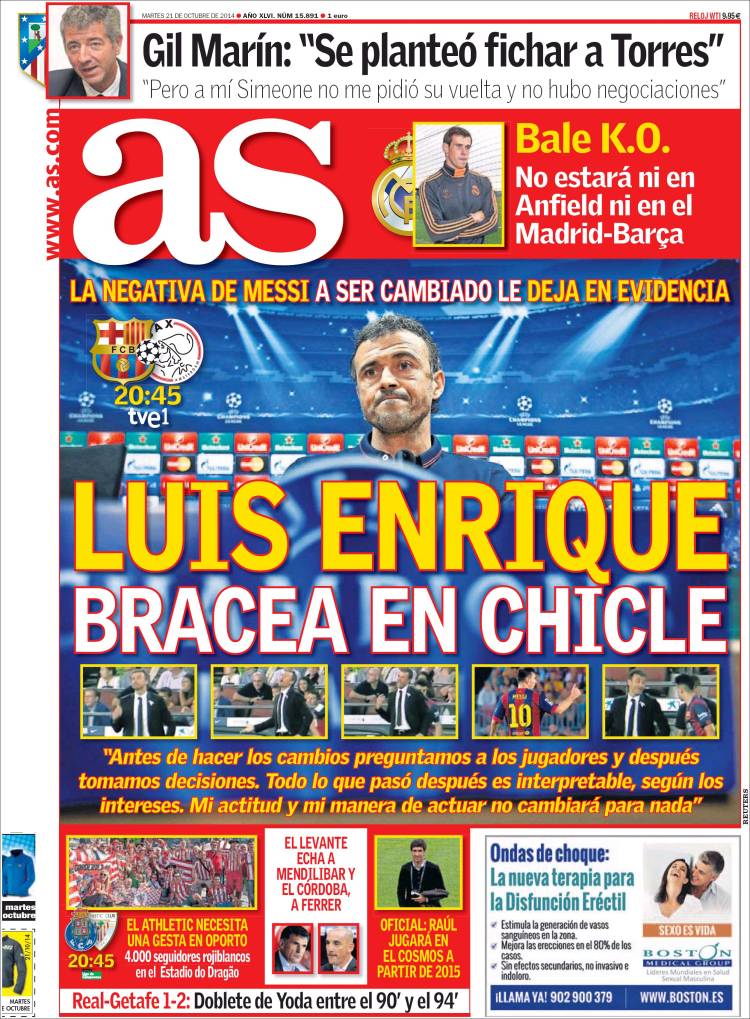 Luis Enrique chews it over

Messi’s negative reaction to being substituted leaves the evidence

“Before making changes we ask the players and then take decisions. Anything that happens afterwards you can interpret according to your interests. My attitude and my behaviour will not change for anybody.”

Bale KO; he will not be at Anfield or Madrid-Barca

Levante sack Mendilibar and Cordoba do the same with Ferrer

Official: Raul will play at Cosmos from 2015

Real 1 Getafe 2: Yoda double between the 90th and 94th minutes 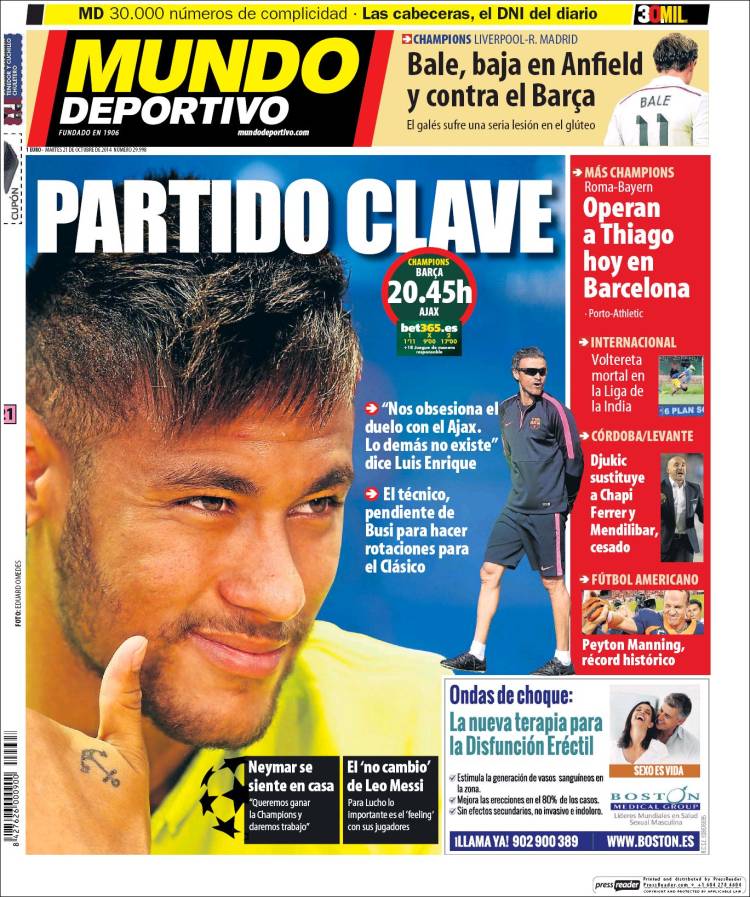 “We are focused on the Ajax clash. Nothing else exists,” says Enrique.

The Coach, awaiting Busi to make rotations for the Clasico

Bale out at Anfield and against Barca; the Welshman suffers a serious buttock injury

Thiago will be operated on today in Barcelona

Fatal somersault in the Indian League

Leo Messi’s ‘non-change’; for Lucho the important thing is the ‘feeling’ with his players