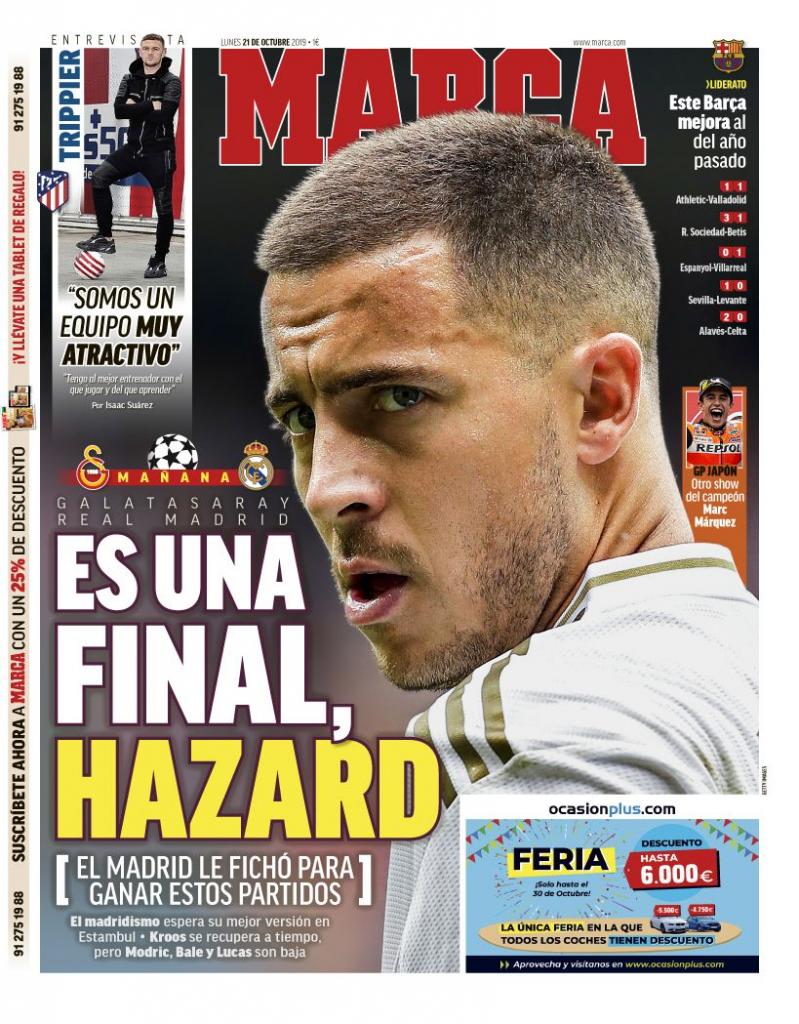 It's a final, Hazard

Madrid signed him to win these games

This Barca improved from last year 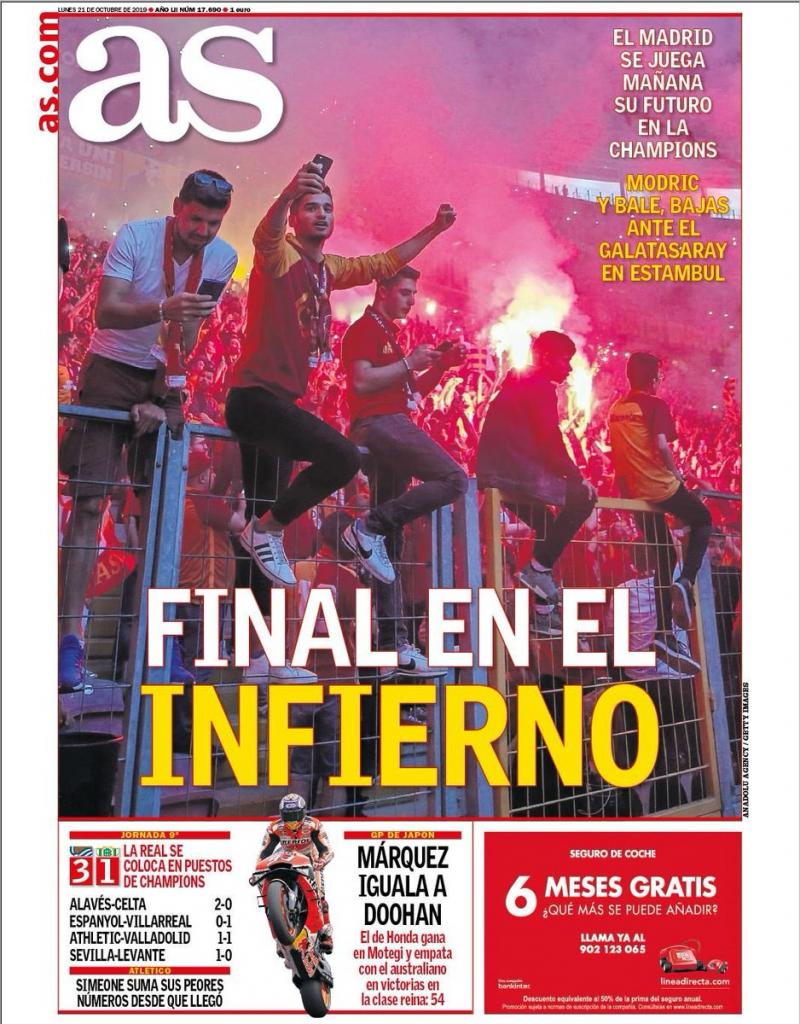 Final in the infierno

Madrid play for their future in the Champions League, Modric and Bale major doubts

Simeone with his worst numbers since arriving 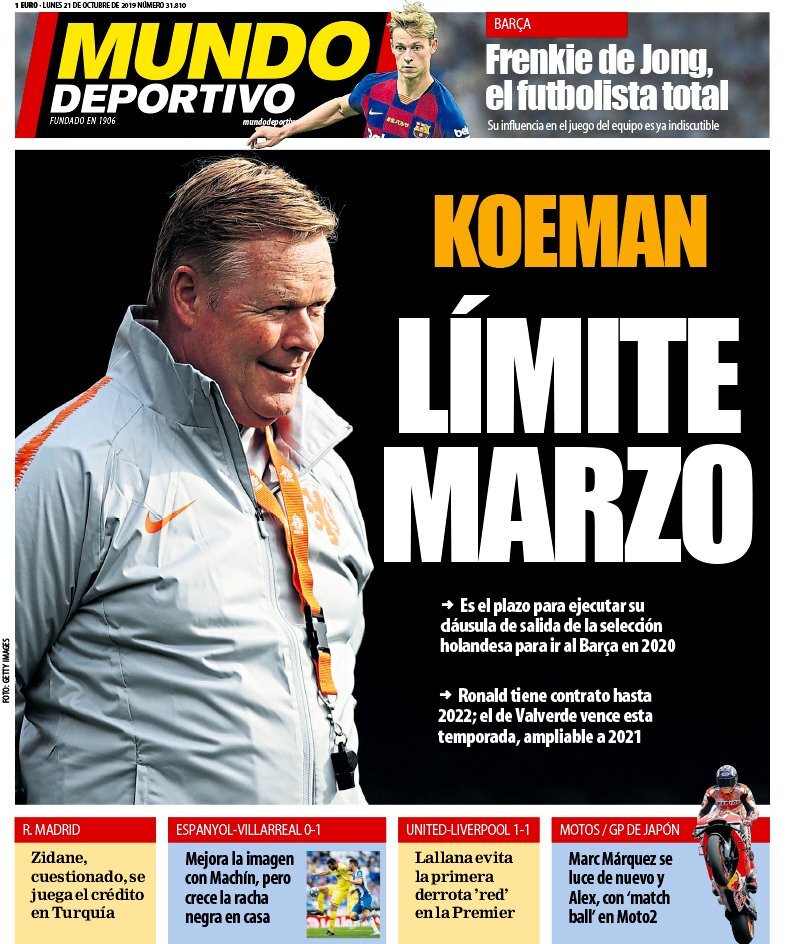 There is a clause in his Netherlands contract for Barcelona 2020 approach, his deal there is until 2022, Valverde's with Barcelona until 2021

Zidane questioned ahead of Turkish match