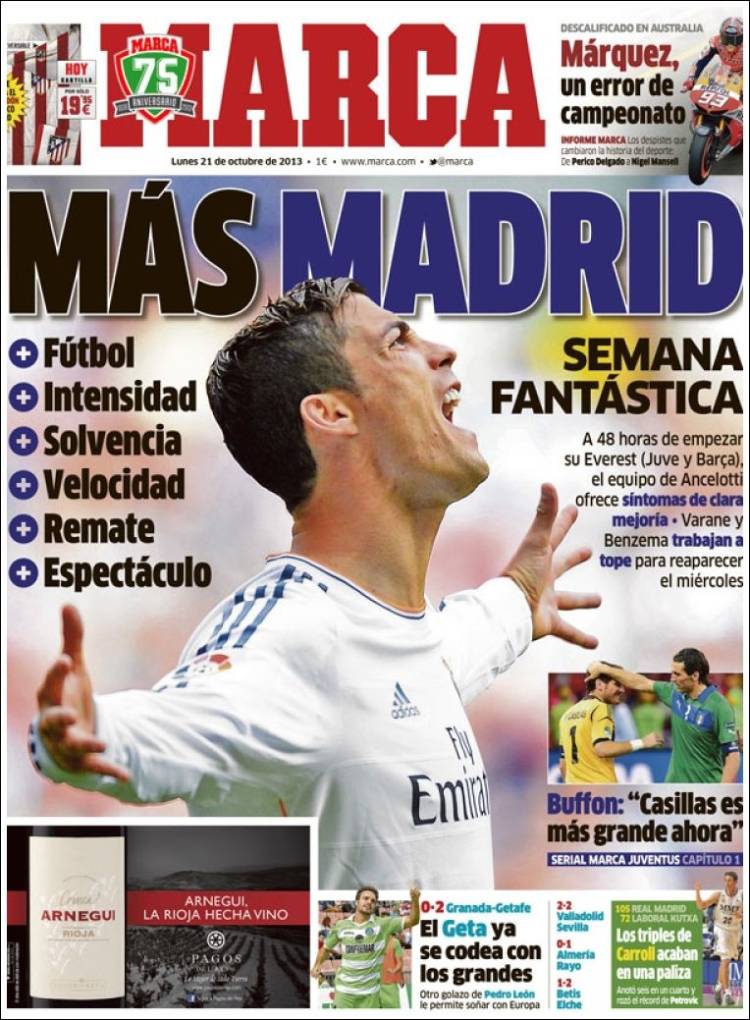 48 hours before starting the climb on Everest (Juve and Barca)

Varane and Benzema working hard to be ready for Wednesday

Getafe mixing it with the best

Another golazo from Pedro Leon has his side dreaming of Europe 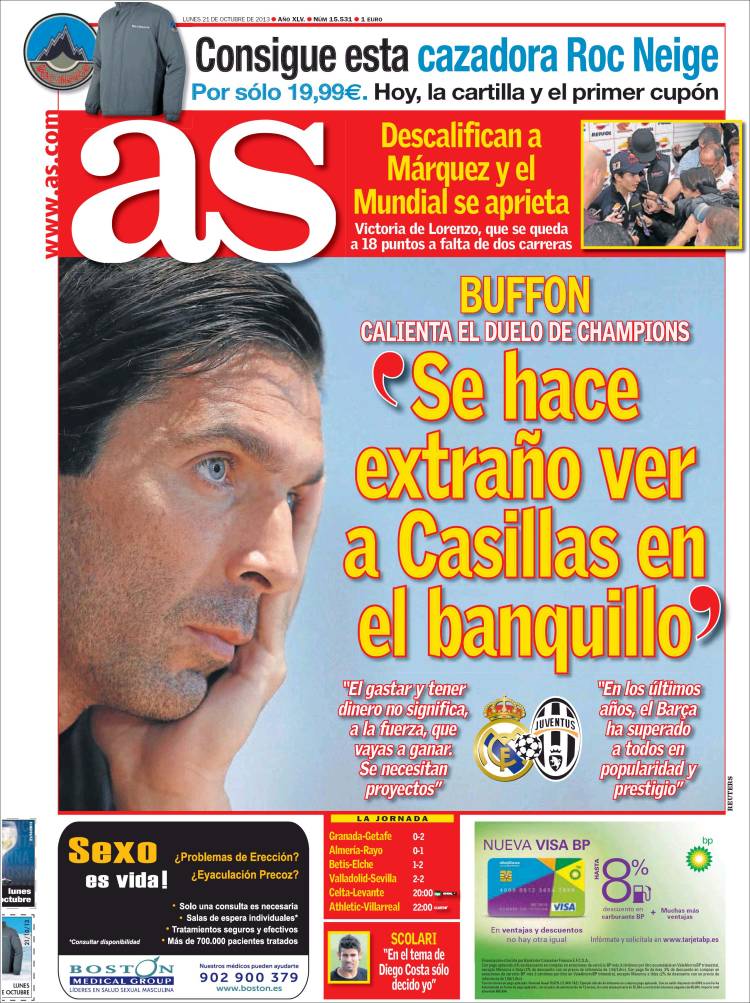 "It is strange to see Casillas on the bench"

"To spend and have lots of money does not guarantee victory, pa clear project is needed"

"In recent years, Barca have superseded everyone in popularity and prestige"

Marquez is disqualified and the championship opens up

Scolari: "Only I decide what happens with Diego Costa" 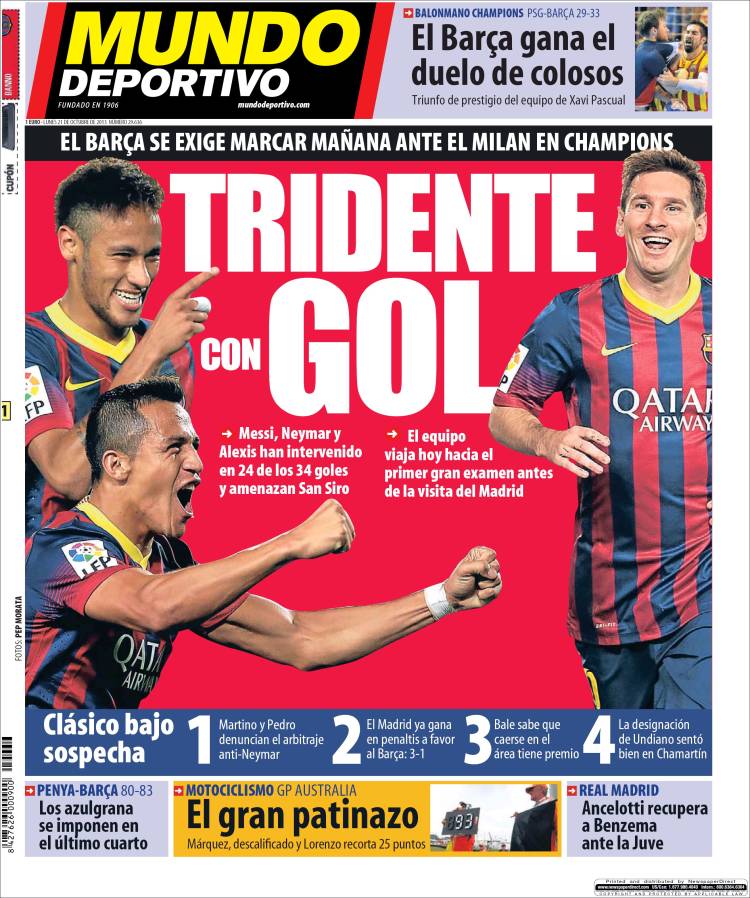 Messi, Neymar and Alexis have participated in 24 of Barca's 34 goals and now they threaten the San Siro

1. Martino and Pedro denounce the referee as being anti-Neymar

2. Madrid have won three to Barca's one penalty

3. Bale knows that if he falls in the area he will get a reward

4. The designation of Undiano falls well in Chamartin

Real Madrid: Ancelotti to call on Benzema for Juventus

Penya-Barca: Los Azulgranas on to the last four

Marquez, disqualified as Lorenzo cuts 25 points of his lead