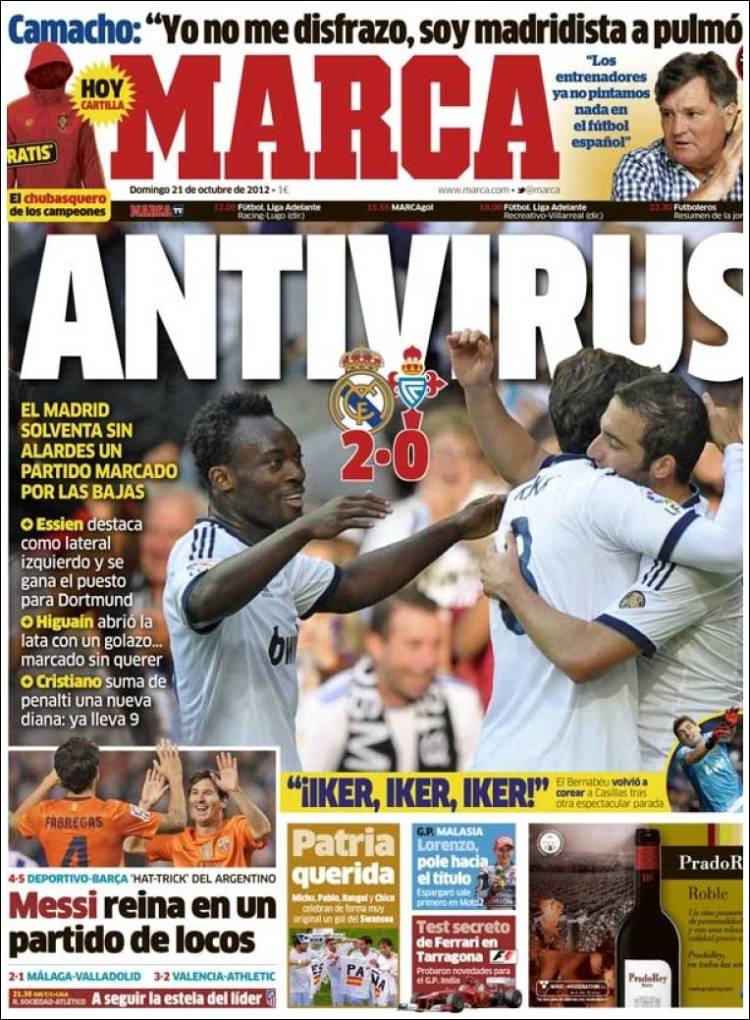 Essien shines at left back and earns a place against Dortmund

Cristiano added to it again from the penalty spot: he now has nine

Camacho: “I’m not in disguise: I’m Madrid through and through”

“None of us coaches ever showcase Spanish football”

“Iker, Iker, Iker!” The Bernabeu chant Casillas’ name again after another spectacular save

Messi reigns in a mad match

Atletico on the trail of the leaders 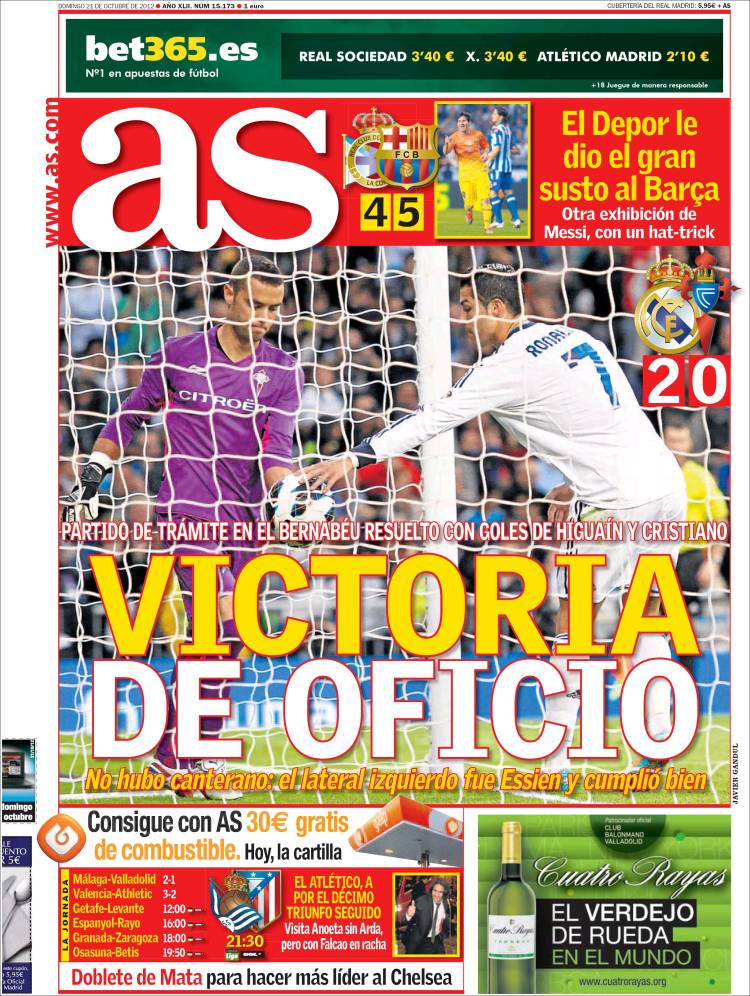 There were no youngsters: Essien played at left-back and did well

Depor give Barca a great fright

Another exhibition from Messi, who scored a hat-trick

Atletico go for their 10th consecutive victory: they visit Anoeta without Arda but with Falcao on a great run 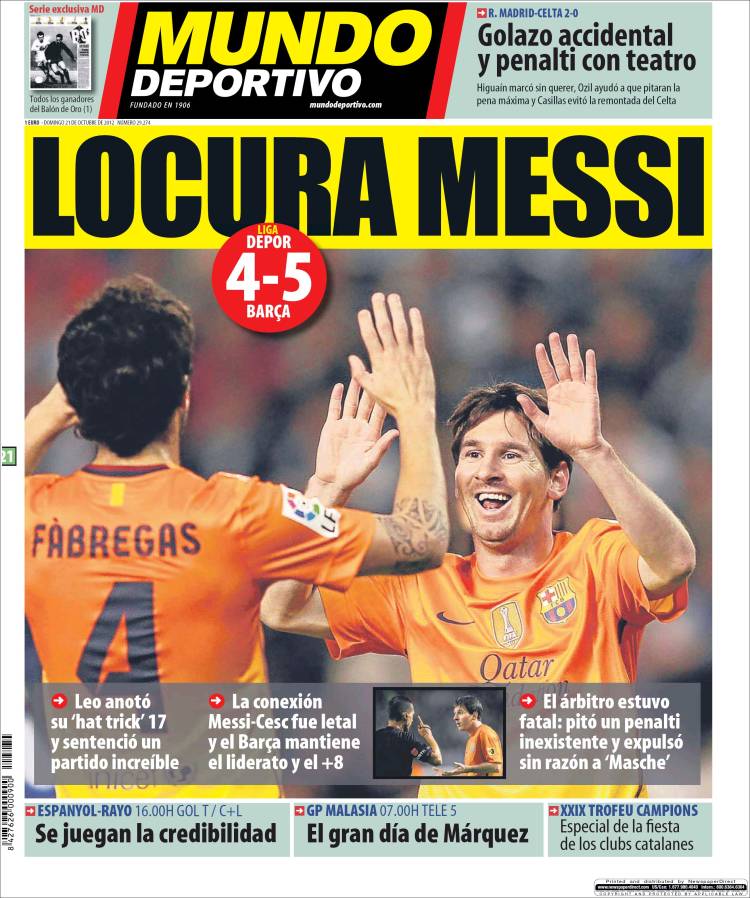 Leo gets hat-trick No17 and seals an incredible match

The referee was awful: he gave a non-existent penalty and sent ‘Masche’ off for no reason

Espanyol and Rayo play for credibility

Higuain scored without intent, Ozil helped get the penalty decision and Casillas prevented a Celta comeback