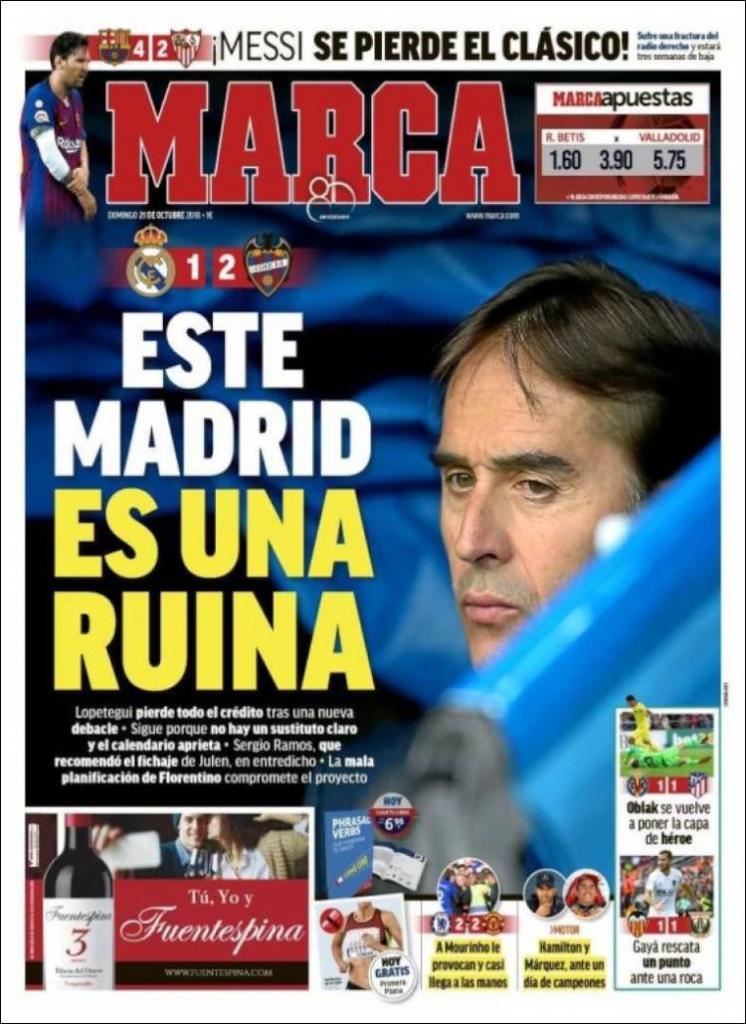 Messi is out of the Clasico

This Madrid are a wreck

Lopetegui loses all his credit after another meltdown

He's only staying on because there isn't a clear replacement

Sergio Ramos, who recommended Julen, is in question

Mourinho is provoked and almost comes to blows

Oblak puts back on his superhero cape

Gaya rescues a point against a solid Leganes 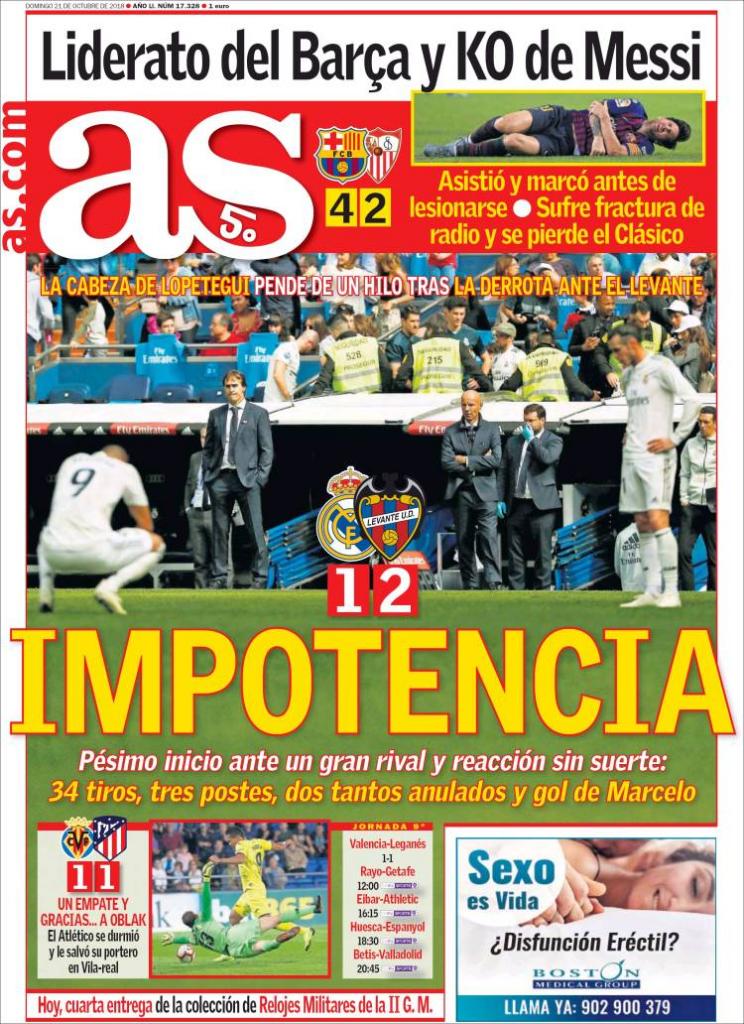 Lopetegui's head hangs by a thread after defeat to Levante

A draw and thanks... to Oblak 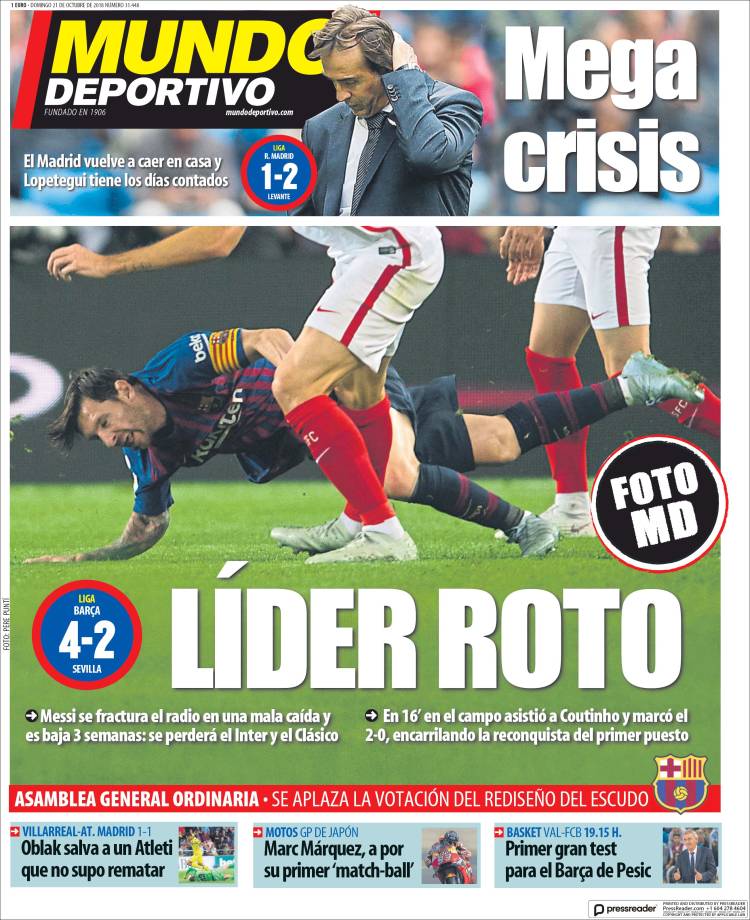 Messi fractured the radius bone in a bad fall and is out for three weeks: he'll miss Inter and the Clasico

In the 16th minute, he assisted Coutinho and then scored to make it 2-0, helping Barca regain top spot

General assembly: the vote on the badge's redesign is put back

Oblak saves an Atleti side who didn't know how to finish