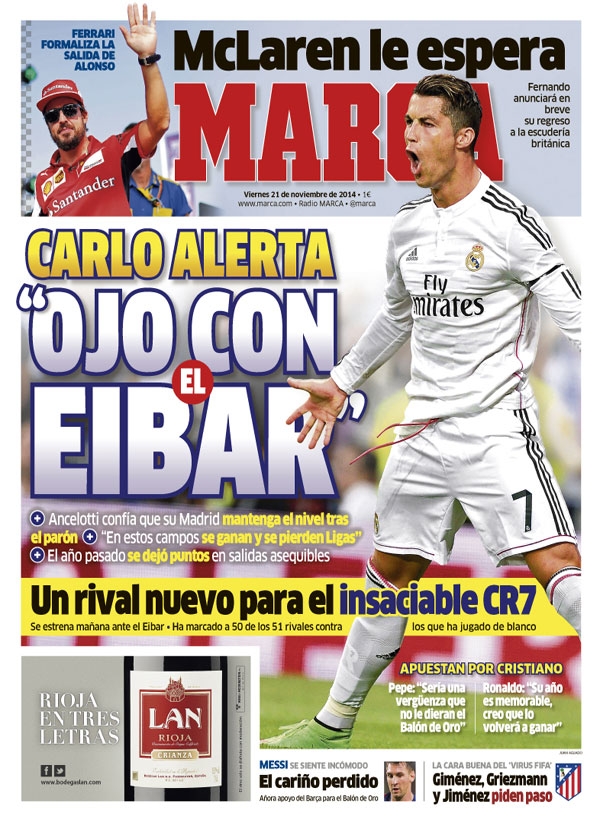 “You win and lose the League at these grounds”

Last year they lost points at winnable away games

A new rival for the insatiable CR7

He plays his first game against Eibar tomorrow

They are betting on Cristiano

Pepe: “It would be a shame if they didn’t give him the Ballon d’Or”

Ronaldo: “He’s had a memorable year, I think he’ll win it again”

The good face of the “FIFA virus”

Gimenez, Griezmann and Jimenez step up 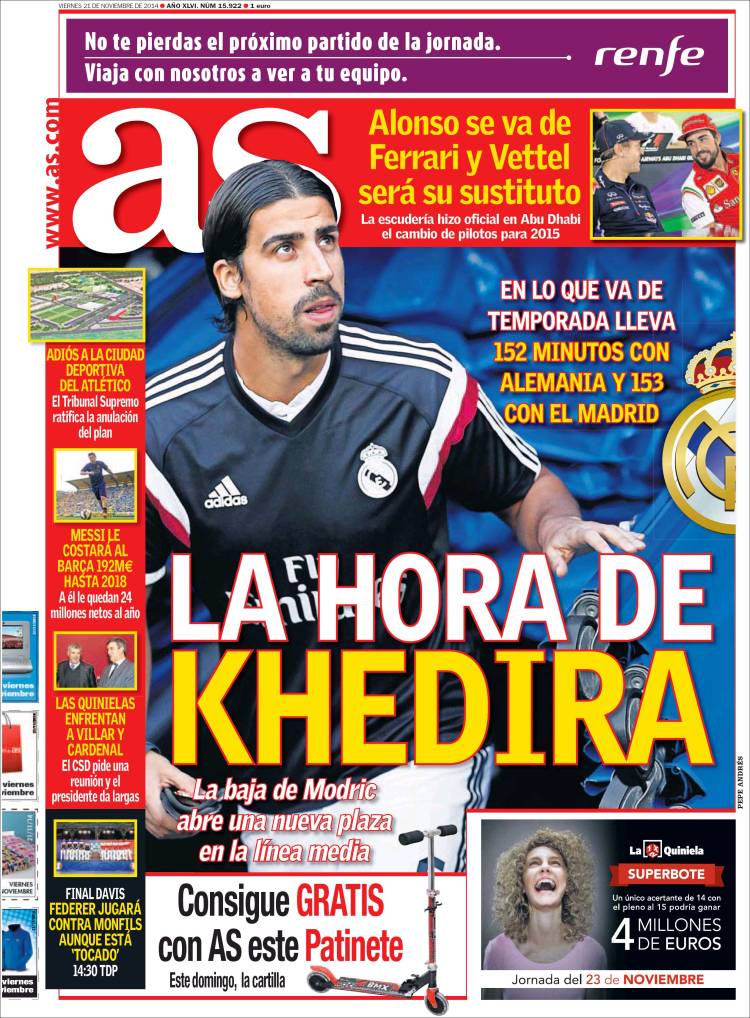 Goodbye to Atletico’s sports city: the Supreme Tribunal ratifies the cancellation of the plan

The pools companies face up to Villar and Cardenal: the CSD asks for a meeting and the President drags his feet 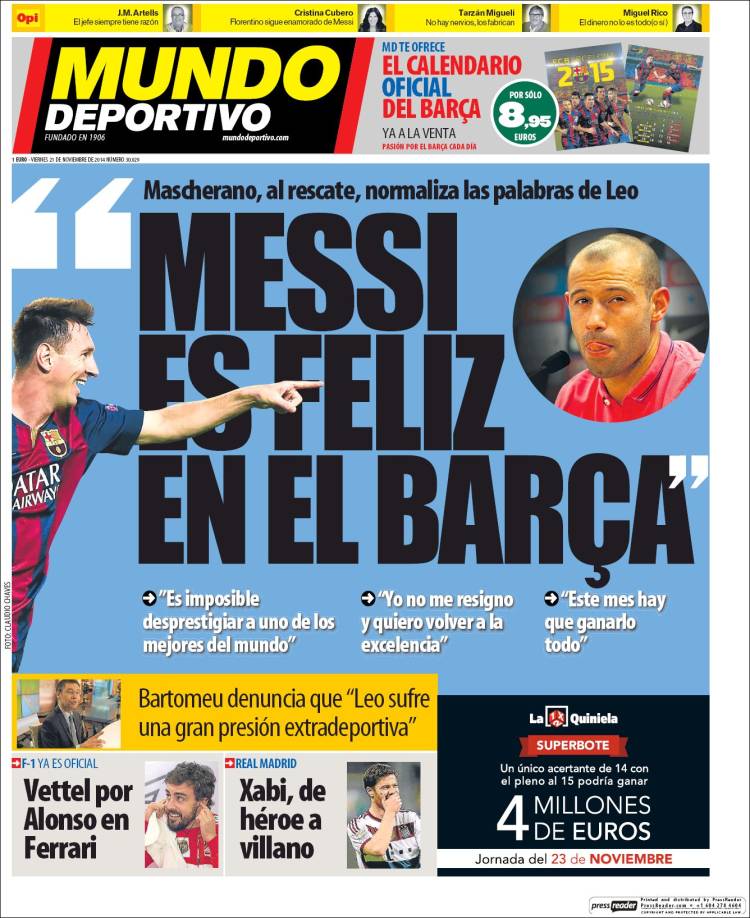 “Messi is happy at Barca”

Mascherano, to the rescue, puts his words into context

“We have to win everything this month”

Xabi, from hero to villain