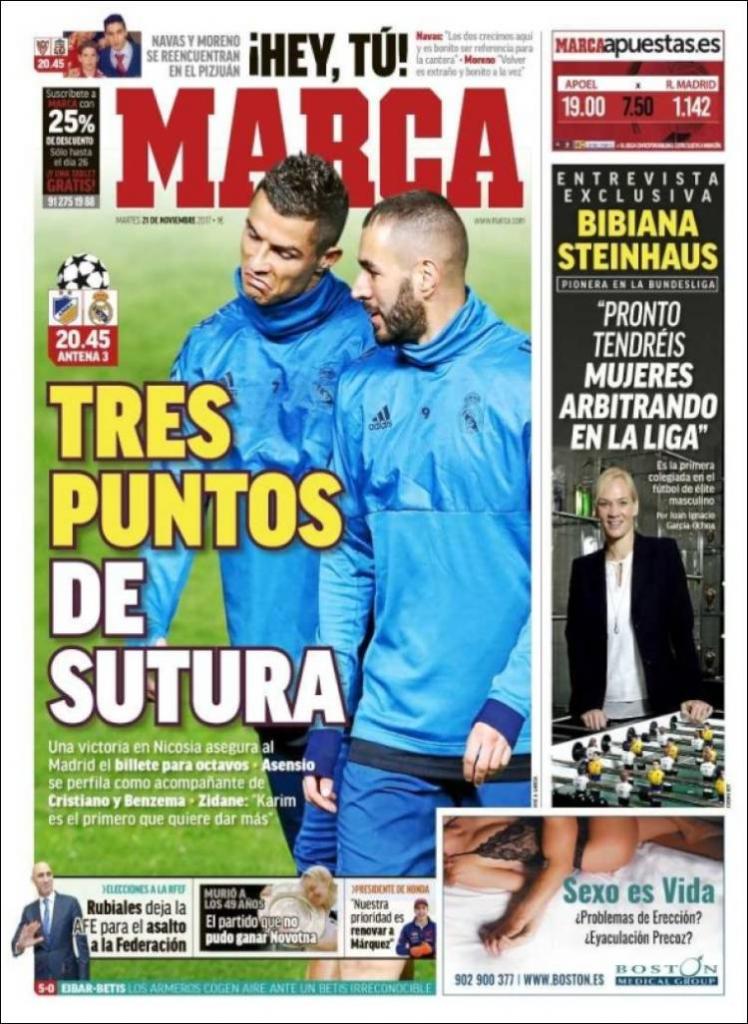 Three points to sew it up

A victory in Nicosia would assure Madrid of knockout progression, Asensio outlined to start with Cristiano and Benzema, ZZ: Karim is the first one who wants to give more 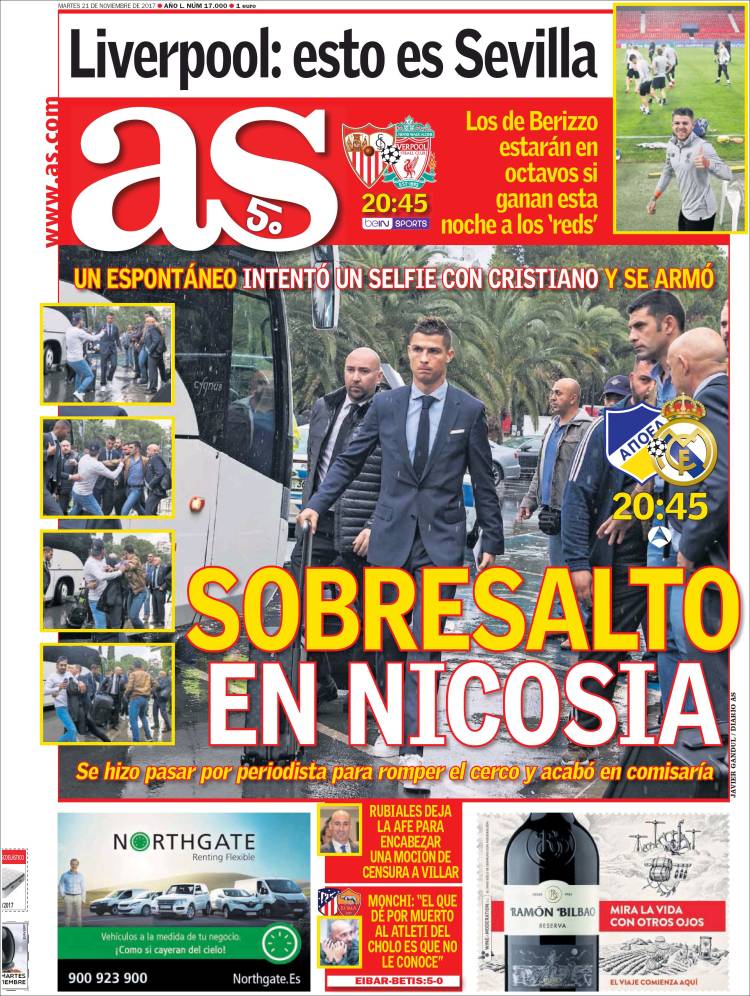 A spontaneous attempt for selfie with Ronaldo

Liverpool: This is Sevilla

Monchi: If you believe Cholo's Atleti are dead you don't know them 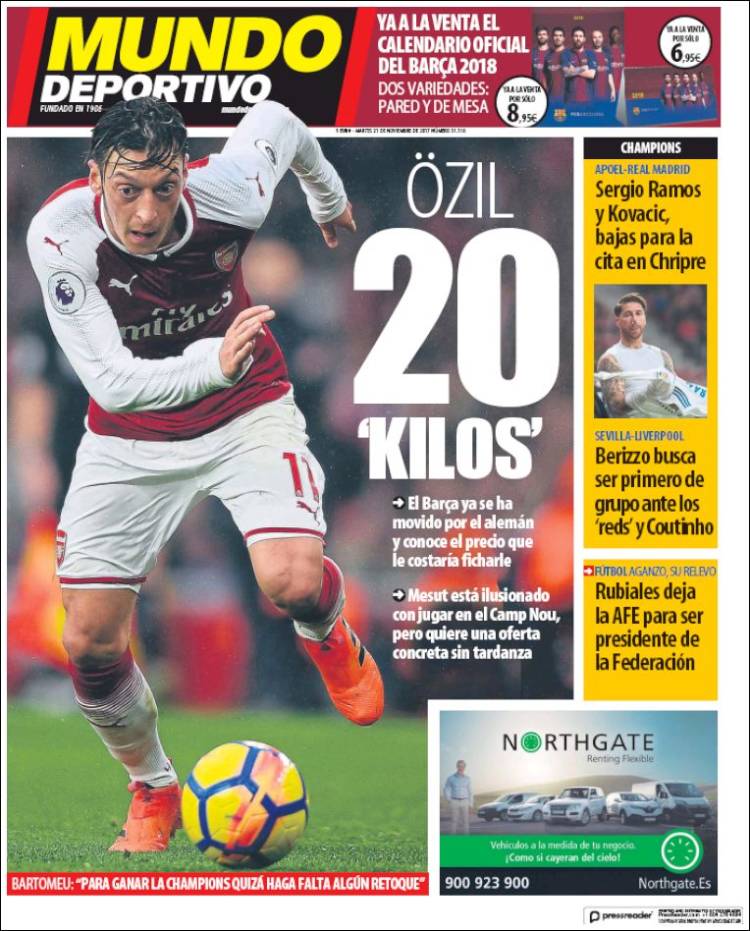 Barca have already made moves for the German and are confident of cut-price deal, Ozil wants to play in Camp Nou but wants a concrete offer without delay

Sergio Ramos and Kovacic, missing for the Chipre

Berizzo looks to be top the group of the 'Reds'