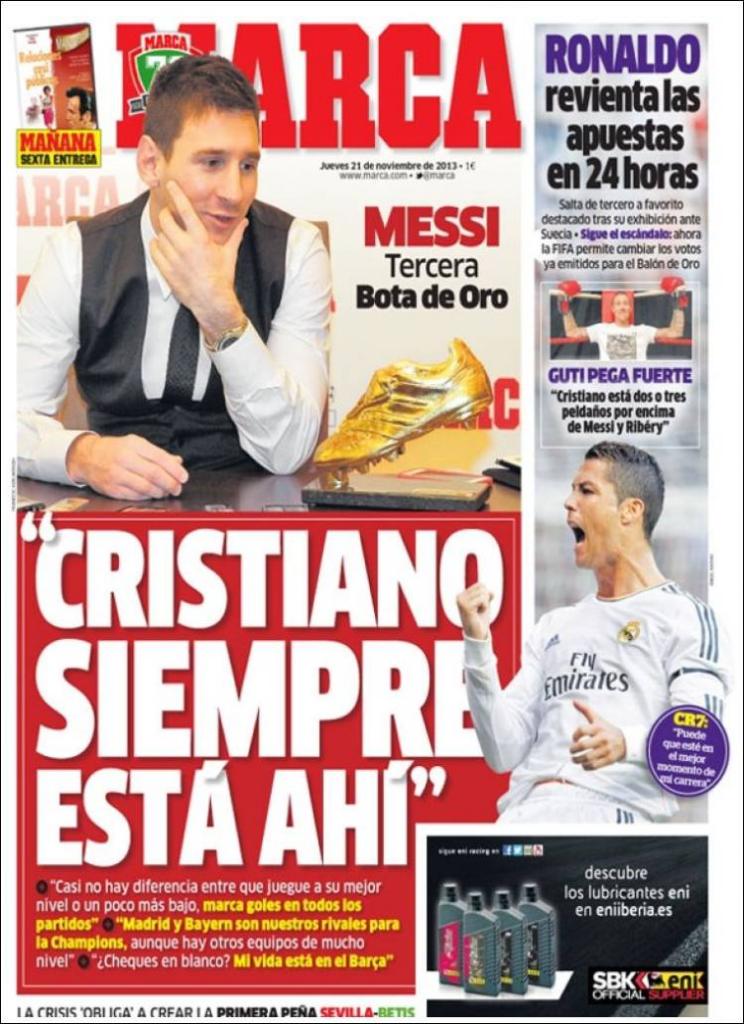 "Cristiano is always up there" Messi

"There is almost no difference between when he plays at his best or a little less, for he always scores goals"

"Madrid and Bayern are our main rivals in the Champions League, even though there are other teams at a great level"

"Blank cheques?, my life is as a Barca player"

Ronaldo turns the betting in his favour in 24 hours

He becomes the third favourite after shining in Sweden

But, scandal continues as Fifa have now extended the voting deadline

Guti punches hard: "Cristiano is two or three steps ahead of Messi and Ribery" 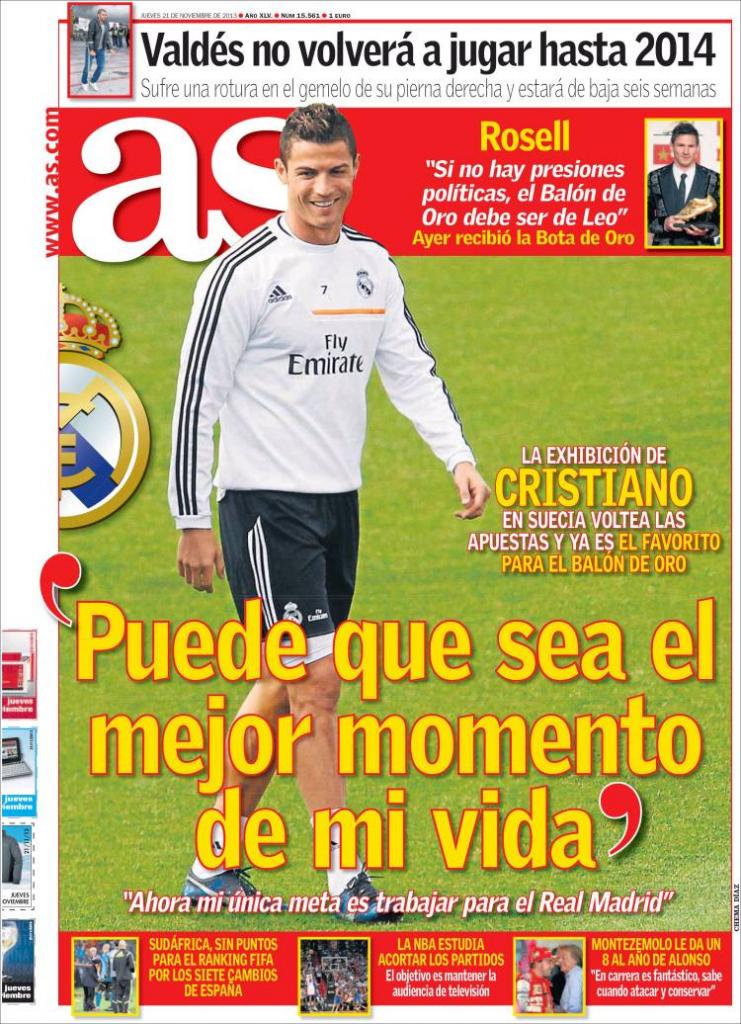 "This moment could be the best of my life" Ronaldo

"Now my only aim is to work for Real Madrid"

Rosell: "If there is no campaigning, the Balon d'Or should go to Leo"

Valdes will not play again until 2014

South Africa, without points in the Fifa rankings after Spain win

The objective is to maintain television numbers 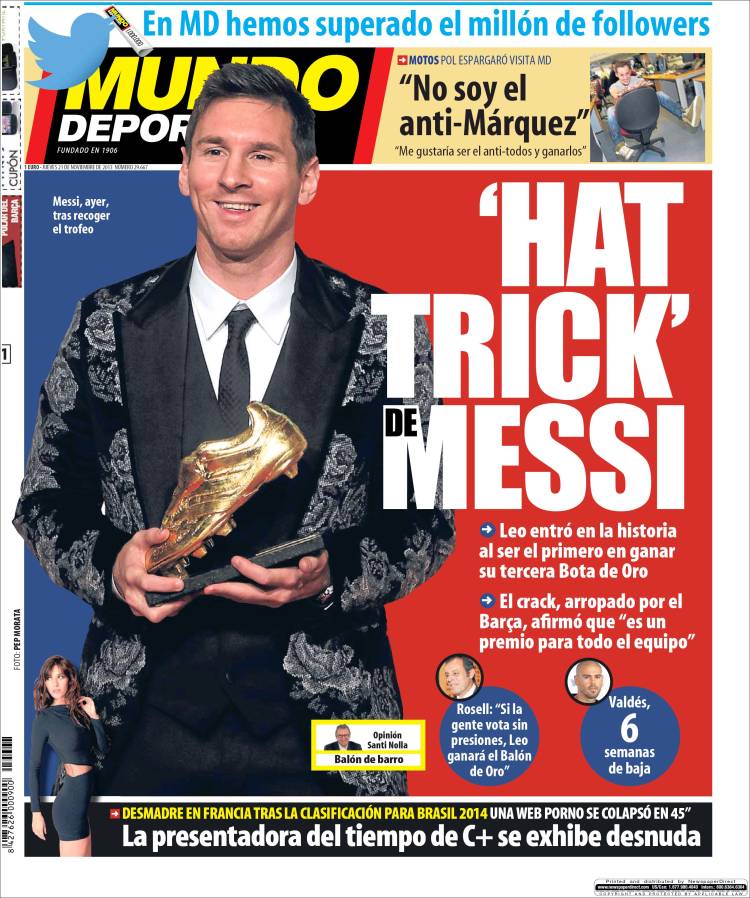 Leo becomes the first ever to win three Golden Boots

The star, truly committed to Barca, confirms, "this award is for the whole team"

Rosell: "If there is no campaigning, Leo will win the Balon d'Or"

Moto GP: " I am not the anti-Marquez", Espargaro