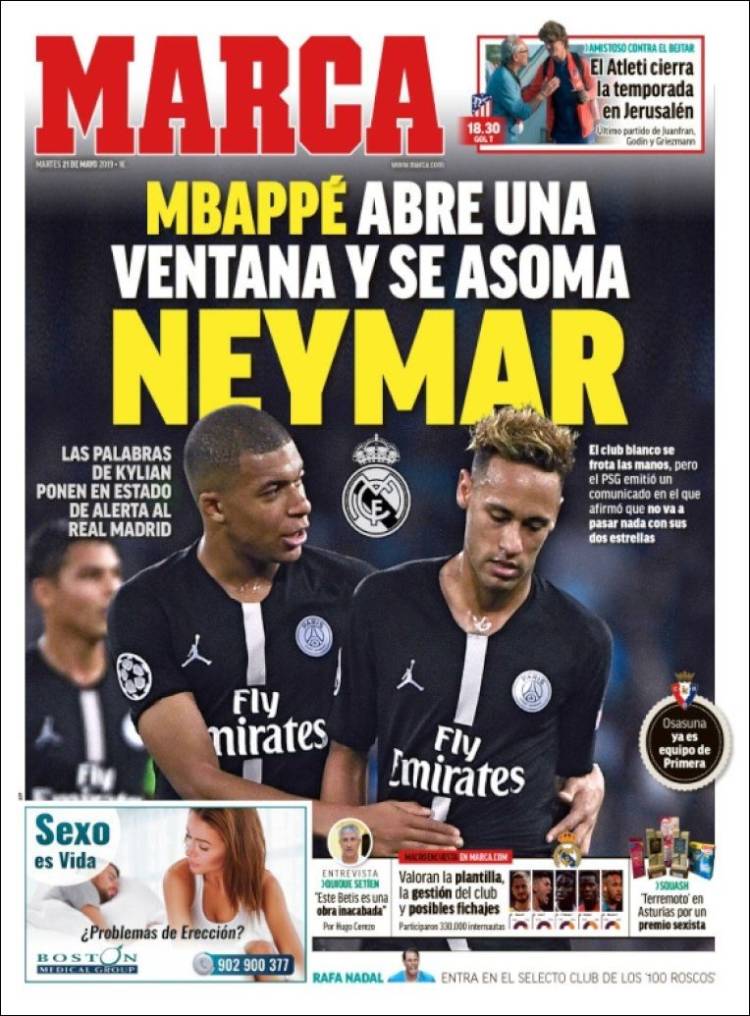 Atleti close their season in Jerusalem 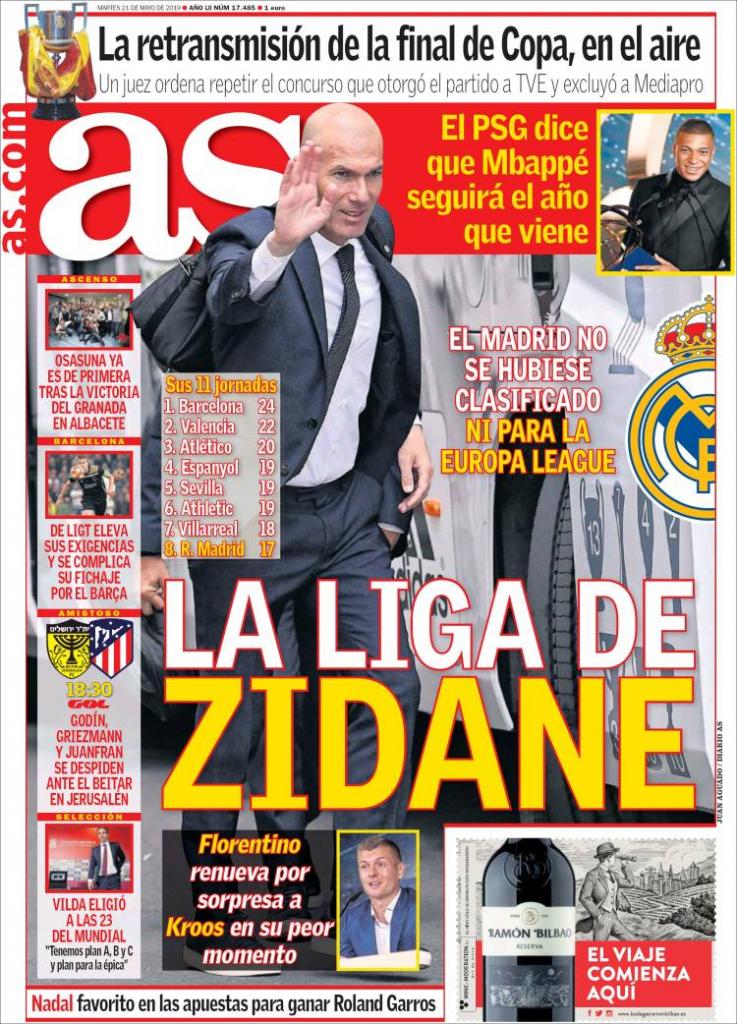 PSG say that Mbappe will continue

Osasuna back in the top flight after Granada win at Albacete

De Ligt raises his demands and complicates move to Barca

Godin, Griezmann and Juanfran to say goodbye against Beitar in Jerusalem 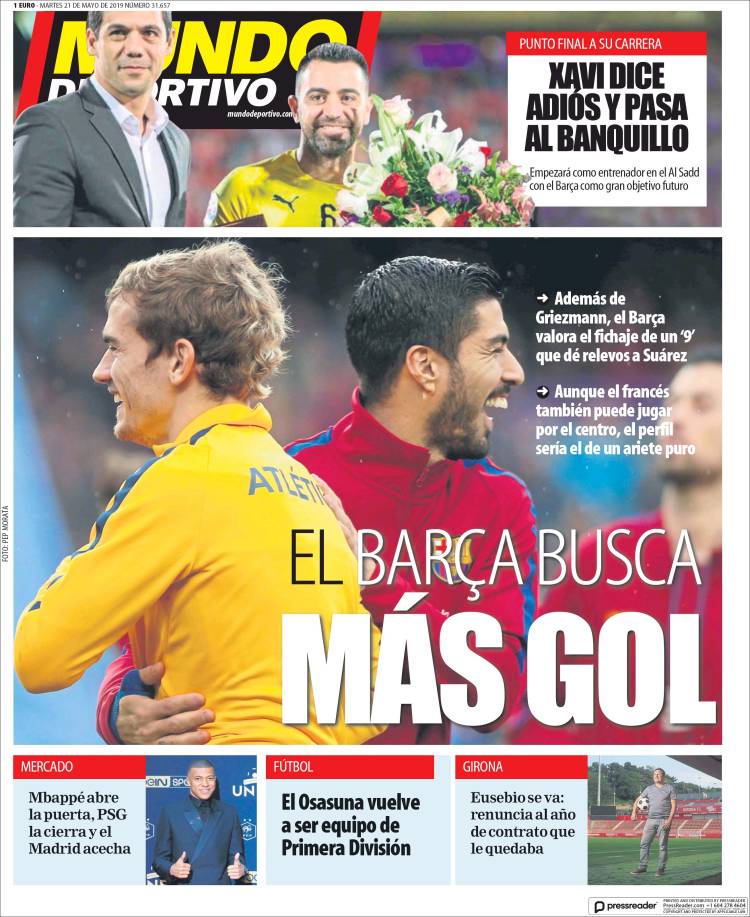 In addition to Griezmann, they want a number 9 to challenge Suarez, although the Frenchman plays central, they want a battering ram

Xavi says goodbye and moves to the bench