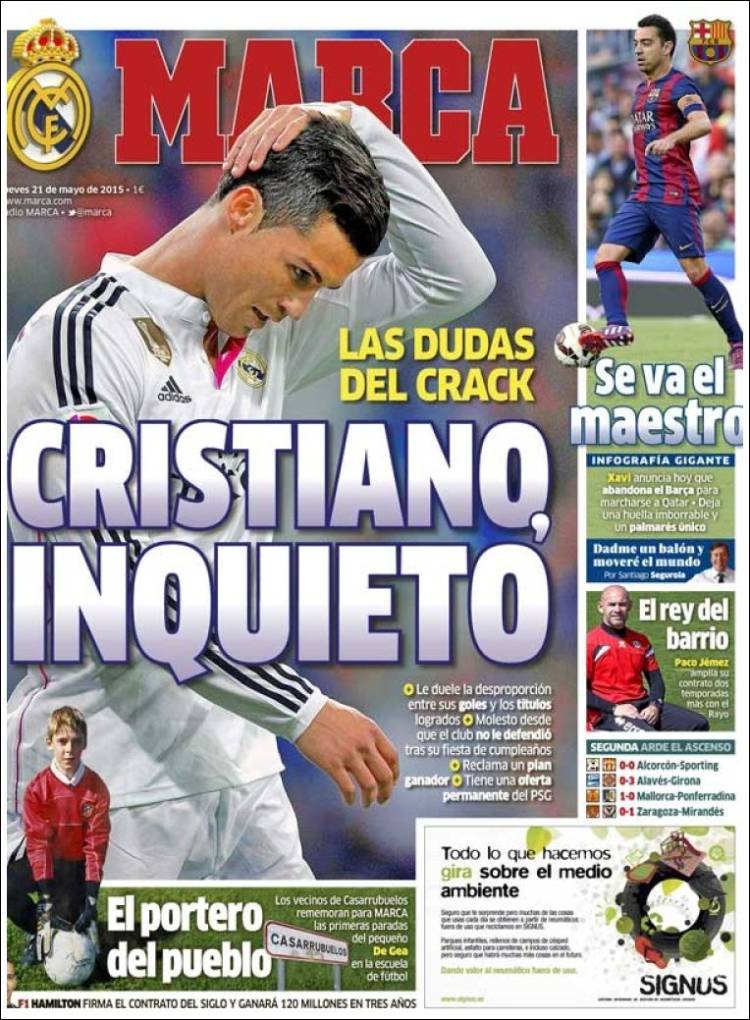 The star has doubts

The disproportion between his goals and titles won hurts him

He demands a winning plan

He has a permanent offer from PSG

He leaves an unforgettable mark and a unique roll of honour

The King of the neighbourhood

The village goalkeeper. The Casarrubuelos villagers reminisce for Marca about the small De Gea’s first saves at the football school 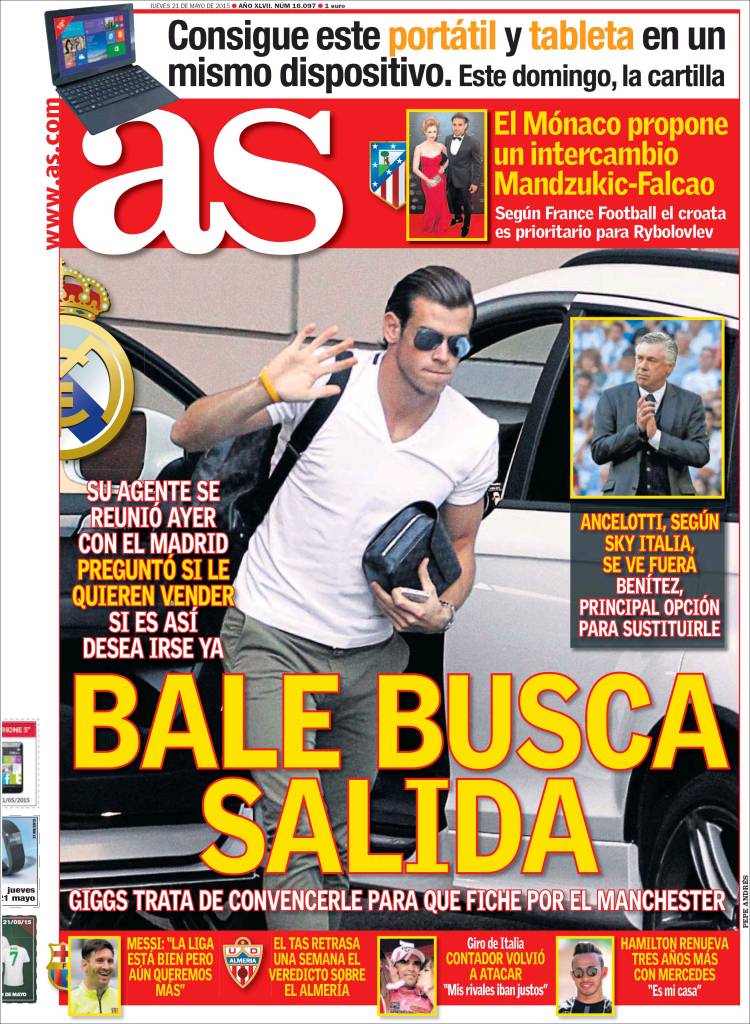 Bale looks for an exit

He asked if they want to sell him

If it’s like that he wants to go now

Giggs tries to convince him to sign for Manchester

According to Sky Italia, Ancelotti sees himself going

Benitez is the main option to succeed him

According to France Football, the Croatian is a priority for Rybolovlev

CAS delay the verdict on Almeria a week 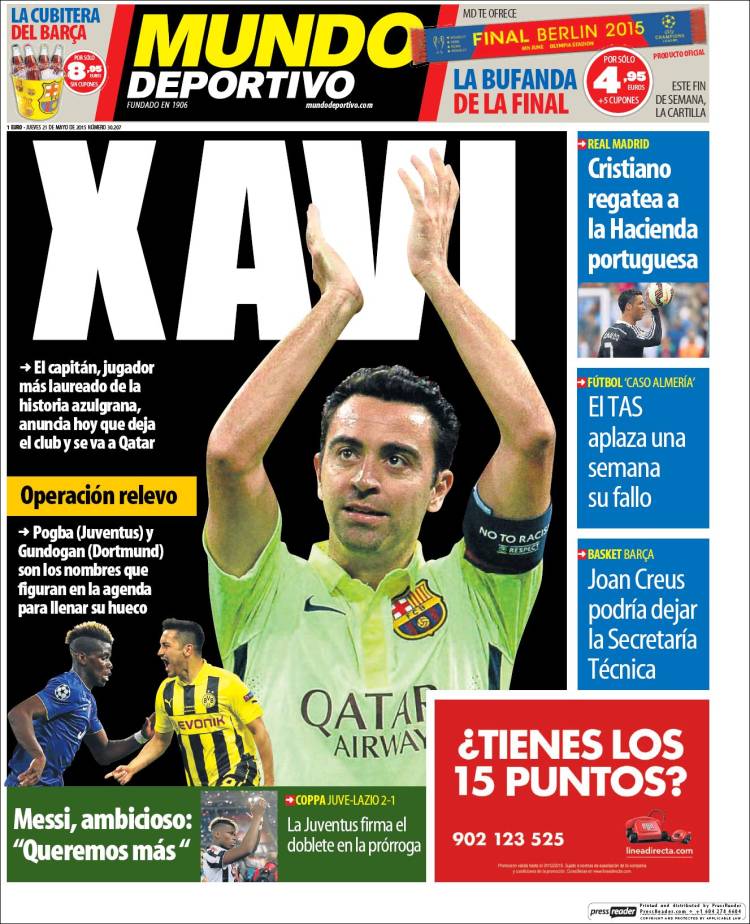 The captain, the most decorated player in Blaugrana history, will announce today that he is leaving the club to go to Qatar

Almeria: CAS delay their decision for a week

Juventus get the double in extra time