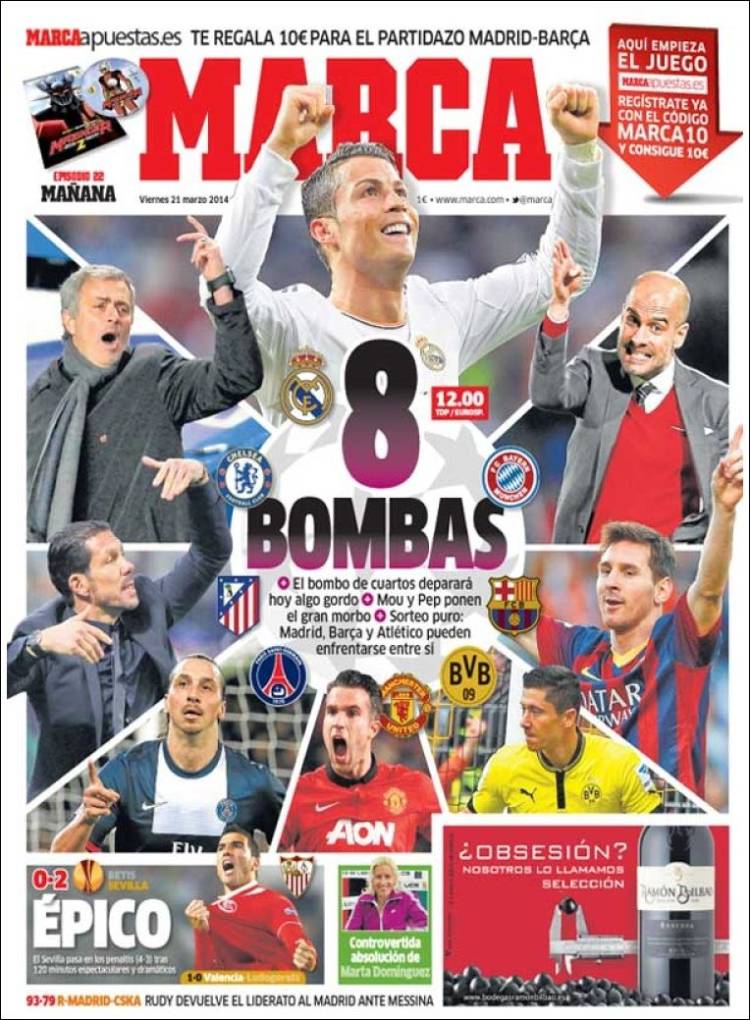 Mou and Pep could face each other

Madrid, Barca and Atletico could all face each other

Epic: Sevilla win on penalties after 120 minutes of spectacular and dramatic football 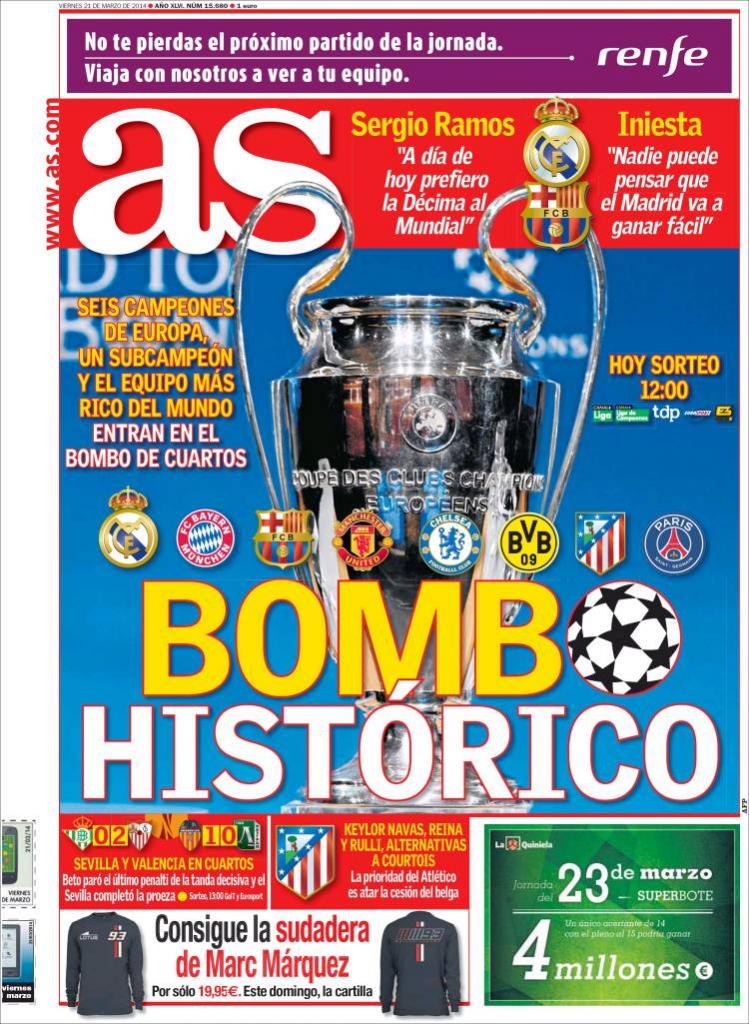 Six champions, one runners-up and the most expensive team in history enter the draw for the quarter finals

Sergio Ramos: "Today I prefer to win La Decima than the World Cup"

Iniesta: "Nobody thinks that Madrid will win easily"

Keylor Navas, Reina and Rulli are the alternatives to Courtois

The priority for Atletico is to keep the Belgian

Sevilla and Valencia into the quarter finals 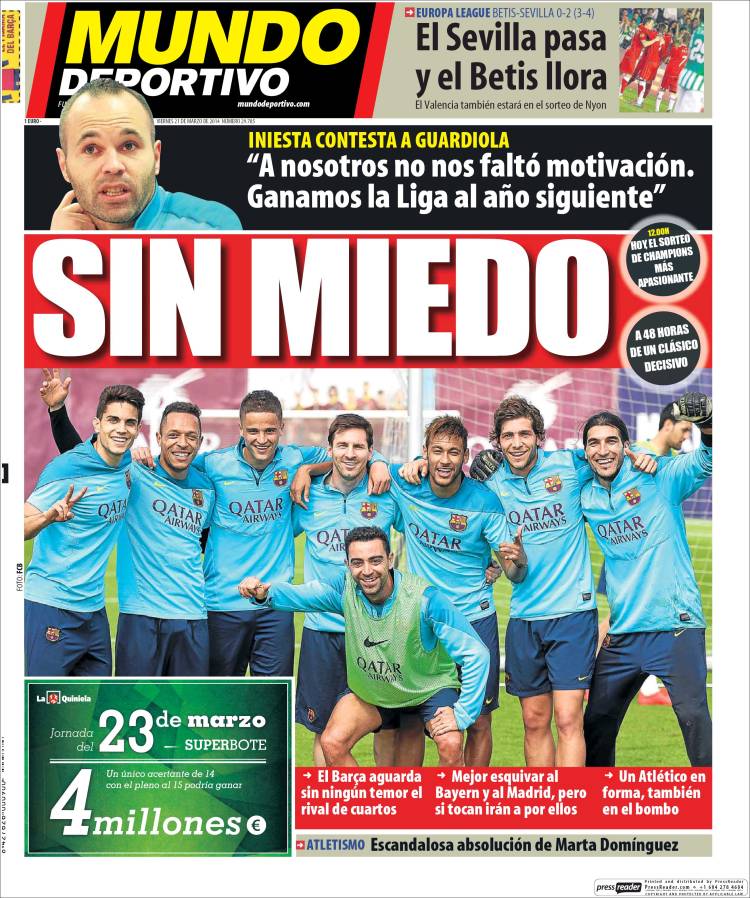 Iniesta answers Guardiola: "We did not lack motivation. We won La Liga the following year"

Valencia also make into the draw in Nyon

Barca do not fear not one side in the UCL

Better to avoid Bayern and Madrid but if they get one of them, they will go for it

Atletico also in the draw